Editorial note: An organization called "Roman Catholic Womenpriests" announced, in a news release dated October 15, 2007, that it would be undertaking a ceremony on November 11, 2007, at the synagogue building of Central Reform Congregation, St. Louis, that would purport to ordain two women to the Roman Catholic priesthood. The following article serves to present briefly the teaching of the Roman Catholic Church regarding the ordained priesthood and who may be admitted to Holy Orders. The article is followed by links to some helpful supplemental resources, and a perspective on concerns regarding interfaith relationships arising from Central Reform Congregation's hosting of the November 11 event.

It has been the universal and consistent practice of the Church to ordain only men to the priesthood. This practice is based upon Christ's manner of acting in choosing only men as his apostles. The Church believes that Christ's way of acting was not an arbitrary one and did not proceed from sociological or cultural motives peculiar to his time but was in keeping with the divine plan for the Church. The constant teaching and practice down through the centuries has always maintained that the reservation of the priesthood to men is part of the fundamental structure Christ gave to the priesthood and, in turn, is in accordance with His plan for the Church.

As Pope John Paul II pointed out on a number of occasions, the Holy Scriptures proclaim that Christ's plan for the Church is spousal and marital. This plan was foreshadowed in the Old Testament, as we see in the prophet Isaiah (54:4-8, 10), who portrayed the Covenant between the Chosen People and God as a "marriage" whereby God himself was understood to be a husband steadfast in his love for his wife.

In his Second Letter to the Corinthians, Saint Paul uses the same spousal imagery of the Church and Christ when he admonishes the readers that he feels a "divine jealously" with regard to them, "for I betrothed you to Christ to present you as a pure bride to her one husband" (2 Corinthians 11:2). In the Letter of Saint Paul to the Ephesians (5:21-32), the relationship of Christ and the Church is said to be a great mystery in the likeness between a man's love for a woman and Christ's love for the Church. Christ is the Head and Bridegroom of the Church who "loved the Church and gave himself up for her that he might sanctify her" (5:25). Loved by Christ, the Church is joined to him as a wife is to her husband: "the two shall become one flesh" (Genesis 2:24).

It is helpful to recall what is written in the Catechism of the Catholic Church, 875:

"How are they to believe in him of whom they have never heard? And how are they to hear without a preacher? And how can men preach unless they are sent?" (Romans 10:14-15). No one — no individual and no community — can proclaim the Gospel to himself: "Faith comes from what is heard" (Romans 10:17). No one can give himself the mandate and the mission to proclaim the Gospel. The one sent by the Lord does not speak and act on his own authority, but by virtue of Christ's authority; not as a member of the community, but speaking to it in the name of Christ. No one can bestow grace on himself; it must be given and offered. This fact presupposes ministers of grace, authorized and empowered by Christ. From him, bishops and priests receive the mission and faculty ("the sacred power") to act in persona Christi Capitis; deacons receive the strength to serve the people of God in the diaconia of liturgy, word and charity, in communion with the bishop and his presbyterate. The ministry in which Christ's emissaries do and give by God's grace what they cannot do and give by their own powers, is called a "sacrament" by the Church's tradition. Indeed, the ministry of the Church is conferred by a special sacrament.

As Pope John Paul II observed, it is the Eucharist above all that expresses the redemptive act of Christ, the Bridegroom, toward the Church, the Bride. This is clear and unambiguous when the sacramental ministry of the Eucharist is performed by an ordained man who acts in the person of Christ. The priest is the living image of Jesus Christ, the spouse of the Church. Understood against this background, we can better see why Christ called only men to be apostles who speak and act in his name for the Church.

There is another perspective that is helpful for understanding the Church's practice of ordaining only men. The sacraments of priesthood and marriage stand together. Marriage is a sacrament because it is a sign of, and a participation in, the spousal covenant of Christ and the Church. If the manhood of Christ is theologically insignificant for the priesthood, then sexual differentiation must be immaterial to the sacrament of marriage as well. It cannot become irrelevant for one without becoming irrelevant for the other.

On the contrary, what the Church teaches and what she proclaims in the sacraments is the truth that sexuality is not only part of God's good creation but that in Christ it holds a meaning more profound than we ever could have imagined. In other words, masculinity and femininity in the human order complete and explain one ot

her. In Christ, we have the one who enters our history and remains as the Bridegroom, as the one who has given himself in the most complete and radical way, laying down his life for his Bride, the Church. Through the power of the Holy Spirit, Christ enables us to participate in his love, in his sincere gift of self, and so enables us to live the full truth of our sexuality as men and women.

This article courtesy of the Archdiocese of Saint Louis.

1 posted on 11/11/2007 2:56:42 PM PST by NYer
[ Post Reply | Private Reply | View Replies]
To: Salvation; narses; SMEDLEYBUTLER; redhead; Notwithstanding; nickcarraway; Romulus; ...
It has been the universal and consistent practice of the Church to ordain only men to the priesthood.

This is also true in the Orthodox Church.

2 posted on 11/11/2007 2:58:17 PM PST by NYer ("Where the bishop is present, there is the Catholic Church" - Ignatius of Antioch)
[ Post Reply | Private Reply | To 1 | View Replies]
To: NYer
It has been the universal and consistent practice of the Church to ordain only men to the priesthood. This is also true in the Orthodox Church.

It also is true in the Continuing Anglican church.

The root of the whole idea of ordaining women to the priesthood is simply pride and foolishness. 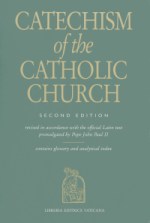 Here are four pages about the Sacrament of Holy Orders from the Catechism of the Catholic Church. #1580 specifically talks about "married priests."

And part of that pride is pride in thinking we can dope out what can only be revealed.

My personal conjecture for ONE reason God invented the sexes is this. Men and women are undoubtedly alike in being potentially rational animals. In every other important respect they are so different as to be complete mysteries to one another.

That's my argument, and I'm sticking to it.

But the serious part of it is that we just cannot demonstrate knowledge of the nature of the sexes conclusively. We can't even agree what the differences are. (George Gobel: I always thought of women as, kind of, round men.) With that undeniable ignorance, to think that we can play around with gender roles is sheer madness. It HAS to be a matter of revelation, of a decree from a higher and more competent court with unquestionable jurisdiction.

To say that Jesus chose men for Apostles because of social conditioning is laughable. It's about as laughable to say that HE was hip enough to KNOW that wimmins would be just as good at the whole apostle thing as men are, only He couldn't close the sale on the society of His age.

So we're left with, He chose men. He was God the Son of God. You wanna tangle with that, be my guest. I ain' messin' widdit.

I just rescued an 8 week old kitten of the male persuasion. Name of "Clint not Clinton Junior Lightning".

He is definitely a guy. I mean even if he weren't the only cat I've ever had who plays with my ammo, he is just guyish. Our other cat, Pollyanna Rivanna Luxapalila Chincoteague Dot Org, when she wants to play, sort of cocks her head to oneside until it's almost upside down. Clint just acts like a 10 inch tall grizzly bear. He doesn't do coy.

7 posted on 11/11/2007 6:40:51 PM PST by Salvation (†With God all things are possible.†)
[ Post Reply | Private Reply | To 1 | View Replies]
To: All
Pope Defends Clergy Celibacy Order
Has the Time Come to Consider Making Celibacy Truly Optional In the Western Church?
Catholic Scandals: A Crisis for Celibacy?
Celibacy of the priesthood is a church strength, not a liability
Celibacy s history of power and money

Pope: Priests Must Stay Celibate
Giving Thanks for the Good Shepherds ( A Defense of Priestly Celibacy)
Don't end celibacy for priests
The celibate superhero
Priestly Celibacy And Its Roots In Christ

How to Refute Arguments Against Priestly Celibacy
Priestly Celibacy Reflects Who - and Whose - We Are[Father George W.Rutler]
Celibacy
Tracing the Glorious Origins of Celibacy
God’s call to celibacy for the sake of His Kingdom - by Card. George

Vatican Says Celibacy Rule Nonnegotiable
Bishop Attacks Move to End Celibacy
A response to Fr. Joseph Wilson's defense of mandatory celibacy
The gift of Priestly celibacy as a sign of the charity of Christ, by Mother Teresa of Calcutta
Archbishop Dolan:"We Need to Be Renewing Our Pledge to Celibacy, Not Questioning It"

Celibacy is gift cherished by church
Celibacy Will Save the Priesthood
Celibacy Defended by EWTN's Fr. Levis
Call To Action: Dump Celibacy
The (Catholic) Church Has Always Prospered When Celibacy Is Honored

John Paul II Hails "Inestimable Value" of Priestly Celibacy
For Priests, Celibacy Is Not the Problem
Fr. Shannon Collins Discusses Celibacy
5 Arguments Against (Catholic) Priestly Celibacy and How to Refute Them
Why A Married Priesthood Won't Remedy the Priest Shortage

Priest shortage stems from crisis of faith, ignorance of the infinite, not celibacy, say Bishops [at Synod]
Synod Affirms Priestly Celibacy
Married Priests Aren’t the Answer (a seminarian states his view)
5 Arguments Against Priestly Celibacy and How to Refute Them
(Catholic) Church makes a clear distinction between chastity and celibacy, says Priest

Why Not Married Priests? The Case for Clerical Celibacy
Married, ex-Episcopalian ordained a Catholic priest in California
Getting It Right:The Foundation of Friendship (What can a celibate priest really teach us about love
Another One Takes the Plunge [swims the Tiber]
Following the Signs (to a priestly vocation)

Should Catholic priests have the right to marry?
Married Priests Back Celibacy (Part 1 of 2)
The Nature of Priestly Ordination: Theological Background and Some Present Concerns