Nail my head to a tree and toss me down the shaft, another one.  What's this with the Episcopal/Wiccan priest combo?  Is it a cost-saving move?  A new ecumenical partnership?  Did they consult ELCA?  Or maybe it's part of that PR campaign in Michigan.  "My God is . . . the Green Man.  I am an Episcopalian."

But the real center of Celtic Christianity-the monastic life, with great stress on extreme bodily asceticism and energetic evangelism-is hadly what people are looking for today.  St. Cuthbert, one of the greatest of the Celtic saints, used to pray standing up to his waist in the sea of the northeast coast of England.  There's no evidence that the sea there was any less bitterly cold then than it is in our own day.  Nor are there any signs of today's cheerful Celtic enthusiasts embracing that kind of mortification of the flesh. (From his new book, Simply Christian)

Maybe just up to the ankles, for a few minutes.

A former Episcopalian priest claims reading Harry Potter during a mid-life crisis led him to eventually decide to become a Wiccan priest.

By most standards, Wayne Haney appears entirely normal. He is a teacher of World History and American History at North Branch High School in rural Lapeer County in Michigan, approximately 80 miles north of Detroit. He is 41 years old, married, and the father of two.

Haney was not raised in a church, but he began attending a Episcopal church in Plainwell Michigan during his high school years. Eventually Haney attended Virginia Theological Seminary and became an Episcopalian priest, serving his church in New Hampshire and Michigan.

But Haney says after serving only five years as a priest, he left the Episcopalian church over “the strain of leading a Christian flock while not fully being able to believe the message I was preaching.”

This dropped him “into what might be called a very early mid-life crisis” that required psychological treatment, according to an article in the Battle Creek Enquirer (03/04/06). Haney was contacted by Spero News, but declined to comment. Instead, Haney referred Spero News to the Battlecreek Enquirer article for material.

None of this would seem remarkable to most parents and other observers, other than the fact that Haney is now a practicing minister of the Sacred Birch Society, a Wiccan group that meets regularly in the Lapeer Michigan area.

Claiming that he does not proselytize, Haney hopes nonetheless to be a resource for enquirers into his new found faith. Wiccans claim that their system of beliefs is compatible with other religions, even while they deny Christian teachings as to the identity of Jesus Christ. Some Wiccans also deny the label of “Satanist” since they deny the existence of Satan. Wiccans have practices that draw from a variety of Celtic, Norse, Greek, Roman, and Egyptian sources, as well as the esoteric and sexual practices of eccentrics such as the sexual revolutionary and occultist Aleister Crowley.

According to the Battle Creek Enquirer, Haney says that it was during this crisis of faith that he began to read the “Harry Potter” series of books to his children. The magic depicted in the books aroused a curiosity in Haney that led him to Web-searches and other readings. This led finally to a Wiccan group in nearby Flint, Michigan where he and his wife were welcomed.

Having since become a Wiccan minister (which has chaplains in the US military), Haney leads worshipers in thanksgiving for what they have been given “not from a sense of spiritual duty as part of a life that leads to heavenly rewards.” He said that he has performed wedding ceremonies at the planetarium located in Flint, near the campus of Mott Community College and University of Michigan-Flint.

Wiccan has been a source of controversy in Michigan schools recently.

In Muskegon Michigan, parents complained after the publication of the Winter 2005 issue of the Muskegon middle school’s student newspaper included an article written by an 8th grader describing his aunt as a Wiccan witch. The child described generally the meetings he attended with his aunt where he received indoctrination in its system of beliefs. School officials pledged, only after being contacted by the president of the Michigan chapter of the American Family Association, to ensure that the newspaper would no longer feature articles encouraging experimentation in the occult.

In 2001, parents in Port Huron Michigan expressed deep reservations about Earth Day curricula that they felt had Wicca-inspired incantations and teachings. The curriculum was removed after parents challenged the school system. Websites such as “Witchvox” offer personal pages for Wiccans and enquirers, some of whom are minors and high school students.

[Sorry for the formatting. The page was created using Microsoft software, and it would take too long to undo the bloated, messy HTML. --sionnsar]

Maybe they consulted one of her more notorious Bay area congregations www.herchurch.org 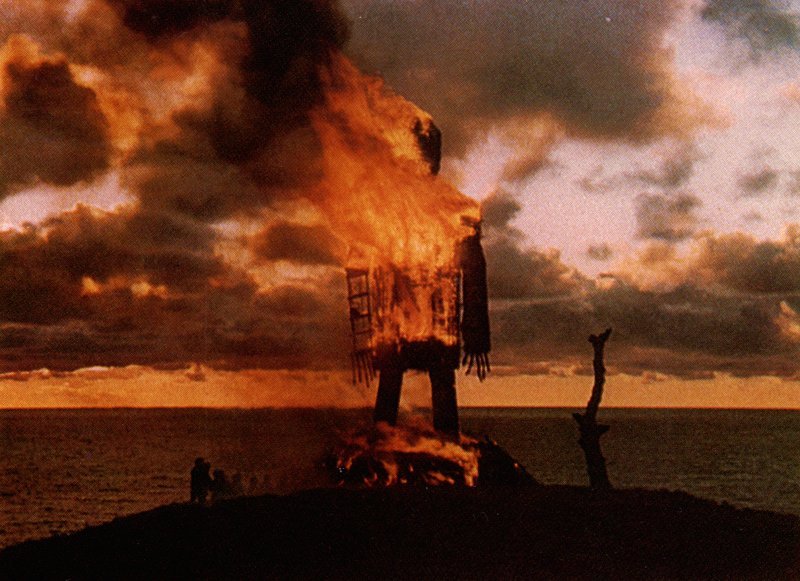