I received an e-mail from India from an Indian Catholic of Portuguese Descent from the Portuguese Colony of Goa in India ; name withheld on request. In modern times, the Catholic Church is destroying herself. This has never happened in the course of history.

"My ancestors were evangelized by Catholic Missionaries such as Saint Francis Xavier and good Dominican, Franciscan, and Jesuit Missionaries and I live in India

I have a great devotion to the Divine Mercy, Sacred Heart, The Blessed Sacrament, and Our Lady.

I am shocked and scandalized that there are Indian Priests who are heretics and prepared to engage in large scale Paganism. I visited your web-page where I read the article "Catholic Priests to adopt Hindu Rituals" as well as the Link to the article from NDTV.com.

I have been aware of this for some time and like most Orthodox Indian Catholics I believe that there is nothing we can do except pray as we are a captive audience in our churches and Our Cardinals and Bishops are just not listening to us.

Since,Tuesday over 400 Priests and more than half a dozen bishops have been meeting at the Papal Seminary in Poona-- a City not far from Bombay where I live. They have grandiose plans to paganize the Church by not only incorporating Hindu Rituals but also by violating the sanctity of many of our Catholic Churches with the installation of Hindu Gods and Goddesses near the Blessed Sacrament as well as on the Altar.

Let me really be honest with you. Since, the early 1990's in different parts of India Heretical Priests mainly Jesuits have been celebrating Masses where Readings from the Religious Books of Hindus and Muslims have been taking place as well as other pagan rituals of these two pagan religions.

Not only this, in some parts of India The Tabernacle is in the shape of the intimate organs of a number of different Hindu Gods and Goddesses; This is specially the case in some parts of South India.

This "Evil Inculturation" which they are bent on incorporating seems to have no limits. Why do we need to have these pagan rituals when The Catholic Church is rich with its own symbolism in the Liturgy which has been practiced for Centuries.

There are numerous Priests in India who are hard core heretics and are not ashamed of the consequences that might follow from this act.

Whatever, these Heretics want to incorporate in Catholic Churches throughout the Length and Breadth of India has been practiced by them for a number of years in the confines of this Seminary and secretly by them in their Churches.

Finally, let me tell you that a number of priests from this Seminary have been excommunicated by Cardinal Ratzinger in the 1990's, But this has not deterred them from pursuing this course of action which is going to be detrimental to the Faith of Thousands of Indian Catholics.

A Number of Priests have been excommunicated in the past most notably a Jesuit Professor by the name of Father Luis Bermejo S.J. who promoted, practiced, and taught all these Pagan Practices. He is a Spanish Jesuit who is a Hard-Core Heretic.

Please pray for the Catholic Church in India as it faces a swelling tide of pagan behaviour at the hands of its own priests.

I believe The Holy Father needs to be apprised of this Issue by Orthodox Catholics from all over the world and realize that he must not give in to these Heretics who call themselves "Priests". Catholic Priests in India for the last 10-15 years have forsaken The Faithful of Christ by promoting Pagan Religions.

Let me end this email by saying that there are a large number of Priests in India specially Jesuits, Salesians, Redemptorists, and even some Diocesan Priests who have been reciting verses from the "Bhagvadgita"-- the Religious Book of Hindus in Catholic Churches and substituting those verses for the first and second reading in the Mass for a number of years or at least two decades in a number of Cities and Towns.

They have even started over the last 15 years, reciting verses from the "Koran" in the Mass in Churches in different parts of India or getting Moslems from Islamic Religious Schools or Imams from Mosques to do the same.

They now plan to extend this Pagan Behavior to all Catholic Churches in India and add some more pagan rituals. Let me also tell you that for the last 10-15 years, as a result of this pagan behavior by priests large numbers of Indian Catholics in Cities like Bombay, Bangalore, and places like Goa, Kerala, etc have left the Catholic Church for "U.S. based Pentecostal Churches" like The Assembly of God, or the Seventh-Day Adventists or any Pentecostal Church you can think of. They are mushrooming in many places in India.

Between 70,000- 1,50,000 Catholics have left the Catholic Church in Bombay in the last 15 years. What is worse, the Clergy is just not interested in bringing them back. "

This is a tad disturbing, no?

2 posted on 11/01/2005 7:25:45 PM PST by murphE (These are days when the Christian is expected to praise every creed but his own. --G.K. Chesterton)
[ Post Reply | Private Reply | To 1 | View Replies]
To: murphE
the Catholic Church in India ... faces a swelling tide of pagan behaviour at the hands of its own priests.

Well, some say that's also par for the course from the Rio Grande to the Antarctic Circle, and in the Caribbean, too.

Interesting you mention the Caribbean. Last June I was in Grand Cayman, and went to "mass" there. It was difficult to decipher it being a true, Catholic Church in communion w/ Rome. At one point, I felt that I was actually at a game show, when the priest decided to take care of business during his "homily."

Not to mention, some of the standard NO prayers being changed.

(interestingly enough, after Church, we went up to a little town on the north end of the island, no kidding, called "Hell.")

The next Saturday, I attended my first Tridentine Mass.

Talk about being on two opposite ends of the spectrum. I've never looked back since.

5 posted on 11/01/2005 7:57:15 PM PST by kstewskis ("I don't know what I know, but I know that it's big..." Jerry Fletcher)
[ Post Reply | Private Reply | To 3 | View Replies]
To: newgeezer
This is a tough one to comment on. However, Christianity has been in India since the First or Second Centuries. In recent times (e.g. since Vasco De Gama arrived in the 1400s) attempts have been made by Roman Catholic as well as later arriving Orthodox Catholic groups to "reform" the Indian "church" or "churches" so that it/they conformed to a more universal world standard.

They do have their differences over there. However, placing a "linga" inside the main worship area sounds totally out of place.

Now, about reading from the Koran in Christian churches in heavily Hindu India ~ I'd kind of wonder what the point of that would be? Do they want to get their building torched or something?

This book answers that question: 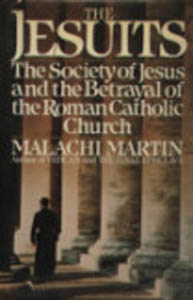 Where you in Hell very long? How warm was it?
I'm glad to know that you were able to get out of there.

I thought souls went Down to Hell,
hmmm, I'd better check my Catechism.

The Jesuits really need to be reined in. They are out of control.

Of course, some of them might enjoy it ... (Eeewwwww)

11 posted on 11/02/2005 7:21:23 AM PST by ArrogantBustard (Western Civilisation is aborting, buggering, and contracepting itself out of existence.)
[ Post Reply | Private Reply | To 10 | View Replies]
To: Phx_RC
Where you in Hell very long? How warm was it? I'm glad to know that you were able to get out of there.

Actually spent a couple of hours there. Bought some postcards, even had them hand stamped at the post office there! :)

thought souls went Down to Hell, hmmm, I'd better check my Catechism.

Well, they do. But in Cayman, they drive on the other side of the road, so....

12 posted on 11/02/2005 11:19:00 AM PST by kstewskis ("I don't know what I know, but I know that it's big..." Jerry Fletcher)
[ Post Reply | Private Reply | To 9 | View Replies]
To: murphE
sir
i believe there is some sort of misunderstanding.Catholics in India especially in south India are devoted and loyal than any other catholic.Being converted by none other than st Thomas himself Christian principles are rooted into our hearts.Jesuits are the most respected and educated congregation i cannot and will not believe that they are destroying the catholic church.There are no reports on worshiping any Hindu gods.India is a secular country and i dont see how mere reading of koran or bagavad gita is going to challenge our faith.the real challenge to us is the reports of sexual abuse on children in USA by catholic priests.SO PLEASE DONT WORRY ABOUT THE FATE OF CHATHOLIC CHURCH IN INDIA IT IS IN SAFE HANDS.
13 posted on 12/14/2005 7:26:45 PM PST by voice of india
[ Post Reply | Private Reply | To 1 | View Replies]
To: murphE; nickcarraway; sandyeggo; Siobhan; Lady In Blue; NYer; american colleen; Pyro7480; livius; ..
Catholic Discussion Ping!

We will pray for the Catholic Church in India, though, OK?

Sounds fishy to me.

This will be very disturbing to my wife who, as I have mentioned before, was brought up in a wonderful convent in Mumbai. Some of the older nuns are still there and as traditional as ever. The things described in the article would have been inconceivable. Everywhere I look, all countries including the U.S., I see evil in different forms, some more subtle than others, all requiring prayer. Goa is still a very Catholic-friendly place and I would like to visit someday.


The Jesuits used to be widely respected world wide for their intellectual acumen but they no longer are in many places due to their current liberal viewpoints which often seem to clash with the Magisterial teachings of Catholicism. Consider in point many of the Jesuit universities in the USA. Of course there are still great individuals in the order such as the late Fr.John Hardon.