An FBI agent's testimony in a freedom of speech case confirms that the bureau ran an operation during the 2020 election that requested social media companies remove content as disinformation, suggesting the government’s requests succeeded about half of the time and were conducted with a "headquarter stamp of approval."

Elvis Chan, the FBI assistant special agent in charge of the Cyber Branch in San Francisco, told lawyers for the Missouri and Louisiana attorneys general in a lawsuit over social media censorship that he supervised a "command post" in his home city that helped the nationwide disinformation censorship operation function in fall 2020.

He described a sprawling operation that at time enlisted the help of FBI field offices around the country, federal prosecutors, and FBI and Justice Department lawyers before his unit would make the final request to social media to block content deemed by the operation to be disinformation or in violation of each company’s term of service.

"We would receive some responses from the social media companies," he recalled. "I remember in some cases they would relay that they had taken down the posts. In other cases, they would say that this did not violate their terms of service."

Chan's description, released as part of his deposition this week, was the most detailed to date of how extensive the FBI's censorship activities were during the 2020 election, raising immediate flags among incoming House Republican committee chairmen worried the operation may have violated constitutional prohibitions on government infringing free speech.

You can read his full deposition here:

File elvis-chan-deposition.pdf Several lawmakers interviewed Wednesday by Just the News said they were troubled to learn of the scope of the operation and FBI headquarters' significant role in it.

"Should be very concerning to everyone who cares about the First Amendment, who cares about civil liberties," Rep. James Comer (R-Ky.), the incoming chairman of the House Oversight Committee, told the "Just the News, No Noise" television show. "This is wrong."

Comer said the censorship machine described by Chan not only raised civil liberty issues, it also raised concerns the FBI had meddled in the election to the benefit of one political party, an activity he believes should be outlawed as part a revision he is proposing to the Hatch Act.

"This should be a violation of the Hatch Act," Comer said. "Apparently, there's a loophole in the Hatch Act that doesn't impact social media. We're going to change that legislation next year."

Chan's name surfaced earlier this year in reports acknowledging he had regular conversations with social media companies, prompting Missouri Attorney General Eric Schmitt and Louisiana Attorney General Jeff Landry to seek his deposition. The two attorneys general also revealed in court filings they learned Chan and one his of FBI colleagues involved in the operation also made small dollar donations to Democratic candidates in 2020.

But the release of Chan's deposition Tuesday evening opened a much larger window into just how involved the FBI's censorship efforts were.

While the agent confirmed he succeeded frequently in getting social posts removed from sites, he said he was not aware of any FBI involvement in the most famous censorship episode of the 2020 election — the blocking of the Hunter Biden laptop story in October 2020.

Facebook founder Mark Zuckerberg has suggested his platform blocked the story as disinformation at the urging of the FBI.

Chan said his unit made no such request and that the Hunter Biden issue was never raised in government meetings he attended with officials from Homeland Security's Cybersecurity and Infrastructure Security Agency and the social platforms. Hunter Biden came up only one time when a Facebook executive asked whether the FBI had a probe of the future president's son and agents declined to answer the question, he said.

"From my recollection, one meeting with Facebook after the regular agenda had been completed, one of the Facebook analysts asked if the FBI had any information they could share about the Hunter Biden investigation," Chan added. "To that I recall [attending FBI official] Ms. Dehmlow saying that the FBI had no comment."

He later added, "I was confident that I was not a party to any meeting with social media companies where Hunter Biden was discussed outside of the one incident that I told you about."

But Chan confirmed in the greatest detail yet that the FBI ran a sprawling operation during the fall 2020 election that daily investigated claims of election disinformation and routinely requested that internet and social media companies block the content.

Chan acknowledged he himself did a podcast interview where he encouraged Americans to report election disinformation to the FBI or Justice Department and then described how complaints were processed, first with FBI analysts, then escalated to field offices for further investigation, sent to headquarters for approval and then relayed to social media companies when headquarters approved.

"I believe that all these tips are reviewed by an intake analyst, either an FBI employee or an FBI contractor," he testified. "And then I believe they have certain levels of predication where they would keep sending it higher — higher up the chain."

Using a hypothetical example, Chan said if analysts determined a disinformation allegation warranted further investigation they might send a request for investigative help to the FBI's St. Louis office and the U.S. Attorney's office in the city.

"They would all look at it and say, 'Yes, we believe that this should be sent to FBI San Francisco.' So by the time it's reached us, there's already been what I will characterize as an FBI headquarter stamp of approval."

Chan's operation was in addition to a separate censorship operation carried out by a private consortium known as the Election Integrity Partnership that worked closely with CISA and a State Department office. That operation, sanctioned by the federal agencies, targeted more than 20 news organizations, including Just the News, two dozen conservative influencers and 22 million social media posts, the group has admitted.

And the growing portrait of government-sanctioned censorship has begun to trouble even some Democrats, like Rep. Ro Khanna and former U.S. Sen Bob Torricelli, who told the John Solomon Reports podcast last week that he is disillusioned that the very institutions America has relied upon for decades to guard free speech have now become its most fervent censors.

"It's troubling, and I don't know how we get out of it," Torricelli said. "And the odd thing about it is the very institutions which have been the safeguard of American free thought and speech — American universities, think tanks, the media — are the worst offenders.

"We've entered in this period of American history where the range of permissible thought and speech has so narrowed that if you depart from it at all you are, you're labeled, you are censored, and you are silenced. It's incredibly dangerous. But who would have believed the Founding Fathers would have been astounded that at a point in history, American free thought and speech was challenged. And it didn't come from a foreign adversary. It didn't come from a radical political movement. It came from our own institutions."

Comer said censorship is going to be a priority investigation for multiple House committees when Republicans take over the House in January.

"I can assure you, that's going to be a priority for both the House Oversight Committee, the House Judiciary Committee, and probably the Intelligence Committee,"he told Just the News. "We're going to do everything we can to hold people accountable, because there's no excuse for what the FBI has done with respect to limiting speech, especially the laptop story."

Long march through the institutions towards communism has succeeded. 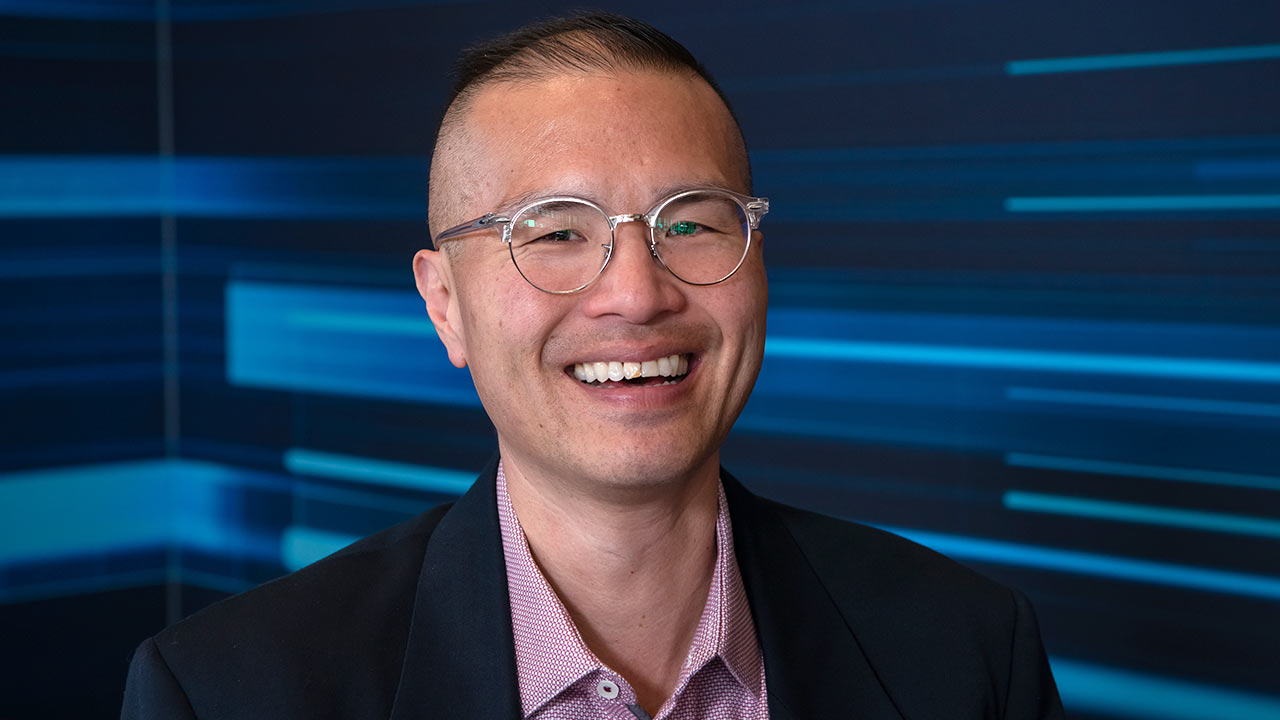 Hey Musk, RELEASE THE DIRT REGARDING WHO ORDERED THAT PRESIDENT TRUMP BE KICKED OFF TWITTER?.. DURING HIS PRESIDENCY, NO LESS!!!

Still stinging from efforts by foreign powers to influence the 2016 presidential election, the FBI is determined to keep the 2020 election tamper-free. Elvis Chan from the FBI’s San Francisco office shares insights into the election defense strategy.
“There is still a lot of work to be done,” says Chan, a supervisory special agent with the FBI. “The American public can be reassured ... the type of work we have been doing includes trying to ensure we have clear channels of communication open within the U.S. government; with the state, county and local officials that are in charge of elections; as well as with all the social media and technology platforms.”
And this is an international effort, Chan stresses in an interview with Information Security Media Group. “We are focused on the 2020 elections in the U.S., but there are elections going on all around the world, so we are liaising with our international partners,” he says. “We’re providing tips and guidance where we can, and we’re learning from them as they go through foreign interference campaigns in their own elections.”
Chan manages an FBI squad responsible for investigating national cybersecurity matters. He is a decorated agent who is recognized within the intelligence community as a cyberterrorism expert. Chan was the lead agent on significant cyber investigations and managed joint counterterrorism operations with domestic and foreign law enforcement agencies. Before joining the FBI, he was a process development engineer in the semiconductor industry for 13 years.

IMHO this goes right to the top of the FBI and that is director Wray. He needs to be fired.

and sued civilly, and criminally charged.

Well the communist spy Jim Baker was doing his best to run interference for them.

14 posted on 12/08/2022 12:23:58 PM PST by bitt (<img src=' 'width=50%>)
[ Post Reply | Private Reply | To 1 | View Replies]
To: Liz
Elvis Chan, the FBI assistant special agent in charge of the Cyber Branch in San Francisco, told lawyers for the Missouri and Louisiana attorneys general in a lawsuit over social media censorship that he supervised a "command post" in his home city that helped the nationwide disinformation censorship operation function in fall 2020. He described a sprawling operation that at time enlisted the help of FBI field offices around the country, federal prosecutors, and FBI and Justice Department lawyers before his unit would make the final request to social media to block content deemed by the operation to be disinformation or in violation of each company’s term of service.

15 posted on 12/08/2022 12:59:41 PM PST by GOPJ (Has Biden had dinner with an "anti-evangelical"? Will Schumer condemn him if he has?)
[ Post Reply | Private Reply | To 1 | View Replies]
To: Bookshelf; Liz
Chan manages an FBI squad responsible for investigating national cybersecurity matters. He is a decorated agent who is recognized within the intelligence community as a cyberterrorism expert. Chan was the lead agent on significant cyber investigations and managed joint counterterrorism operations with domestic and foreign law enforcement agencies. Before joining the FBI, he was a process development engineer in the semiconductor industry for 13 years.

The fallout from the unadmitted but flat out lie* of, “The Russians hacked the DNC to influence the 2016 election!!!” continues.

Elvis Chan’s whole universe os based on it.

The US backing corrupt Ukraine is because of the continuous demonization of Russia.

Hey FIB: Russia is not the big enemy. Look in the mirror for that.

*Zero actual proof ever released. Crowdstrike gave the FBI a REDACTED, DRAFT REPORT, and that’s all the evidence there is. And nobody else has seen it.

Seth Rich was involved, and not the friken Russians. And they all know it.

Sorry, copy in haste, repent at liesure. I believe the source is: FBI’s Elvis Chan on Election Cybersecurity - GovInfoSecurity
https://www.govinfosecurity.com/fbis-elvis-chan-on-election-cybersecurity-a-13852
WebMar 06, 2020 · Chan manages an FBI squad responsible for investigating national cybersecurity matters. He is a decorated agent who is recognized within the intelligence …

I don't believe such a bill would pass in the dem-controlled senate. Even if it did, veto!

It’s amazing how right Trump was on so many things