Conservatives on the Supreme Court appeared ready Monday to side with a website designer who refuses to build sites for same-sex weddings because of her religious beliefs, in a case that could broaden free speech exemptions to anti-discrimination laws nationwide.

Lorie Smith has asked the court to overturn lower-court decisions that found a Colorado anti-discrimination law would require her company, 303 Creative, to offer websites for same-sex weddings if she offered websites for weddings between a man and a woman.

During oral arguments Monday, conservatives on the court appeared sympathetic to Smith’s arguments, in the latest of several cases about the balance of religious liberty and individual freedom from discrimination.

Among the court’s majority of six conservative justices, Justices Neil M. Gorsuch, Amy Coney Barrett and Brett M. Kavanaugh pushed both sides of the case to answer whether the Colorado law similarly would require other businesses such as speechwriters to take on clients with messages they disagree with.

Experts see the case as a follow to another free speech case out of Colorado, where a baker appealed a lower-court ruling ... 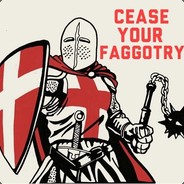 SCOTUS ruled in favor of that baker a few years ago...it’s hard to imagine them not doing the same for this website designer.

The mere fact such a thing is a topic at the court is another example of how far we’ve fallen as a nation.

4 posted on 12/05/2022 3:10:10 PM PST by mrmeyer (You can't conquer a free man; the most you can do is kill him. Robert Heinlein)
[ Post Reply | Private Reply | To 1 | View Replies]
To: Gay State Conservative
SCOTUS didn't reach the issue. It remanded the case because of the obvious prejudice on the part of the state agency in handling the complaint.

After it went back, the ruling went against the baker again. He is appealing, but nowhere near getting to the Supremes.

Gay or not Gay websites? the SCOTUS takes the case.
Tracking down the players of Vote Fraud? The SCOTUS
is collectively ‘washing it’s hair’ during that court session. Not available to take your call.

You’re telling me there are no globohomo web designers????

This is about forced accommodation, not tolerance.

They go to the Christian vendors to stir up s*it so they can sue.

What exactly are the damages? its not like they took the fags money and then didn’t do the work.

This is being heard, but the SC won’t hear cases involving vote fraud - which is fundamental to the survival of our nation.

If you force creatives to do work, there is no limit to how preposterous the situation can become. One could imagine some nutcase *forcing* a jewish baker to make a swastika cake with “Happy Holocaust” written on it.

When my small company didn’t want a project, we bid HIGH. Really high! We never had issues with Sodomites

They want to compel unwanted speech.

They want to censor desired speech.

You are not free to speak, without incurring massive costs, expending stupendous time, and losing your relationships with your fellow citizens. If you are willing to pay that price, you will receive half of your rights.

We must all read from the same Hymnal whilst we worship the gods of compliance and groupthink.

Didn’t the “wedding cake” case, years ago, set a legal precedent for those who won’t comply with subhumans’ requests/demands?

Speech for a social cause and its activities compelled by force of law. Atrocious. Calirado has been that way for a long time.

There are tons of drag and drop website builders, ways to post photos on Facebook, literally dozens of ways to share photos and copy but Nooooooo these dipsticks want to “force” someone to work for them. Such BS

Is wedding cake known to have the same effect on a lesbian that it does on a heterosexual woman? And if so, which one of the two, um....wives...does it affect?

This they will here, election fraud, January 6th incarcerations, 2020 presidential coup, no