"The war in Ukraine is the tip of the iceberg of a conflict aimed at reshaping the world order," she said earlier this month. "So we have to fight this battle."

Did we push Japan into attacking Pearl Harbor?

Not surprised seeing this come from a want to be dictator. Birds of a feather flock together.

Is there an image of a bowl of nuts too?

What is a total libertarian?

Perhaps there is a lesson there.

Lacking the US as a supplier, the conclusion was reached to find other sources and to eliminate the US as a defender of those sources.

[The three-time Italian PM is a long-term ally of the Russian President.

“Putin was pushed by the Russian population, by his party and by his ministers to invent this special operation,” he said.

“The troops were supposed to enter, reach Kyiv in a week, replace the Zelensky government with decent people and a week later come back,” Mr Berlusconi added.

...said he was “deeply disappointed and saddened” by Mr Putin’s behaviour, adding that the “massacres of civilians in Bucha and other localities are real war crimes”.]

The tide is turning

The Mongols were pushed into attacking Ukraine because Ukraine was about to join the EU and become a member of NATO. The same was true of Katharin the Great in 1776. Not controlling Ukraine was always an “existential” threat to everyone not in Ukraine.

All that aside, what was the real threat from Ukraine? It was an imperfect but struggling democracy with some of its own crooked politicians and oligarchs. But had it aligned with the West the living standards and wealth of regular Ukrainians would have rapidly shot above that of nearby Russia. THAT was the threat. Many Russians had family members in Ukraine and would have traveled there and seen the living standard differences. They might have even taken jobs there and moved their families there, further hollowing out Russia’s collapsing demographics.

There are massacres on both sides.

FDR was telling a military junta to choose between war and military withdrawal.

It was like telling a thief to choose between stealing and getting a job.

Certainly the thief is culpable for committing the crime but perhaps there are other less deleterious ways of dealing with him that should be explored.

Couldn’t they have just “bought” what they needed from another supplier instead of invading and stealing it?

First Orban. Then Trump! Now Berlusconi agrees with us? Gosh…it’s almost a burden to be right all the time.

I don’t know if he was pushed, but ISTR biden saying he wouldn’t face any real sanctions if he did a limited incursion into ukraine. kind of like what poppy bush did with sadam hussein in 1990

The dominoes are quickly tumbling in our direction. 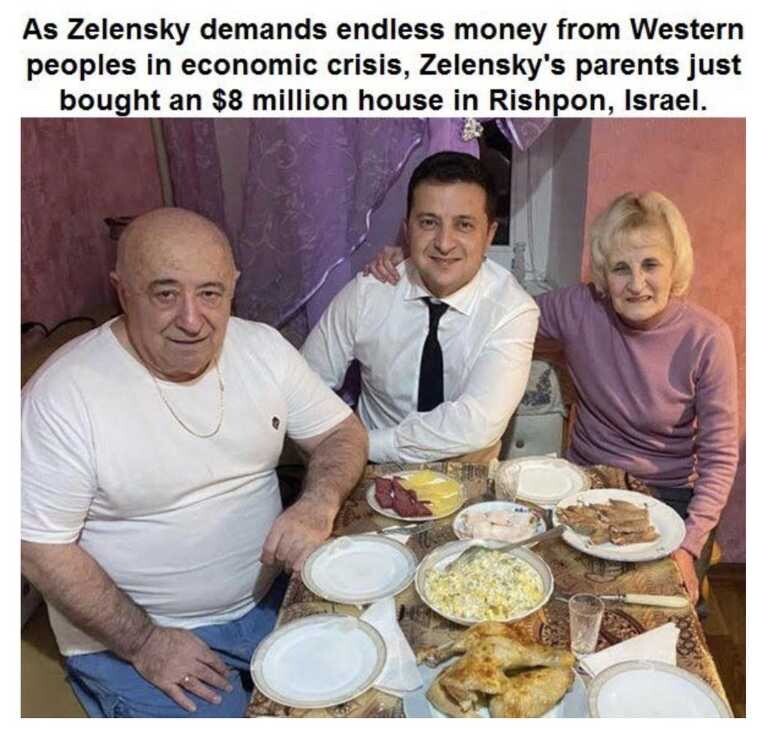 There is a photo going around Ukrainian social media showing the Soviet Union National Soccer Team from the 1980s. It has one Tatar, one Russian, and the rest were Ukrainians.