Philadelphia police revealed video that they say shows a group of 7 young people -- believed to be teenagers -- attacking James Lambert with a traffic cone on June 24, 2022. The man would die the next day at the hospital

A 73-year-old man died the day after a group of young people beat him with a traffic cone in a caught-on-camera attack along a North Philadelphia street last month. Now, Philadelphia Police hope the video of the attack and a $20,000 reward lead them to those responsible.

James Lambert was walking across Cecil B. Moore Avenue near North 21st Street around 2:38 a.m. on Friday, June 24, when he was ambushed, Philadelphia police said.

On Friday, PPD released video on YouTube that shows the deadly attack on the 73-year-old Lambert. They said those responsible appeared to be three girls and four boys believed to be in their early to mid teens.

The first young person to attack Lambert can be seen on video striking the man -- who is blurred in the video -- with a traffic cone as he walked away from the group to the other side of the street. A short time later, another young person can be seen picking up a cone an throwing it at the man.

Lambert then moves along the sidewalk and is chased down by a young person holding a cone over her head.

"The teens struck the victim several times with objects, knocking the victim to the ground causing injuries to his head," police said in a web post. "The victim was transported to the hospital where he died of his injuries the following day."

The video shows the young people leaving the scene, one even hopped on a scooter and appeared to be talking with another young person walking alongside him in the moments after the attack. A young person is also seen running down the sidewalk.

Later, the young people appear to have gathered again. One teen is then seen acting out what appears to be a stumbling person.

Police didn't give exact descriptions of any of the young people, except to point out a blonde patch of hair on one of them. They hope this photo that shows each person from different camera angles helps identify them. 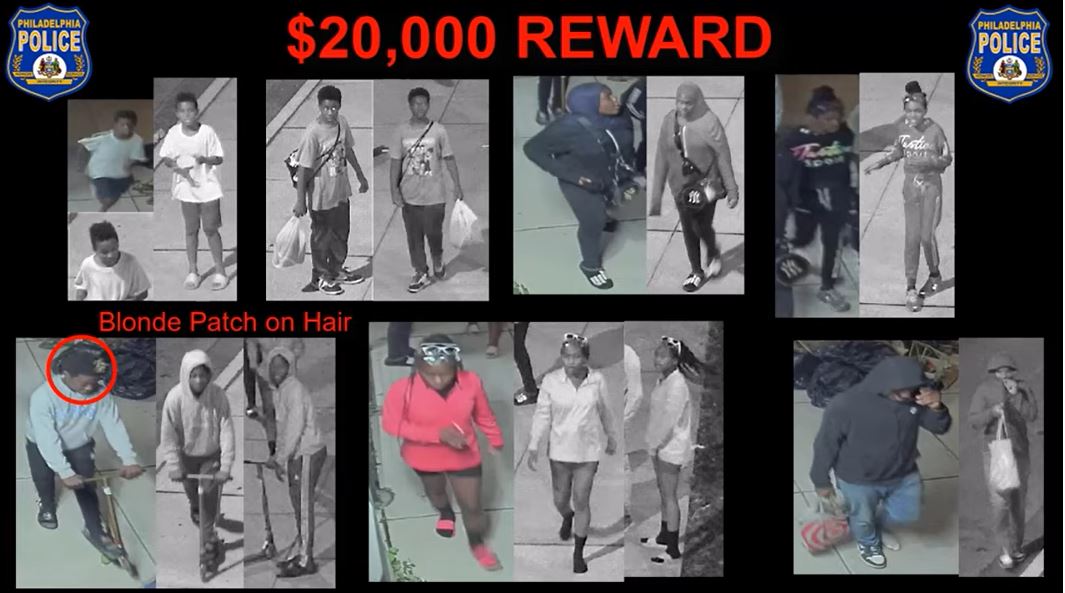 The City offered a $20,000 reward for information that leads to an arrest and conviction in this homicide, as they do with any unsolved killing in Philadelphia.

Police urged anyone who spots the teens to call 911 immediately. Anyone with information about the attack is asked to submit tips (which be anonymous) by phone or text to 215-686-(8477) or online.

Lambert's family told NBC10's Danny Freeman that he went by "Simmie" and they have been left heartbroken by his death.

This is James “Simmie” Lambert, the man who was killed.

His family tells me they’re heart broken and they saw him just hours before he was attacked.

They’re in disbelief a group of kids did this. 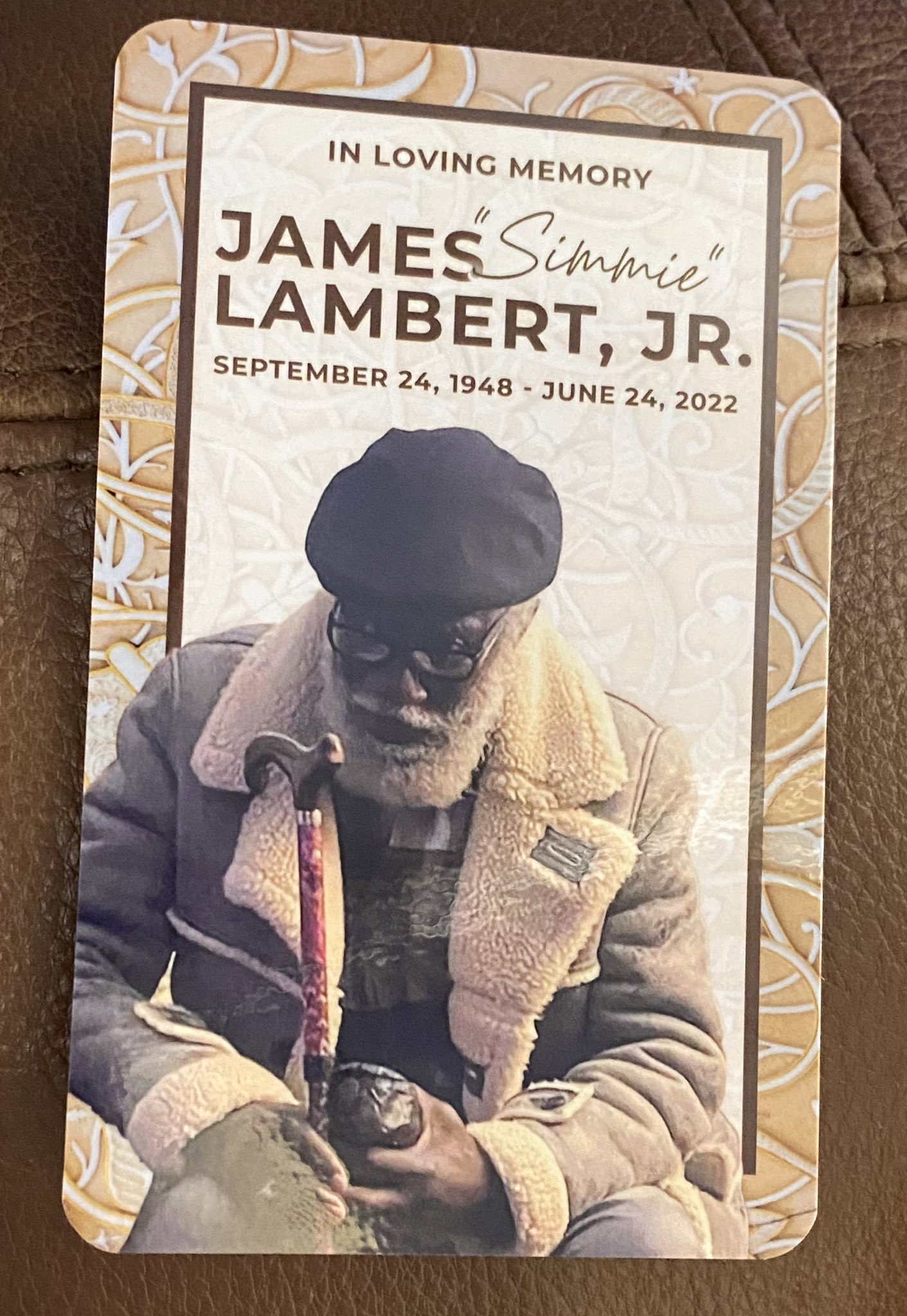 To date, there have been 280 homicides in Philadelphia in 2022, according to police data. That's down just 2% from the same time last year, which ended up being the deadliest year on record.

B on B murder

This poor man. Prayers for his family.

So they can see a blonde patch of hair but not skin color?

Use that word…they deserve every bit of it.

Love how they can’t give a good description, but LOVED being able to say “this dude has a patch of blonde”!

These days we leave it to the photos, and won’t otherwise describe them. That way no mention of “racess” issues at all but still show what the scum look like.

They work for the devil.

Another form of Dem abortion

God, please forgive me my thoughts, as they are ANYTHING but Christian right now. 😡🤬 Please bless Mr. Lambert’s family and bring the murderers to justice and, ultimately, to a relationship with You.

Remember when we killed 700,000 white men over these animals and then still refused to ship every single one of them to Liberia when we were done dying for them?

“Traffic Cone Dances” of this type are an expression of anguish and frustration, the crying out, if you will, of a systemically oppressed people. It is typical of a white supremacist orthodoxy to label and shame these celebrations of culture, these profound symbols of identity and individualistic expression, as “crimes.” It is no wonder, then, that the celebrants are called “perpetrators.” Semiological murder, the misappropriation of signs and symbols, the re-labeling of the cultural motifs of the downtrodden have always been weapons used by oppressor classes (whites, Jews, capitalists, etc.) to further their hegemonic aims and increase the scope of their race-dominance.

The victim, "Simmie", was very close to my age.

The residents of the once-great city of Philadelphia have taken it to sewer status.

I was going to count your post as worthless drivel, but you came through in the end!

2:38 a.m. was not a good time for him to have been on the streets, but maybe he was walking home from a bar, or the 7-11, or a diner, or a friend’s house, which he as an adult should have been able to do. Why are “teens” on the streets then?

The most dangerous people to blacks, is other blacks.

They love to blame whitey, but they all really know, and so do we all, the real truth.

Other blacks. They are the most dangerous to blacks.

And the rest of us.