STATE OF THE UNION (CNN): Anchored by Jake Toe-Tapper: Secretary of State Antony Blinken; United Kingdom Prime Minister Boris Johnson; Stacey Abrams. Panel:—Tapper doesn’t always have a panel, but when he does, it is made up of fruits and nuts!

TOPICS: News/Current Events
KEYWORDS: guests; lineup; sunday; talkshows Navigation: use the links below to view more comments.
first 1-20, 21-40, 41-60, 61-80 ... 121-128 next last
As always, soliciting FReeper comments, observations, and opinions on the shows.
1 posted on 07/03/2022 4:33:26 AM PDT by Alas Babylon!
[ Post Reply | Private Reply | View Replies]
To: acapesket; A.Hun; aligncare; altura; bagster; Bernard; bray; BreezyDog; Calpublican; cajungirl; ...
This is the Sunday Morning Talk Show Thread Ping List! If you want to be on it, reply to this post or FReepmail me (in case I miss it). If you want to be taken off, simply send me a FReepmail. 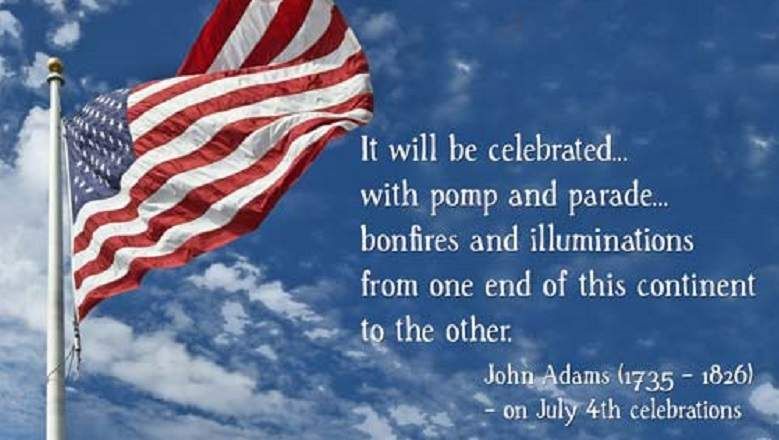 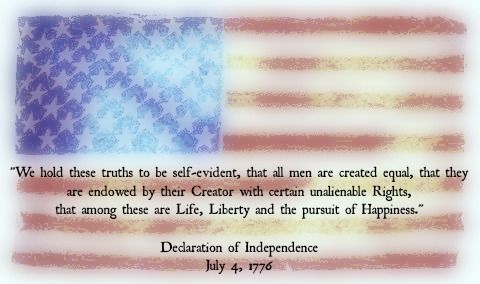 A lady asked, “Doctor Franklin, what have we got? A republic or a monarchy?”
”A republic,” replied the Doctor. “If you can keep it.”

Listen at the link above WHILE you FReep! Also, Sharyl Attkinson’s Full Measure: Watch live at 9:30 EST.

Righteousness exalteth a nation: but sin is a reproach to any people. Proverbs 14:34 (King James Version)

The Pro-abortion crowd only want to kill babies and nobody else for society’s convenience. Which is what every Communist Movement around the world said right before the slaughtered over two hundred million of their own citizens for the crime of being an inconvenience. The Death in the Womb crowd only want to protect the Rights of the mother to do with her body what she wishes. Funny, how they were just the opposite for the military this week when tens of thousands of soldiers wanted to deny an experimental shot in their bodies. It seems like Commie Nazis have a very fine selection of what outrages them and what does not.

The local paper has been warning people about an outbreak of Cold-19 as people are being hospitalized in greater numbers. There have been no deaths but all the Karens are running to the emergency rooms complaining of sniffles and headaches which of course tests positive for Corona. This now has all the nurse and doctor Wanabes all gowned up with their masks with the eyes of Doctor Kildare ready for their next open-heart surgery.

While checking out at the store, I asked the two Physician Wanabes in front of me if they saw the latest study which showed mask wearers have a deeper infection of Cold-19 and a higher death rate? Karen Kildare of course snapped to me and said that was not true, of which I stated I was just stating the science. I also mentioned it only made sense since you are inhaling everything your body is trying to exhale which cannot be heathy for your lungs, but she would have none of it.

Dr Karen behind me chimed in and said to leave my opinion out of Fred Meyers. I asked what Fred Meyers had to do with the science of the study and was not talking to her. She smugly said we do not want to hear about your politics to which I responded then you admit the pandemic is only about politics and what makes you think anyone wants to hear your political opinion. It is time to get militant with these radicals since they have made everyone’s lives miserable for the last two years with their ridiculous mask mandates and especially masking kids. They are only speaking gibberish without an ounce of scientific proof.

No, these Communists are only for killing babies and would never consider killing you for their economic wellbeing, which is only for mothers wanting to - “terminate her fetus”. You want to have some fun try to get a Pro-abortionist to say kill a baby. When you put the phrase, Science says a human being is formed at conception,” you will hear every cliché under the sun to avoid the words baby and kill. They will go on for days trying to Virtue Grandstand you while using every legal term the abortionists have used for decades, but you will never actually have one admit it is killing a baby, never.

You would think it would not be a big deal to say, yes, we want to kill the baby in the womb to make life easier for the mother. At least that would be honest, but no they have to continue the façade it is a clump of cells with no connection to the outcome and it becomes a baby when we say it is a baby. It is the most stilted logic you have ever heard, but they are getting closer and closer to the goal of having to make them defend their barbaric act.

There is hope for all fifty states now with the destruction of Roe V Wade. It is as if a giant stone has been lifted off Lady Liberty’s shoulder with the elimination of the curse of Federalized abortion. They can never fall back from their list of cliches in search of an idea to finally say, too bad it is the law of the land! No more, you have to debate the need to kill a baby in the most horrific way, for the good of the mother. You have to explain why plunging forceps into the baby’s skull and then sucking the brains out of him is a virtuous event and not a horrific one for the baby and this country morally.

Don’t worry, they only want to kill babies for their Communist Utopia, they would never consider killing dissenters such as White Supremacists or other Sub-humans. Did you get your shots and boosters Comrade? No, then you are a threat to the State and you know what threats get. They are simply giving a shot which may have killed in excess of ten million for your own good and the health of the community. But no, they only want to kill babies.

It is not a conspiracy if it is actually happening and observable. Just like the women arguing to wear a useless mask who have no clue how viruses travel or the microscopic scope of their size, this is being done to America in a mass event. The only conspiracy is who is benefiting from these masks and shots besides Big Pharma. Of course, Big Pharma owns the entire media network, but is there a more sinister reason for killing people with protocols? If there is who is or are these people forcing people to take the shot like the soldiers who got fired yesterday? Who and for what are they doing this?

The death of Roe has changed the country overnight. The two sides are for the first time arguing from equal footings and have to argue their points directly. They have to convince America to kill millions of babies with over 40% being black lives do not matter, is for the good of America and blacks. The Pro-Life get to argue this is a curse to America and killing millions of babies is a curse to everyone involved. Women’s lives are being destroyed in the myth of convenience and economic freedom when there is not a shred of evidence of that happening and usually just the opposite happens as the poor become wealthy all the time in America.

Women have their childhood dream of being a mother becomes her worst nightmare and have to try to live their lives with that guilt. They live a life of shame knowing they made their womb into a tomb as they killed her baby, they dreamed their entire lives of motherhood and that dream has just been murdered by herself. Anyone who has lived through this or a miscarriage knows the pain and suffering the mother and often the father go through as they withstand the loss of their child. This is the biggest lie that has been told to women since the Garden of Eden.

The only person who is convenieced by this barbarism is the man who gets to walk away without any financial loss or responsibility of raising his child. The woman gets the guilt and he gets to play, which does not sound like a good trade for the woman. It is pretty obvious that feminism was invented by a man as the woman gives away everything society has allowed her with a husband and family and traded it for a crummy job with no children to love and enjoy later in life. That is what feminism has given you.

This is the potential freedom the killing of Roe has given America. There is a real possibility that there could not only be a reduction in deaths of babies, but there is also a real chance it could be ended as it is discussed in open and freely voted on. Do not worry though voters, they only want to kill babies, nobody else. You may want to vote like your life depends on it.

Nothing about vasectomies? I thought for certain they’d have a doctor with scissors.

The Sunday shows are scraping the bottom of the barrel this Independence Day weekend. Liz Cheney, Adam Schitt and Myorkass are pond scum. Stacey "Tank" Abrams gets another free campaign advertisement.

Enjoy the weekend and celebrate our nation's birth!

Happy fourth to all Freepers!!

SUNDAY MORNING FUTURES - Tiffany Smiley v. Patty Murray and Bray's Karen Kildare of course snapped to me and said that was not true / Dr Karen behind me chimed in and said to leave my opinion out of Fred Meyers

Where have all the Men gone, we have too many women in G'ment and way too many psycho men like Houston's own Dan Crenshaw and not enough Trumps, DeSantis, Ted Cruzs

The Jakester in on the holiday weekend to interview BoJo.

America is being run by women.

We’re not interested in what the British have to say about our laws, the US Constitution and the Supreme Court.

But I’m sure this upper-class twit will wag his reproaching tongue about the end of Roe versus Wade.

Of course, this will be echoed by Jake. He’ll do what all the other Leftists in Journo clothing have done this week—claim it ENDS abortion everywhere.

The ultimate losers lineup on those shows

I stopped watching the Sunday morning shows years ago. But I usually check this thread to see the guest roster.

I note the complete absence of anything related to the recent SCOTUS decisions.

I also noticed that three of the networks are having members of the January 6 Congressional Inquisition:

Cheney is the only guest listed for the whole hour on ABC.

Where have all the Men gone, we have too many women in G’ment and way too many psycho men like Houston’s own Dan Crenshaw and not enough Trumps, DeSantis, Ted Cruzs

Afraid to endure the idiocy of the arguments.

Trump showed you could speak the truth.

The media characterized it as mean and the cabal and rhinos conspired to remove him.

They all lost in the end as Biden is slowly but surely destroying all the good trump delivered for everyone.

Happy 4 th. Your posts embody the true meaning of freedom.

Isn’t it odd that in the push to go electric the media / government has conveniently forgotten about the hybrid vehicle.

It must suck to be lying John kirby

Thanks Patriot, I appreciate that more than you know.