On Tuesday’s broadcast of Newsmax TV’s “Eric Bolling The Balance,” Sen. Lindsey Graham (R-SC) reacted to attempts to tie the Buffalo shooter to mainstream Republicans and conservatives by stating that people on the right didn’t try to tie the man who shot at Republican members of Congress at a practice for the Congressional Baseball Game and hit House Minority Whip Rep. Steve Scalise (R-LA) and other people at the practice of being representative of the mainstream of the Democratic Party.

Host Eric Bolling read Rolling Stone headlines that said, “The Buffalo Shooter Isn’t a ‘Lone Wolf.’ He’s a Mainstream Republican” And “The right-wing extremists who control the modern GOP are all gripped by a racist delusion. The shooter is just the latest to act on it.”

My friends he’s there for us. He picks his fights though. Save any criticism for 2026.

And RINOs still think they can play nice with Dems and get some respect.

Re: We didn’t say baseball shooter who nearly killed Scalise and others was a Dem.

4 posted on 05/17/2022 5:11:37 PM PDT by frank ballenger (You have summoned up a thundercloud. You're gonna hear from me. Anthem by Leonard Cohen)
[ Post Reply | Private Reply | To 1 | View Replies]
To: ChicagoConservative27
Graham: We Didn’t Say Congressional Baseball Shooter Represented Democrats

Maybe you should have?

You should have, Lindsey, because it is true.

He self-identified as an “authoritarian leftist” in his Manefesto.

The MSM probably lionized the Baseball shooter when they thought no one was within earshot.

If they had the power to do it, the Democrats would put their opponents in death camps. Lindsey needs to understand how ruthless the Democrats really are.

The Buffalo shooter: “Green nationalism is the only true nationalism.”

He didn’t support Trump either but did support socialism.

But the black subway shooter had online videos where he hated on white people. The Waukesha terrorist’s online rant said he wanted to knock white people TF out.

Biden says nothing about these because he and his supporters are race baiting haters.

You should have you dumb old fool! They’ve been doing it to us for years!

All the pubs should hit back hard on this stuff. 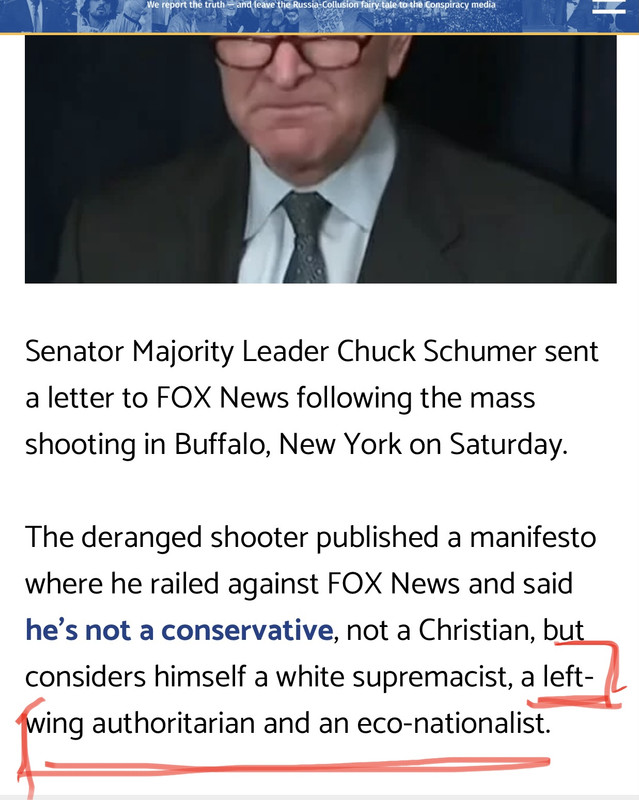 Turn off CNN, you creep, Lindsey

NO! You didn’t when he clearly was a Bernie bro.

Lindsey’s part of the problem

Flimsey Grahamnesty has voted THREE times to give his friends across the aisle a permanent majority with amnesty for illegal aliens.
The only people who don’t know whose side Flimsey is on are the idiots who re-elect him.

Capture one or both of the political parties in the United States.

Why would the Republicans “hit back hard on this stuff” when they actually support this stuff?
19 posted on 05/17/2022 5:47:50 PM PDT by Olog-hai ("No Republican, no matter how liberal, is going to woo a Democratic vote." -- Ronald Reagan, 1960)
[ Post Reply | Private Reply | To 13 | View Replies]
To: ChicagoConservative27
Although he visited Bernie's office just before going and shooting people.

But no.... he did not represent democrats.

(This irony is best served cold, thinly sliced and with pepper jelly)