The abrupt disappearance of a live feed showing Taiwan’s digital minister occurred because the White House panicked over a map showing Taiwan in a different color than China, Reuters claimed on Monday.

Audrey Tang, formally a “minister without portfolio” in the Taiwanese government, was speaking during President Joe Biden’s “Summit for Democracy,” a series of video addresses from some of the world’s states. Biden included the island nation of Taiwan despite the fact that the American government does not recognize Taiwan’s sovereignty as doing so would immediately sever all diplomatic ties with communist China.

Taiwan is a free, democratic sovereign nation. The Chinese Communist Party falsely claims that Taiwan is a rogue “province” of China and that its president, Tsai Ing-wen, and her administration are dangerous separatists with no legitimacy, despite being freely elected by their own people, unlike anyone in the communist Chinese government. Beijing, which has historically never ruled Taiwan, automatically cuts all diplomatic ties to any country that recognizes Taiwan’s sovereignty. Xi Jinping has threatened that anyone who acknowledges that Taiwan is a country will have their “bones ground to powder.” 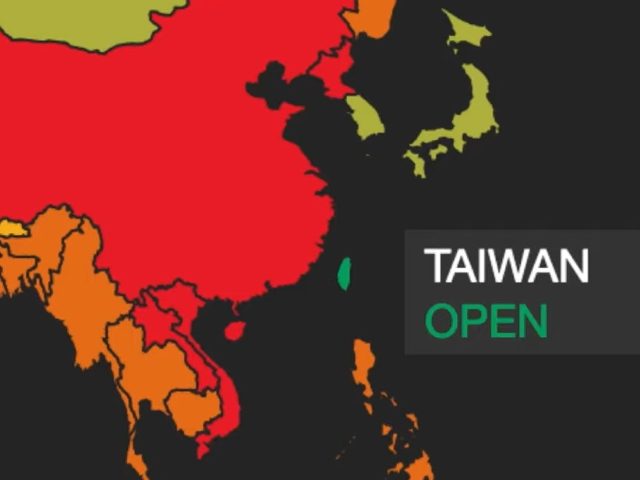 Won’t even defend them on a map.

I think Biden is making it clear that in the event of a Chinese attack on Taiwan, the US position would be that this is an “internal matter” involving a “rogue province” which has “separatist” tendencies. I can’t imagine we would get involved in that. The abrupt disappearance of a live feed showing Taiwan’s digital minister occurred because the White House panicked over a map showing Taiwan in a different color than China, Reuters claimed on Monday.

Thanks Red Badger. And yet...

Communists and traitors in Congress.
You do not see this on the tv news. They lie about Donald Trump and cover up actually crimes by the democrats.

Senator Richard Blumenthal(D-Conn.) said he was “excited and proud” to help the Connecticut Communist Party celebrate the 102nd anniversary of the founding of the Communist Party USA over the weekend.
https://amgreatness.com/2021/12/13/sen-richard-blumenthal-helps-conn-communist-party-celebrate-102nd-anniversary-of-cpusa/

Schumer, Who Accused Trump of Russian Collusion, is Getting Paid by Putin
https://www.frontpagemag.com/fpm/2021/12/schumer-who-accused-trump-russian-collusion-daniel-greenfield/

Schumer, along with a number of other top Democrats, is a beneficiary of campaign contributions from top Democrat fundraiser Vincent Roberti whose lobbying firm was paid over $8.5 million by Nord Stream 2 which is owned by Putin’s state-run Gazprom energy monopoly.

Roberti, a former Dem politician, has maxed out his donations to Schumer and to Rep. Eric Swalwell, who may have been cheating on Fang Fang with Vladimir, and threw in a generous $171,000 to the DCCC, as part of the over $545,000 donated to the Democrat political machine.

Roberti plowed $46,100 into Pelosi’s Victory Fund. He also appears to have maxed out his contributions to the House Majority Leader and gave $5,000 to her PAC to the Future.

Roberti is a longtime Biden pal