What Divides Us Most This Thanksgiving
Townhall.com ^ | November 25, 2021 | Gil Gutknecht

Some have attempted to explain the divide with the left brain-right brain theory. Liberals are driven by their emotion. Conservatives are defined by logic and facts.

Notice how often our friend on the Left talk of fairness. It’s as if they have never accepted the unassailable fact that life isn’t fair. In their unending attempts make things fair they inevitably make things worse, especially for those they say they want to help.

The garden variety of liberals are mostly harmless. They seem motivated by a peculiar view of charity. Believing that Christian charity calls them to utilize the force of Big Government to take from those who have earned to distribute to those who haven’t. We now have a Pope who seems to share this view. At least they believe their motives are pure. But of late, a more aggressive and malignant strain of liberal is emerging. They are not only disinterested in any religious motivations, they are openly hostile to them. Recall the disdain for those who “cling to their guns and religion.”

We often wonder why this new Left is so angry and mean spirited. They pretend to see themselves as morally and intellectually superior. Whenever their ideas are confronted with fact-based arguments, they quickly revert to dismissive and often hostile name calling. The woke culture is anything but democratic. It is authoritarian. They are products of an educational system that displaced de Tocqueville’s Democracy in America in favor of Rules for Radicals.

They believe that the American experiment was fundamentally flawed from the beginning. Our founders were selfish capitalists who utilized their power to protect their fortunes. Central to their business model was the defense of the institution of slavery. That racist stain remains. Accordingly, our history must be somehow rewritten and our economic system replaced. They’ve learned that working within the system doesn’t work. Middle America simply won’t swallow their nonsense. So they now pursue their objectives by other means. Intimidation, threats and riots have become accepted tactics.

They want to be called Progressives. They aren’t clear about what or where they want to progress to. Teddy Roosevelt was a progressive. Today’s militant Leftists look much more like the anarchists of Teddy’s day. Our modern media refuses to report this.

This new angry Left doesn’t believe in God. They believe in a man-centered universe. There are no eternal truths. No commandments. No seven deadly sins. They think that if everyone would buy into their view, there would be no need for police or our backward view of morality. They have convinced themselves that through the force of centralized government (run by them) they can bring about the utopia that has eluded mankind for millennia. This explains their belief that humans can even control the climate. Never mind the effects of those pesky sun spots and volcanoes.

Those who refuse to accept any of their ideas will be shamed and silenced.

This is also why they feel they can lie and cheat without compulsion. Burning and looting to advance the greater cause are acceptable. So are threats to officials who disagree. No eternal punishment awaits them.

Thankfully there are still more of us than there are of them. We instinctively know that there is an order to the universe and all that we see around us is not simply one unbelievable coincidence. That there is a loving God who watches over us. A God who shed his grace on us. Who has led us through many dark valleys and gives us genuine hope for the future. It is for this reason that we became the first nation to set aside a day to give thanks to the author of our freedom. May we always remain One Nation Under God.

Let us truly give thanks on this Thanksgiving for the blessing that is liberty.

TOPICS: Culture/Society; Editorial
KEYWORDS: thanksgiving
Got a new credit card and your monthly stopped? If your credit card expired or any account info changed click here to renew by starting a new monthly with your new CC info. We will cancel your old monthly for you. 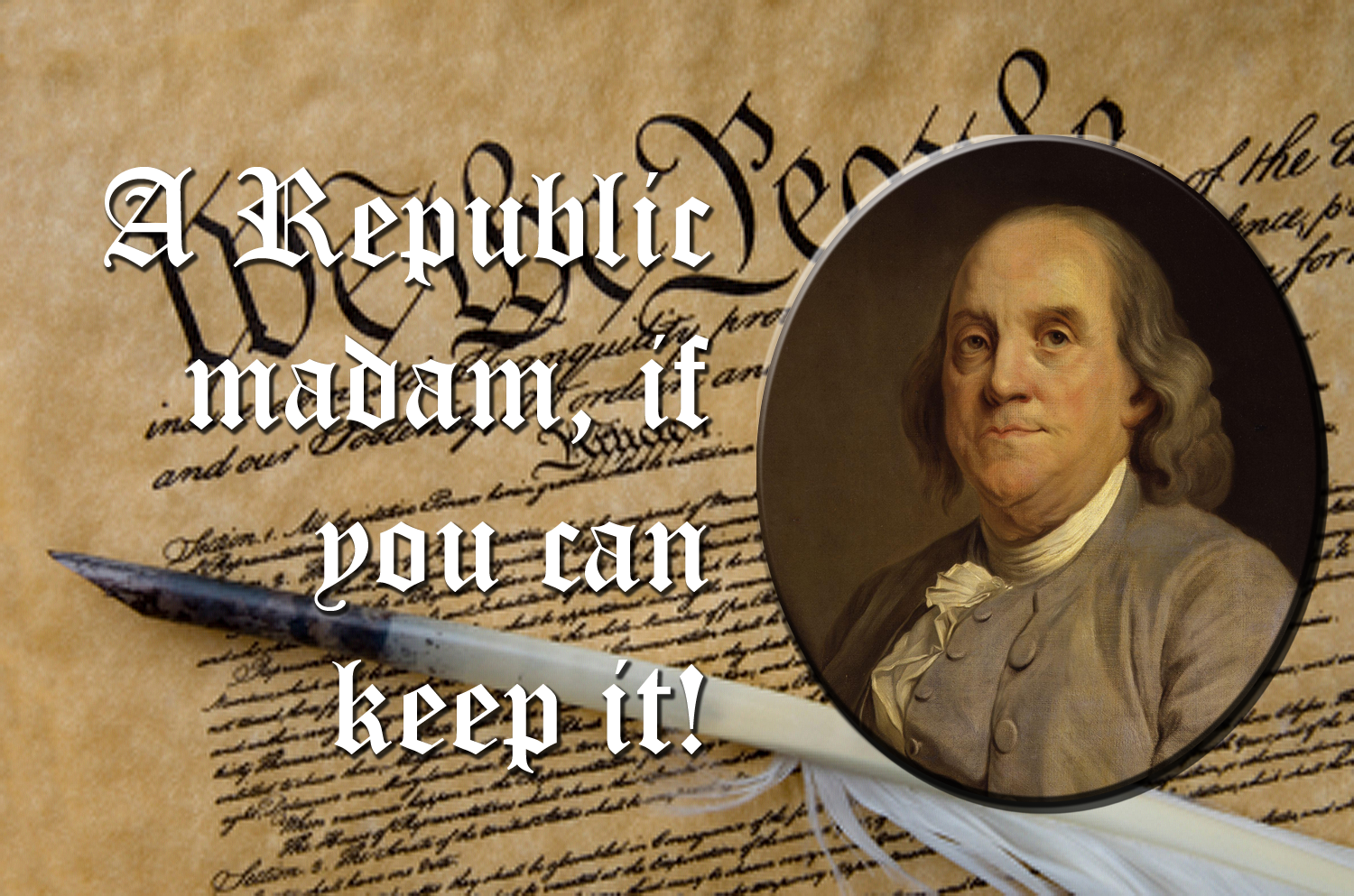 I won’t be divided. I’ll be good with everyone I meet today. Unless it’s some kind of party pooper.

3 posted on 11/25/2021 6:06:50 AM PST by HighSierra5 (The only way you know a commie is lying is when they open their pieholes.p)
[ Post Reply | Private Reply | To 1 | View Replies]
To: Kaslin
Today’s Liberals have no interest in debates where facts can be challenged.

Debate stopped when the man labeled by the LA Times as "the Magic Negro" was (s)elected _resident. Since then, if you don't believe everything the left spews out, you are worse person ever.

That we’re helpless against the government with this dictator at the helm. He’s signed 71 executive orders already and ruined millions of lives.

“We often wonder why this new Left is so angry and mean spirited.”

I think it is because if they are not demonic, they are demon-inspired by those who are. And it isn’t even anti-religion. They hate Christians and Jews. They act very respectful of Muslims, although Muslims often kill people the liberals claim they want to protect.

They hate the Judeo-Christian God, and therefor hate those who in any way attempt to follow Him. Hate with a hate that is beyond reason. If Biden had the power to kill us, I’m 100% certain he would. And even if he wouldn’t, many in the media and government would. Can you imagine needing mercy from AOC? It is rabid hatred from the Father of Hate.

Come on people. It’s like kids fighting on the playground. It doesn’t matter who started it. The principal/playground supervisor wants to punish both equally. It allows the troublemaker kids to take turns starting fights knowing the good kids don’t want to get into trouble. Giuliani and Pinochet were the answers. Where are they today?

Public schools were the breeding ground for this behavior and the left is going whacko because of what happened in Virginia. They know what’s coming. Does the GOP?

The people in authority care only about themselves, not correcting the tormentors. A whole industry of lawyers, advocates, community organizers all thrive while their subjects pay the price in jails or failing in life. 2 election cycles it will take. Gotta squish them like a bug statement next November. Then you call them out by name.

Since our kids don’t want to partake in a gathering, one’s a witch, it will be easy to get along. Just me, my wife, and 2 dogs.

LOL!
Have a happy & Blessed Thanksgiving!

Liberals live by their feelings..

Seems to me they seethe with self-hate........ flaunting their so called tolerance and compassion makes them “feel good” about themselves.

Collectivists are not anarchists, they are exactly the opposite. They do however strive to create anarchy as a stepping stone to overthrowing the existing order and assuming the absolute power they crave.

the sane and the stupid

The ones in the streets, sure, but not the ones in Congress or the White House or even academia.

There's an emphasis on thought-control and behavior-control that anarchists might not put up with for very long.

This is the heart of the matter! There is a line being drawn in human history and it has really been going on since the creation of mankind. The Enemy knows this is his big moment and he’s pulling out all the stops. To be faithful to Christ here in our own country is going to be very costly going forward. For the believers (or maybe I should say ‘the obedient’) the curtain is going up and we are seeing the scriptures being fulfilled - just like Jesus warned. For the lost the curtain is coming down and they will not understand - just like before the flood of Noah. We are called to faithfulness even if, like Noah, no one believes our message. “Be faithful unto death and I will give you a crown of life.”