As resident Joe Biden jet sets off to another useless climate change conference, he is leaving behind a government defined by such indifference and ineptitude that the hapless chief executive might as well take an extended vacation.

Does the apparent deteriorating mental acuity of a president affect those around him? Whether or not there is any basis to such an assumption, the cast of characters who comprise resident Joe Biden’s cabinet would seem to suggest that there is at least some truth in that observation.

Whenever Biden’s henchmen appear before the Washington media – a sympathetic clique for the Democrats if ever one existed – they appear not just as frightened rabbits but uncertain, rambling, unaware, unprepared and – above all – incompetent. Clearly the political stature of Biden’s cabinet does not measure up to their jobs.

The latest example of widening the gap between senior government employees and their senior government jobs was of course, Attorney General Merrick Garland, a man who sat as a star witness first before the House Judiciary Committee and then followed up that disastrous performance with an appearance before the Senate Judiciary Committee where he appeared to wonder at times where he was and what was he doing here.

But confusion would seem to be a shared affliction within the Biden administration.

Just who is the worst transgression in the Biden pantheon of failures? Could it be Alejandro Mayorkas who privately told the Customs and Border Control officials that America was in the midst of a border crisis but still can’t say so publicly and instead chooses to describe the calamity at the southern border as “a challenge,”

But that hasn’t stopped Milley from prompting the noxious Critical Race Theory throughout the military. He has no problem telling white people in uniform that they are intrinsically racist and that America was founded and driven by racist principles. This apparently has nothing to do with politics.

“On the issue of critical race theory … I do think it’s important for those of us in uniform to be open-minded and be widely read … It is important that we train and we understand. And I want to understand white rage and I’m white and I want to understand it. What is it that caused thousands of people to assault this building and try to overturn the Constitution of the United States of America?” the general said at a June 23, 2021 hearing before the House Armed Services Committee.

Then there’s the indomitable Secretary of State Antony Blinken, who always appears like a school boy warming up for his first debate whenever he has to face off with the Washington press corps. To say he lacks gravitas is like saying light beer is bereft of alcohol. It is not enough to say that Blinken enthusiastically and somewhat insouciantly dug his own grave over the Afghanistan debacle, but he continued to demonstrate a frustrating naivete even after he and Biden had surrendered the country to the Taliban.

On Sept. 8, Blinken exercised his astounding perspicacity by noting, “Yesterday, the Taliban named a new interim government. We are assessing the announcement, but despite professing that a new government would be inclusive, the announced list of names consists exclusively of individuals who are members of the Taliban or their close associates, and no women,” Blinken said, apparently confused over why an organization that treats women as pariahs would not welcome one into their government.

Chief Pentagon flak Adm. Jack Kirby has so much trouble putting together a coherent sentence that it is difficult to believe he didn’t buy his commission.

After the Biden administration demonstrated the incredible incompetence of allowing a suicide bomber to kill 13 Amercan soliders and Marines outside the gates of the Kabul airport, the admiral reached for the usual Biden slight of hand and suggested that some unseen force must have been behind the murders and it surely coudn’t have been the administration’s fault.

Kirby said that “even before we had a specific threat assessment, force protection was of paramount importance.” He noted that the situation is dynamic and therefore force protection is constantly changing. He said adjustments were made prior to the attack before admitting that “clearly, all of that effort … fell short in some way.”

National Security Advisor Jake Sullivan is perhaps the most annoying of Biden’s inner circle. Appearing like a kid who just got his first job upon leaving university, Sullivan actually did have another job before he was picked up by the Biden administration. As a campaign adviser to Hillary Clinton, Sullivan pushed the Russia hoax in the same way as he now pretends he’s working for a functioning government that’s capable of telling the truth or at least getting their talking points in formation.

But what do we make of any attorney general whose only knowledge of his department comes from what he reads in the newspapers or catches on the evening news?

As Sen. John Hawley pointed out Wednesday, Garland issued a directive to the FBI to be on alert for aggressive parents attending school board meetings based entirely on a letter from the National School Boards Association (NSBA). But Garland didn’t even seem to pay any careful attention to that letter because he told the House Judiciary Committee that he knew nothing about police wrestling parent Scott Smith to the ground after he demanded answers about why the school board was lying about his daughter being raped by a biological male dressed in a skirt and using the women’s restroom.

“All I can conclude from this, is either that you’re not in control of your own department, or that more likely what I think to be the case, is that you knew full well that this is exactly the kind of thing that would happen when you issued your memo, when you involved the Department of Justice and and all of its resources and the FBI and all of its resources and local school boards and school districts, you knew that federal prosecutors would start collecting crimes that they could use against parents,” Hawley insisted.

Garland didn’t have much to say to Sen.Ted Cruz (R-TX) when he repeatedly demanded to know if the AG had sought any advice as to whether his son-in-law profiting from a Critical Race Theory program in the schools might be an obvious conflict of interest,

Garland didn’t care to answer questions on Wednesday and just as he had the week before, he thought it preferable to appear as an irresponsible bureaucrat with little control over his department than a man who could provide substantive answers to important questions. As an acolyte of Joe Biden, he succeeded admirably: passing the buck or uttering “I don’t know” or “I am not aware” like his language had not progressed beyond these simple admissions.

No wonder Cruz compared Garland to the intentionally uninformed Sgt. Schulz from the 1960s sitcom “Hogan’s Heroes," whose favorite expression was "I know nothing."

Thank God his meandering, unfocused legal mind never made it on the Supreme Court, where he could have exercised greater damage for a longer period of time than he will as attorney general.

It is very freightening.

Nothing more than Flying Monkeys.

Atlas is Shrugging. Mr. Thompson, hard to believe, is more competent than Biden.

This has to be the most incompetent administration in US history. The Threes Stooges were more professional in comparison.

I prefer “toadies,” “lackeys,” and “sycophants,” but if the author prefers “henchmen,” fine.

They are competent in completing their Goal for US and that is to destroy our way of life so that we will have two classes ie Ruling class and workers (everyone else).

That is the only explanation for their actions.

Took me several yrs to accept this fact.

They really think that “all will be ok for them” if they could rule forever. They just don’t look at History!!

If Biden (or the puppeteer cabal) wants him on the SCOTUS, Garland will get there. Just a matter of picking the one you want to resign, and issuing the marching orders.

If he gets some photo ops with Greta Thunberg, it will be considered a great success. Saint Greta is supposed to be there.

10 posted on 10/30/2021 8:00:21 AM PDT by Dilbert San Diego
[ Post Reply | Private Reply | To 1 | View Replies]
To: Col Frank Slade
Politics, as much as nature, abhors a vacuum and soon the leftists will be circling Biden's power vacuum like ravening wolves, or ravening Bolsheviks. One ponders the fate of Robespierre-the guillotine.

It is only a question of time.

Biden and entourage toured Rome two days ago in an 85 car caravan. American royalty on display!!!

I think those are all perfectly good words for the slimy worms.

Flimsey Grahamnesty has voted to approve every lunatic Senile Joe has appointed.

And a corollary: Administration officials who believe absurdities can commit atrocities and believe they are doing you a favor. 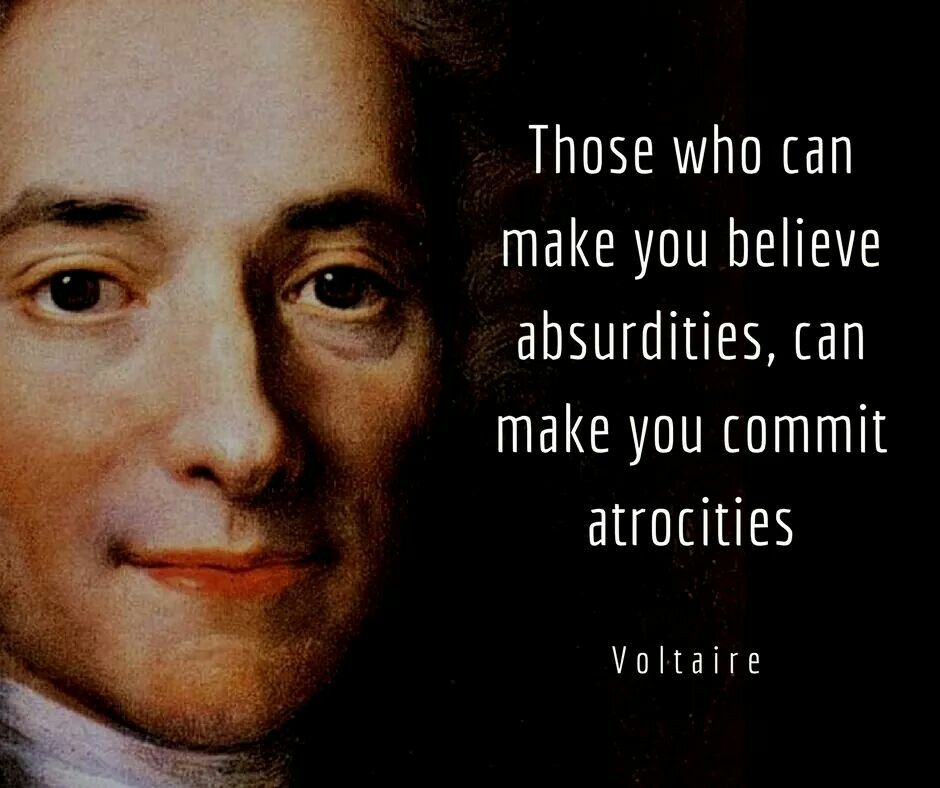 17 posted on 10/30/2021 8:19:36 AM PDT by MtnClimber (For photos of Colorado scenery and wildlife, click on my screen name for my FR home page.)
[ Post Reply | Private Reply | To 14 | View Replies]
To: nathanbedford
You're one of the few who have noticed. The vacancy in the executive branch has been contested from the get-go, it hasn't been that overt just yet. Right now it's not deplorables, Repubs or "us" vs them, it's them, vs them. Might be hard for some people to accept or understand but various factions are struggling with who will run what. It's like the old Five Families of the NY mafia trying to find a medium of co-existence. That's where things are at right now.
18 posted on 10/30/2021 8:22:32 AM PDT by lapsus calami (What's that stink? Code Pink ! ! And their buddy Murtha, too!)
[ Post Reply | Private Reply | To 11 | View Replies]
To: Kaslin

No one in charge of FDA.

Liberals are nothing if not supremely incompetent.

ANYONE who supports the Democrat Party is detached from reality.