Top American health officials who critics say misled Congress with claims regarding U.S.-funded virus research in China are pushing back after documents were released appearing to show that the United States did pay for gain-of-function research, contrary to the officials’ testimony.

The National Institutes of Health (NIH) sent the documents last week to lawmakers. They show that the NIH funded research that increased the function of coronaviruses and MERS, experts said.

Dr. Francis Collins, the head of the NIH, and Dr. Anthony Fauci, who heads one of the institutes, told Congress earlier this year that the agency did not fund gain-of-function research.

“In the letter they acknowledge that yes, the viruses did gain in function, they became more dangerous. So they’ve created a virus that doesn’t exist in nature to become more dangerous, that is gain-of-function,” Sen. Rand Paul (R-Ky.), a doctor, said on an “Axios on HBO” episode released Sunday.

“You take an unknown virus, you combine it with another virus and you get a super virus. You have no idea whether it gains functions or loses function, that’s what the experiment is, but I don’t know how anybody could argue that that’s not gain-of-function research,” he added later.

Fauci, though, is insisting that his testimony to Congress was not undercut by the agency’s disclosures.

“Neither I nor Dr. Francis Collins, the director of the NIH, lied or misled about what we’ve done,” he said on ABC’s “This Week.”

A key issue in the arguments revolves around how the parties define gain-of-function, a type of research that generally means increasing a biological agent’s transmissibility or pathogenicity.

Fauci acknowledged using a narrower term established under a framework (pdf) issued in late 2017 after the agency lifted a funding pause on most gain-of-function research.

“Under those conditions which we have explained very, very clearly, [the research in question] does not constitute research of gain-of-function of concern,” Fauci said. “There are people who interpret it that way, but when you look at the framework under which the guidance is, that is not the case.”

Fauci used the broader term before a Senate panel on May 11. “The NIH and NIAID categorically has not funded gain-of-function research to be conducted in the Wuhan Institute of Virology,” he said at the time.

Gain-of-function research “describes a type of research that modifies a biological agent so that it confers new or enhanced activity to that agent,” the NIH said on its website, before removing the description last week.

The Wuhan labs that comprise the institute are located near where the first cases of COVID-19 were detected in late 2019.

The newly disclosed documents from the EcoHealth Alliance, which funneled NIH grant money to the institute, outline research conducted between June 1, 2018 and May 31, 2019.

Collins, who is stepping down before the end of the year, has also pushed back against critics, telling The Washington Post that the research did not meet the definition of gain-of-function.

“The genetic manipulation of both MERS and the SARS conducted in Wuhan clearly constituted gain-of-function experiments,” Jonathan Latham, executive director of the Bioscience Research Project, told The Epoch Times in an email.

Others have said the experiments were risky and should not have been conducted.

EcoHealth Alliance has not responded to requests for comment.

TOPICS: Breaking News; Crime/Corruption; News/Current Events
KEYWORDS: anthonyfauci; covid; covidstooges; fauci; gainoffuction; lies; mers; obamacare; sars; vaccinemandates; whuan Navigation: use the links below to view more comments.
first 1-20, 21-39 next last
Well Herr Doctor, if all this were true, why did you lie to Congress about funding Gain of Function research at the Wuhan Lab?
1 posted on 10/25/2021 7:44:08 AM PDT by MNJohnnie
[ Post Reply | Private Reply | View Replies]
To: MNJohnnie

negasht7
October 25, 2021 10:08 am
Regulations.gov still has the “comments” option available for the rest of today to leave a comment on upcoming FDA discussion:

“Agenda: The meeting presentations…On October 26, 2021, the committee will meet in open session to discuss a request to amend Pfizer-BioNTech’s EUA for administration of their COVID-19 mRNA vaccine to children 5 through 11 years of age.”

People might want to visit here and point out that they have caught on to how the FDA and CDC regard children on par with dogs.

2 posted on 10/25/2021 7:47:00 AM PDT by CheshireTheCat ("Forgetting pain is convenient.Remembering it agonizing.But recovering truth is worth the suffering")
[ Post Reply | Private Reply | To 1 | View Replies]
To: MNJohnnie

What difference does any of this make compared to the neglect of early treatments, especially monoclonals , which could have saved tens of thousands of lives had they been as aggressively marketed as the vaccines?

We who are about to die salute you!

He's a liar, squirming around the definition of the term now.

Predictably he is using a Clintonesque defense where he is going to parse words and feign ignorance.

There are too many deaths and too much misery involved....

I suppose it depends on the definition of Is.

He is caught in his own web of lies, squirming furiously for an escape that will never come. Fauci=Murderer 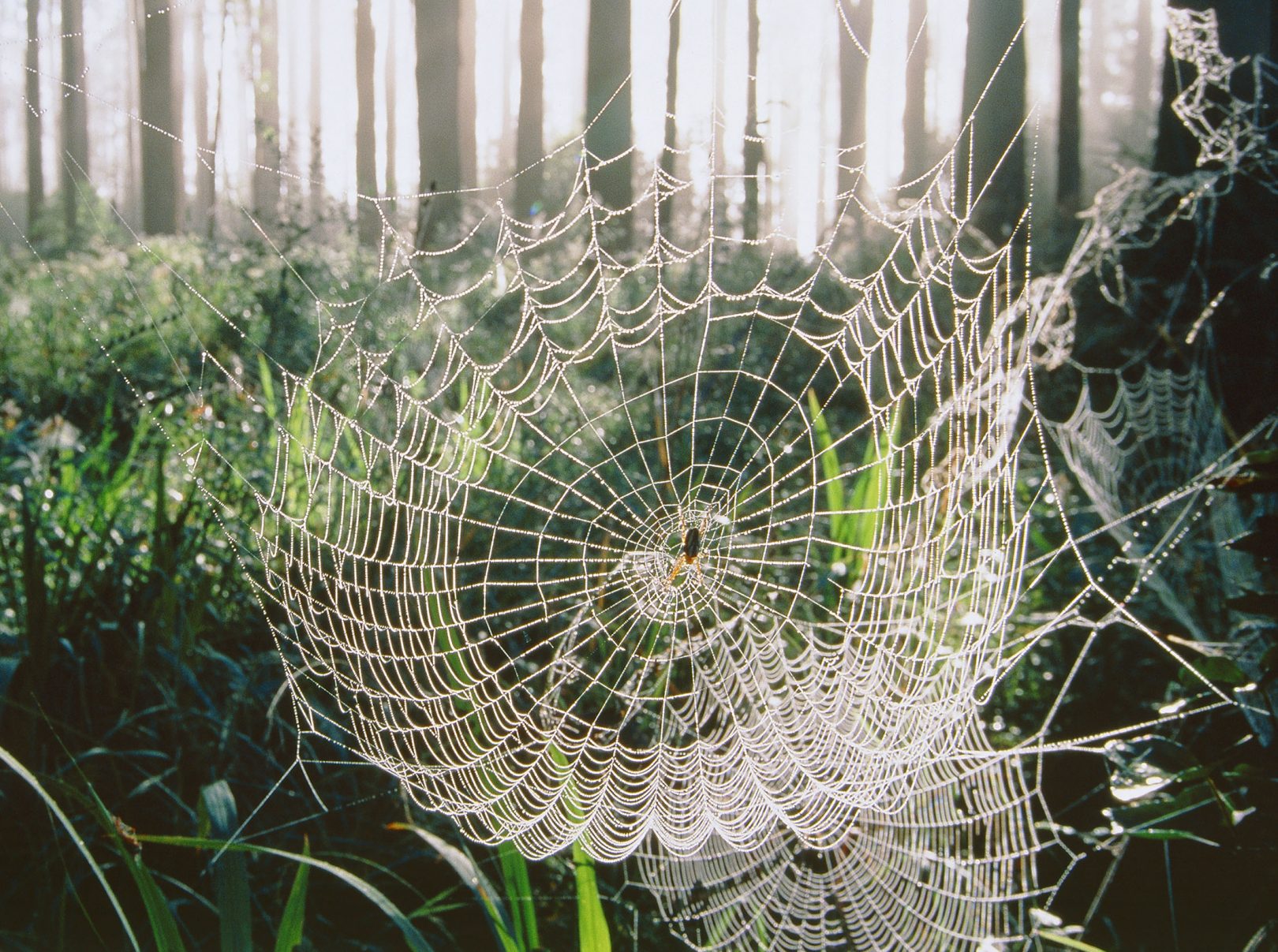 The thing that matters most is the blueprint for the experiments as they were funded by Fauci, designed by Daszak, and conducted at the Wuhan Institute of Virology.

Our little doggie friends are the ones who are gonna get this MENGELE MONSTER.

We LOVE our doggies.

Dr. Francis S. Collins is retiring at the end of this year. This NYT article from 2017 tells you some of what you need to know:

A Federal Ban on Making Lethal Viruses Is Lifted

"Federal officials on Tuesday ended a moratorium imposed three years ago on funding research that alters germs to make them more lethal.

Such work can now proceed, said Dr. Francis S. Collins, the head of the National Institutes of Health, but only if a scientific panel decides that the benefits justify the risks."

16 posted on 10/25/2021 9:05:18 AM PDT by StAnDeliver (Each of you have at least ONE of these in your 401k: Pfizer, Moderna, AstraZeneca, Johnson & Johnson)
[ Post Reply | Private Reply | To 1 | View Replies]
To: AdmSmith; AnonymousConservative; Arthur Wildfire! March; Berosus; Bockscar; cardinal4; ColdOne; ...
17 posted on 10/25/2021 9:07:29 AM PDT by SunkenCiv (Imagine an imaginary menagerie manager imagining managing an imaginary menagerie.)
[ Post Reply | Private Reply | View Replies]
To: StAnDeliver
Another piece of the puzzle.

These two people at the FDA have just now left their positions. They are longtime gatekeepers for determining national immunization strategies:

"Marion Gruber, director of the FDA’s Office of Vaccines Research & Review, and deputy director Phil Krause are set to leave the agency this fall.

According to trade publication Endpoints, the officials felt they were sidelined on major decisions, that the administration’s plan for boosters was jumping the gun, and that Marks should have pushed for the FDA to have more autonomy on the matter."

They co-published in The Lancet a treatise that (experimental serum) inventory should go to jabbing the unjabbed rather than boosters.

18 posted on 10/25/2021 9:12:11 AM PDT by StAnDeliver (Each of you have at least ONE of these in your 401k: Pfizer, Moderna, AstraZeneca, Johnson & Johnson)
[ Post Reply | Private Reply | To 16 | View Replies]
To: StAnDeliver
All three of those retirements came immediately after Fauxi's booster plan imploded in mid-September:

"A Food and Drug Administration (FDA) panel voted Friday afternoon to reject a plan to provide Pfizer-BioNTech coronavirus booster vaccines for most Americans, due to a lack of data showing that the additional doses are safe and effective."

“We’re being asked to approve this as a three-dose vaccine for people 16 years of age and older, without any clear evidence if the third dose for a younger person when compared to an elderly person is of value,” said committee member Dr. Paul Offit, director of the Vaccine Education Center at Children’s Hospital of Philadelphia."