The Taliban have effectively banned girls from secondary education in Afghanistan, by ordering high schools to re-open only for boys.

Girls were not mentioned in Friday’s announcement, which means boys will be back at their desks next week after a one-month hiatus, while their sisters will still be stuck at home.

The Taliban education ministry said secondary school classes for boys in grades seven to 12 would resume on Saturday, the start of the Afghan week. “All male teachers and students should attend their educational institutions,” the statement said. The future of girls and female teachers, stuck at home since the Taliban took control, was not addressed.

The edict makes Afghanistan the only country on earth to bar half its population from getting a secondary education.

In a further sign that the recently announced Taliban government is tightening restrictions on women, the former ministry of women’s affairs building in Kabul has been handed over to the newly re-established ministry for the prevention of vice and promotion of virtue.

This was the group’s feared enforcer in the 1990s, charged with beating women who violated bars on everything from going out in public without a male guardian to an obsessively prescriptive dress code that even forbade high heels.

The decision on education has worrying echoes of the tactics the Taliban used in the 1990s, when they last ruled Afghanistan, to bar girls from school without issuing a formal prohibition.

“Education and literacy are so strongly valued in Islam that the Taliban could not ban girls schools on Islamic grounds, so they always said they would open them when security improved. It never did. They never opened the schools,” said Kate Clark, co-director of the Afghanistan Analysts Network, who worked in Afghanistan at the time.

TOPICS: Foreign Affairs; News/Current Events; US: California; War on Terror
KEYWORDS: afghanistan; california; china; india; iran; misogyny; nancypelosi; pakistan; rop; secondaryschool; taliban; waronterror Navigation: use the links below to view more comments.
first 1-20, 21-36 next last
The Taliban, in a business like manner, announced that women will do as told or they will be stoned to death.

Meanwhile, joe and blinken are preparing to send millions of dollars to these barbarians.

I live in the USA not Afghanistan and I am more concerned about the:

thousands of miles away.

This nation needs to get its own house in order with freedom for all the women and men and dare I say it other “genders” if people identify that way that live right here.

Our own southern border seems a bit of a mess right now send the military there and give those in the media or government whining about the Taliban weapons and send them over there.

But it's not our problem right now. They want to remain stuck in the 7th Century. Let them have fun being stuck in the past.

Can’t blame them if secondary education there is like the indoctrination here.

US white males are still more evil, according to the feminists in this country.

What do they really need to know? Cook, clean house and learn how to regularly take a left hook. Oh, and how to dress like a Hefty trash bag.

6 posted on 09/17/2021 5:04:39 PM PDT by Pilgrim's Progress (http://www.baptistbiblebelievers.com/BYTOPICS/tabid/335/Default.aspx D)
[ Post Reply | Private Reply | To 1 | View Replies]
To: American Number 181269513
Hello Chicks who desire to kill your offspring and think you are oppressed in an over feminized culture that used be be called Western Civilization, there is a goldmine in Afghanistan to get you off on your LARPing/Cosplay buffoonery, I will even pitch in for traveling costs, colored markers, and poster boards too. 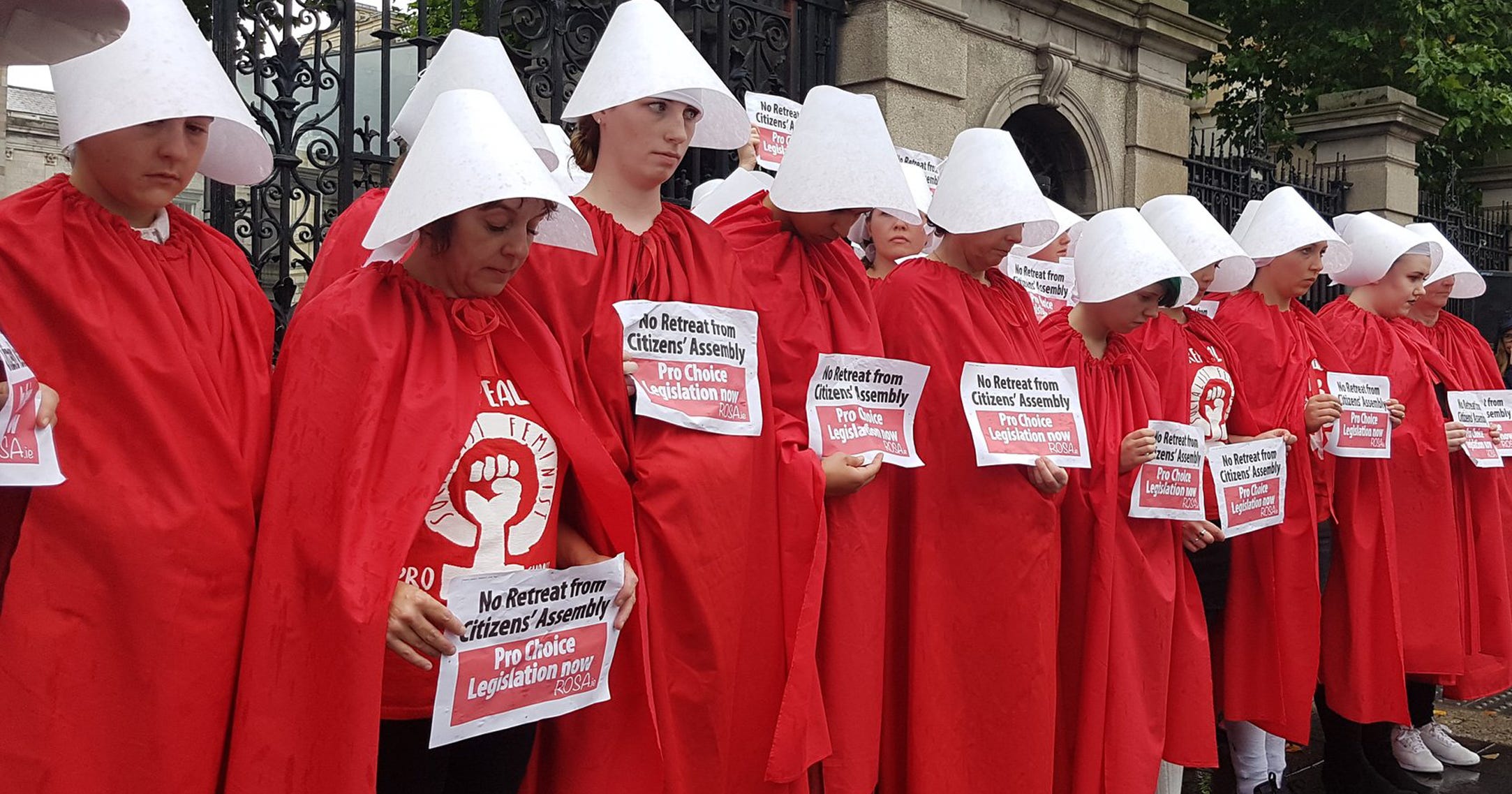 Guess these women have no husbands, brothers, fathers who support their rights to secondary education. Sucks for them but I’m American...if the people there don’t care how much am I suppose to care.

Jen Ptaliban said they were a strategic ally and were business-like and professional.

I have to call out the Guardian on this (Default position is the rag is perpetually full of crap) but this is sloppy research even for the Guardian. The CIA was in control of Afghanistan until the year 2000. Taliban legitimately controlled Afghan for about a year (Shut down the opium trade and went ballistic over sects that allowed bacha bazi/child molestation of Thursdays, no joke, to some degenerates, Allah sleeps on Thursdays). 9/11 happened then of course a well funded CIA backed by a hot presence of the US military started thriving again there (Along with several other trades that made people feel good through controlled substances). In the 1980’s/90’s it was a joint effort of the Taliban/CIA. New breed of Taliban began to emerge that hated “Western Imperialism” even though the US debt machine were funding their asses. What a bunch of ingrates.

I had read about a week ago that they segregated the classrooms, separating the boys from the girls by hanging a drape down the middle of the rooms. One would think that because classrooms are chaperoned, even in a modest society or subculture it would be OK to mingle the sexes. But just cutting all the women out of education entirely is downright medieval and tells us what they expect from women in their society.

My prediction is that the Taliban will not be in power for long. Afghanis don’t want to go back to 20 years ago. The NRF is likely to have 30,000-40,000 fighters in the next several months. Its going to get very interesting.

It’s such a dramatic change from a few months ago, I am sure plenty of people care. They just don’t care enough to risk being shot, beaten, tortures, beheaded, stoned etc by heavily armed zealots.

15 posted on 09/17/2021 5:40:03 PM PDT by musicman (The future is just a collection of successive nows.)
[ Post Reply | Private Reply | To 1 | View Replies]
To: Georgia Girl 2
The Afghan army/citizen folded like Superman on laundry day in the presence of this particular sect of the Taliban (There are several). CIA is dried up there and the Taliban have backing by China who replaces the CIA as a funding mechanism. China could give a crap about "equality".

Most interesting aspect of this concerns the poppy fields. If the opium trade goes bust then these hardcore Taliban are serious as a heart attack. In my opinion, China will want that "industry" to continue so there might be a tit for tat, just like the CIA had with the Taliban.

The UN will get right on it./s

Moslems are allowed four wives.
One to cook.
One to clean.
One to bear children.
One to beat up as an example to the others.

The reproduction line in BRAVE NEW WORLD is more efficient.

Slow conveyor belt with glass bottles and a fetus inside. Inject or destroy those not compatible.