In May, a Northern California sheriff’s office asked on Facebook for volunteers to help bulldoze the marijuana greenhouses that have recently popped up by the hundreds on private property in one small area of the remote county.

Less than a week later, the Siskiyou County Sheriff’s Office got an unlikely volunteer: The local congressman

TOPICS: Culture/Society
KEYWORDS: cannabis; marijuana; pot; wod Navigation: use the links below to view more comments.
first 1-20, 21-32 next last
But advocates for the Siskiyou County growers, who are of predominately Hmong and Chinese descent, said the congressman’s videos couldn’t have come at a worse time.

“It sounds like a divisive message that’s likely to inflame the tensions instead of making them better,”

So if you are of a certain ethnicity California's environmental laws and agricultural regulations do not apply to you. I say bulldoze the damn filthy murderous illegal marijuana growers regardless of their race.

CA created a huge illegal pot farm problem by taxing the legal crop to death and then making growing illegally a misdemeanor.

This is only the “law of unintended consequences” for STUPID people who could not see these consequences.

Yep. We should be making the “tension” “better”. Just allow anybody to do anything anywhere at any time for any reason, even when it destroys lives and severely damages watersheds/wildlife. Bingo! No “Tension”. Good Lord.

The state isn’t getting their cut, AKA taxes.

I grew a bit of pot back in the mid-70’s in Seattle. It’s really pretty easy. I’ve not touched the stuff since 1977, but if I did now, I’d just grow my own. But then, I live in the heart of Cornbread Mafia country. Seeds are still easy to come by.

Copperhead Road might as well be the biography of this area. In fact, it may be.

One of the hidden ways for the state to impinge on freedom is local codes and ordinances. It is still statism, it is still an effective taking, it is no different from a ban on drilling in Alaska, but I guess as long as it's for "our side" it's a difference without a distinction.

I got a better idea...why don't the people who are alleged conservatives buy up the property and not grow pot?

“He’s one of the most staunchly conservative members of Congress, joining the group of Republicans who voted against certifying Joe Biden as president following the mob of Trump supporters attacking the U.S. Capitol on Jan. 6.”

The language - “attacking the U.S. Capitol” - shows you clearly the political bias of the “reporter” and the publication. How do unarmed civilians “attack” anything???

The Riverside County Coroner’s Office has released the identities of the seven Laotian nationals killed in a shootout at an illegal marijuana growing operation in Aguanga earlier this month.

“Someday this war is going to end” 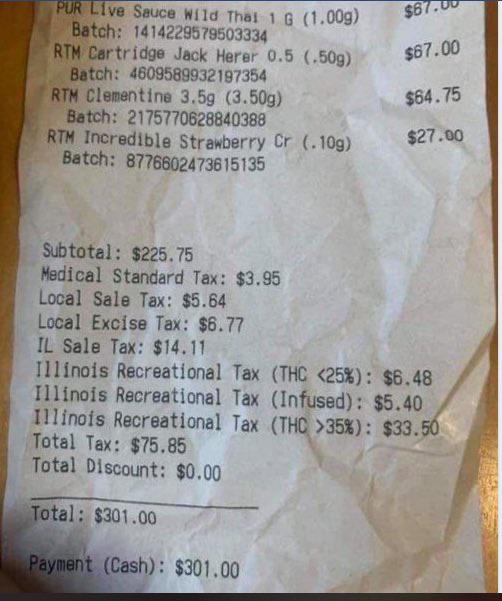 I do see your point and disagree with the aggressive writing by these woke copyright tweekers.

I can never hear the “Ride of the Valkyries” again without hearing “Smells Like Victory”.

“Northern California” is all I needed to read.

Most FReepers haven’t a clue about what really goes on in NCal hills, particularly Humboldt County (which, ironically, is just SW of the OP story location).

The article is merely highlighting sensationalism by LEO. This is a decades-old problem which will never be remedied in this manner and will assuredly provoke a response.

Thread useless without identifying the person being discussed!

From the article; “On Wednesday, the office of U.S. Rep. Doug LaMalfa released a series of YouTube videos that feature the Richvale Republican touring the grow sites, speaking with local officials and climbing into the cab of a yellow bulldozer before he tears down greenhouses during a sheriff’s office operation as part of a court-ordered abatement.”

Every story has to be centered around the race angle.

19 posted on 07/22/2021 6:52:33 AM PDT by alternatives?
[ Post Reply | Private Reply | To 1 | View Replies]
To: artichokegrower
The issue is not that someone grew marijuana without a permit, it's that the growers didn't give the politicians their cut.

Just ask Hunter Biden about payoffs and kicking 10% "up to the big guy".