(CNN) - Arizona's Senate held a Thursday briefing on the ongoing Republican-initiated "audit" of the 2020 election in Maricopa County, where Joe Biden outperformed Donald Trump by enough of a margin to win the state.

The review is being conducted by Cyber Ninjas, a cybersecurity firm that has no experience in election auditing. And the company's chief executive officer, Doug Logan, made some Thursday claims that were immediately called into question by the county and independent experts.

Logan said that door-to-door questioning of Maricopa County voters is the "one way" the auditors could determine whether what they are seeing in the elections data are "real problems" or "clerical errors of some sort." "For example, we have 74,243 mail-in ballots where there is no clear record of them being sent," he said.

Facts First: There is no evidence of either fraud or any significant error with these ballots, and certainly not "magically appearing ballots." Both Maricopa County and outside experts say there is a simple explanation for the gap Logan claimed had not been explained: the existence of in-person early voting. Contrary to Logan's claims, the ballot lists he was talking about include not only mail-in ballots but also ballots cast early in person.

“The review is being conducted by Cyber Ninjas, a cybersecurity firm that has no experience in election auditing.”

... says CNN, an organization that has no experience in truthful reporting.

Communist News Network circling the wagons to defend the fraud.

I am getting really disgusted by “news” networks, etc. putting out opinion editorials as news...

They can try and spin this however they want. When you overlay what the audit team already said (and there is much more to come - the canvas) with a statistical analysis of Maricopa County in prior elections you must demand a thorough investigation.

The media (and I include Fox) took a side in the election. They can live with the results.

Either you have 74,000 printed ballots that you know you ordered, received and dispensed....OR you don’t have 74,000 of such ballots. It can be ‘A’ or ‘B’. The CNN analyst has no basis to say anything else...other than asking did you NOT order the 74,000 ballots? Once confirmed, the rest of this problem should be handed to the state legislature, and the chief prosecutor of the state.

Frankly, if anyone was in charge and allowed the 74,000 fake ballots to enter the system, I’d put them up on charges, and figure a year for each ballot would be enough to render punishment.

Welp, that’s the kiss of death these days. Once CNN reports something you just know the opposite will turn out to be true.

the fake media has been instructed to always use the word “baseless” in front of any and all questions about the election.

OK, here is the refutation presented by CNN:

I am not sure I understand this explanation. This is a very convoluted analysis. WHY would they updated the submitted ballots list but STOP updating the requested ballots list?

I still don’t get how that absolves them from any suspicion of anomalies.

Maybe someone smarter than me can explain it. 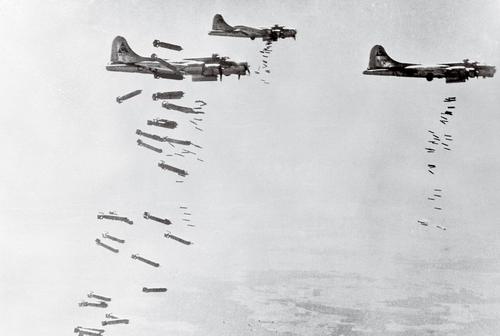 The claim is the 74K were received but never mailed out. The county says that's because they were early voted in person so of course they weren't mailed out.

No one is claiming they were never printed or dispersed.

They were the worst of the bunch. If the reports are true that have the "we did it" Murdochs conspiring with the anchors to call Arizona for Biden, they absolutely need to be charged.

Even worse IMO, at the same time they called AZ, they also reported Dems were set for a major PICK UP of seats in the house - while the voting was still happening. How many voters did that keep home?

If it weren't for the Fox criminal trashbags, we had an objective chance to win the house. These people need prosecution.

17 posted on 07/19/2021 8:17:59 AM PDT by AAABEST (NY/DC/LA media/political/military industrial complex DELENDA EST)
[ Post Reply | Private Reply | To 6 | View Replies]
To: Rennes Templar
Tammy Patrick, an elections expert who spent more than a decade working at Maricopa County's elections department, also said on Twitter that the requested-ballots list stops getting updated 11 days before Election Day but the submitted-ballots list continues to get updated until the day before Election Day.

If that's even true, there's no justifiable reason why they should stop counting requested ballots well before the "election", unless that's part of the pre-planned fraud.

In the AP (Absolute Propaganda) version of this story, the county is claiming that "nearly 450,000 more mail-in ballots were requested than returned".

Both of these claims are lies as far as I am concerned.