Over the past fifty years the Marxist-inspired American Left has been hellbent on trying to convince the citizenry that the United States is and always has been a malevolent nation due to “systemic racism” and “white privilege.” According to their agitprop, the European branch of the Caucasian race (or more contemptuously, “Whites”) has, since the dawn of recorded history, been the principal promoters and beneficiaries of slavery and repression throughout the world. Those members of this villainous race who settled in this country over the past 400 years are responsible for imposing never-ending racism and inequity on the American continent.

Therefore, the current white population must openly confess their collective guilt and seek forgiveness. Additionally, and in light of this demonic legacy, every American of any race should be mortified to be a citizen of such vile irredeemable country and its historic roots in Judeo-Christian dogma.

Not coincidentally, this same American Left, or as Mark Levin more accurately labels them, American Marxists, have declared that there is a path toward national redemption and a mechanism to forever erase the stain of “white privilege” and “systemic racism.” It is for the American Marxists (almost entirely populated by members of the white race) to assume the reins of power in perpetuity and transform the nation into a one-party secular socialist paradise. Their permanent ascendancy to the top of the governing pyramid would be the only means for those members of the White race that are not part of the enlightened and ruling left to be granted absolution.

The American Marxists are apparently confident that a majority of Americans of the White race and European heritage are easily gulled, susceptible to guilt and shame and are willing to stand aside as the nation is transformed.

to which I add “who nonetheless can never be forgiven”.

People mouthing those words have accepted in their minds that they are genetically inferior to “whites” and Asians (the first phrase is to excuse underachievement against Asians and even blacks from other countries/cultures who put them to shame).

They know that in 1,000 years they and their ilk will still be far behind every other demographic, and they’re building up their excuses today for their great great grandchildren...

In the meantime, actually trying isn’t even an option for them; at this point, it is just about obtaining the creature comforts afforded to more disciplined people who apply themselves and exercise some self-control.

They pretty much come out and say that the problem is inherent with white people. Can’t be fixed. Can’t be avoided. Whites are racist and that’s that.

So, why apologize?
Why take any actions?
It’s all hopeless. I guess blacks need to learn to live with the reality because (they tell me) nothing is going to change it.

Annnnd then there are the whites who stand up and say white supremacy needs to be destroyed.... They want to be killed?????

The American Marxists are apparently confident that a majority of Americans of the White race and European heritage are easily gulled, susceptible to guilt and shame and are willing to stand aside as the nation is transformed.

So far it looks like they are correct, absent the armchaired puffy chested generals in their mom’s basements ...

That’s the sad part..Blacks ranting about this don’t realize they are stating they are inferior to whites....People start saying that out loud and reminding people of all the successful blacks(how did they do it in a racist country)and it shows white privilege and systemic racism for the fraud it is.....

We all could see that two were white and two were black but I was a 10 and my white friend was a 12 while one black player was a 14 and the other a 6.

We would put names in a hat to determine teams, and when we did, we only factored in handicaps, not skin color.

If the 6 and the 12 were against the 10 and the 14 the difference of 6 was given to highest handicapped team, again with no regard for skin color.

BTW, the team mates rode together in the same cart and sometimes even touched {without any skin changing color}.

I am so sick of this white supremacy bullshit, that I cannot watch any discussion about it.

I have never met a white supremacist.

They pretty much come out and say that the problem is inherent with white people. Can’t be fixed. Can’t be avoided. Whites are racist and that’s that.

Orwell encapsulated this in a quote from 1984...

“If you want a picture of the future, imagine a boot stamping on a human face—for ever.”

I don’t know about other so-called “white” people (many of which, like myself, aren’t actually all that “white” to begin with), but I have always utterly rejected the idea that I somehow carry the collective guilt of my (supposed) forefathers. Even if one uses a Biblical argument, both Exodus 34:7 and Deuteronomy 5:9 very specifically state that iniquity is only visited unto the Third and Fourth Generation. Well, I don’t know about you, but most of my third and fourth generation ancestors were pretty stand-up people. Probably better men and women than I will ever be. So, if anything, I bask in reflections of their virtue, rather than shadows of any sort of guilt or sins worse than my own...

12 posted on 06/14/2021 5:20:31 AM PDT by Kriggerel ("All great truths are hard and bitter, but lies... are sweeter than wild honey" (Ragnar Redbeard))
[ Post Reply | Private Reply | To 1 | View Replies]
To: Kaslin
So, American Marxists, take your attempt to foment collective white guilt for the past and your vapid accusation of inborn White supremacy and shove it.

From the article: Not coincidentally, this same American Left, or as Mark Levin more accurately labels them, American Marxists, have declared that there is a path toward national redemption and a mechanism to forever erase the stain of “white privilege” and “systemic racism.”

Has anyone here listened to American Marxism Audible Logo Audible Audiobook – Unabridged Mark R. Levin (Author, Narrator), Jeremy Lowell (Narrator), and is it worth the time and effort? 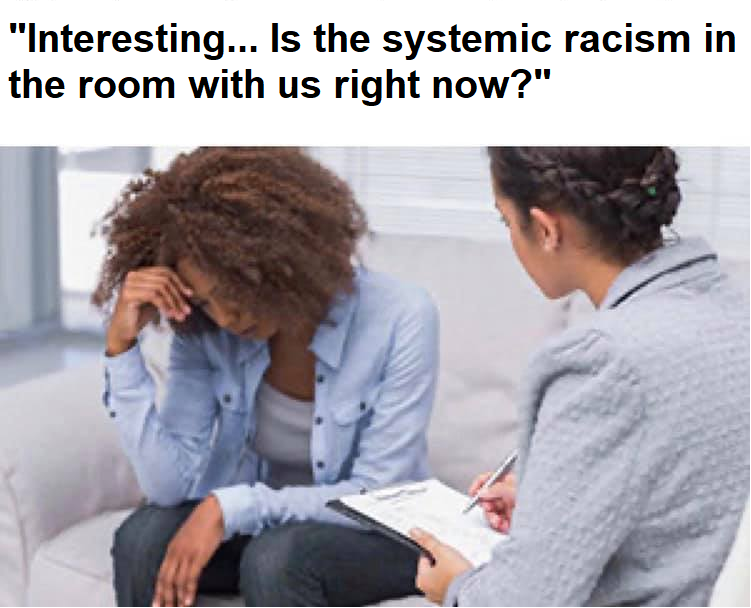 This article touches on something that I’ve been thinking about lately…. What do we call what the American Left is trying to take the country to? Mark Levin has called it American Marxism and the American Thinker piece by McCann believes that is accurate. Is it? This morning for the fun of it, I decided to do search on ‘definitions of fascism’ and was struck by both how many there were and the wide range of what people believe can all be covered under the umbrella of fascism. This is just a sampling….
- Orwell called it…. “a form of capitalism that borrows from Socialism just such features as will make it efficient for war purposes... It is a planned system geared to a definite purpose, world-conquest, and not allowing any private interest, either of capitalist or worker, to stand in its way.”
- FDR called it… “ownership of government by an individual, by a group, or by any other controlling private power.”
- Trotsky said that the purpose of fascism was …. “to smash the working class, destroy its organizations, and stifle political liberties when the capitalists find themselves unable to govern and dominate with the help of democratic machinery.”

Given the incredible control that organizations like FB, Google, Amazon, Apple, Microsoft, BlackRock etc. have managed to attain and, in many cases, did it by ‘partnering with the guvmint’, I tend to think that what we are seeing has more elements of fascism in it than Marxism…. this is only one part of the bigger picture but it seems like some form of corporate fascism is driving the bus.

“Does the Systemic Racism” speak to you? Does it tell you to do things?

Racism and xenophobia are much older than the US.

Once people are intelligent enough and honest enough to admit that...we’ll get the proper perspective on ‘racism’.

Those things will NEVER be eradicated... NEVER. That said, nowhere on earth do minorities have greater freedom and opportunities or are treated better than here in the US.

How can I say that? Because our borders are wide open and anyone who isn’t convinced of the many and increasing advantages for minorities in the US, can leave and certainly would have gone elsewhere - long ago! Instead, minorities are the largest groups entering the US and they break the law to do it. Many do so at the risk of their lives. THAT says everything.

Anyone in the us with minority greivances can just get out of my face. Our folks came here in the early ‘20’s and worked like maniacs to succeed. It wasn’t easy and I grew up with the ‘damn foreigner’ crap. SO what! That’s THEIR problem - NOT mine!

Baruch Spinoza said that “where there’s no solution, there’s no problem.” If we’re irredeemably racist, let’s enjoy ourselves. Go over to a BLM rioter, tell him to stop getting uppity, add the appellation “boy,” and point a loaded shotgun in his face. If he reacts violently, pull the trigger. Make sure to wear your hood and sheet, so as to avoid identification and intimidate, and a kevlar vest underneath. Disclaimer: I am joking. Never ever ever do what I just said.

We have nothing to be guilty for, and no need for forgiveness.

White people should be proud of their history, and should be bragging on it.

There will very soon come a day when “White Supremacist” will be a badge of honor.

No masks and no white guilt here.