A fire at a bus depot in Hanover caused millions of euros in damage. According to fire fighters, the fire broke out on Saturday afternoon at the Üstra transport company where electric buses were parked,

According to Üstra spokesman Udo Iwannek, the fire caused damage running in the millions. Five e-buses, two hybrids and two combustion engines were destroyed, as were also the building and the charging station.

According to the European Institute for Climate and Energy (EIKE), Hanover’s administration wants to run only e-buses in the city center area by 2023 and is purchasing 50 new vehicles in a bid to reduce the air pollution.

It’s really not a good idea to park e-buses close each other.

Although fires can happen anywhere, they become critical and dangerous when e-vehicles are involved. An affected battery acts as a powerful fire accelerant due to a chain reaction and must also burn out completely, which can take as long as two days. In February, Kulmbach in Bavaria became the first German city to close underground garages to e-cars as a result. Regardless of the many question marks behind e-mobility, the city of Hanover is pushing it by hook or by crook, and even more so under its Green mayor Belit Onay. Numerous technical and practical problems associated with e-mobility are far from being satisfactorily solved. And anyone who is just a little bit familiar with the subject also knows that e-mobility is by no means as good as we are always led to believe, even from an environmental and “climate protection” point of view. And what’s particularly bad is that the left-wing green media are keeping quiet about the event.”

Was Biden anywhere near this?

More proof, the idiots are in charge everywhere!

Hydrogen cells can be designed to allow quick escape of the hydrogen in the event a tank gets pierced, so they are better in that respect.

Whether or not we can develop tanks that do not forever leak is another issue.

If it all blows up in your face, just double down on all bets.

Doing the same thing over and over, expecting a different result - well, you know the drill.

At some point, economics has to be put back into the equation.

Around 30 years ago, the company I was working for was developing EVs using sodium-sulfur batteries. The batteries operated at a high temperature, around 600 F. As you can imagine, there were safety issues.

One day the development car caught on fire; it and several adjacent employee-owned cars burned to a crisp. The fire department had one heck of a time putting out a liquid sodium-sulfur fire. After that, employees parked far away from the R&D EVs. That technology died a well-deserved death.

Hydrogen fuel cells better?
—
Takes even more electricity to make hydrogen but if one caught fire it would just go boom and cause millions in damages.

Did you note how fast that first bus went up In flames? There would be no time to evacuate.

More capers and hijinks from spending other peoples’s money...

“Five e-buses, two hybrids and two combustion engines were destroyed, as were also the building and the charging station. “

Terrible to hear of the loss of two internal combustion engines. The West is going to soon need all they can find.

Zero to full involved in 3 seconds. WOW! That is some serious flame spread.

Hydrogen is too explosive. Why are they wasting time on this? There are other applications that hydrogen works well with. But moving vehicles is not one of them, and neither is sitting vehicles apprantly. 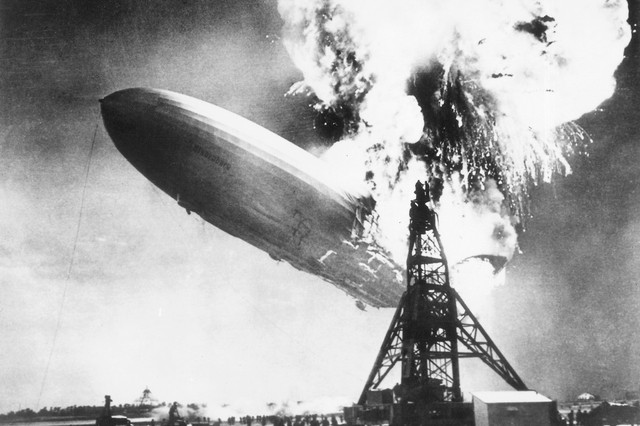 Hey, they get to buy more buses and get more kickbacks—win, win!

"Belit Onay is the first person with a migration background to become mayor of a German state capital. So who is the man who’s overturned 70 years of SPD government in Hanover and won over the city?"

Not too Green to Burn

Although fires can happen anywhere, they become critical and dangerous when e-vehicles are involved. An affected battery acts as a powerful fire accelerant due to a chain reaction and must also burn out completely, which can take as long as two days.

Lithium-Ion battery packs for EV’s (electric vehicles) are made up of thousands of individual Li-Ion cells. Testla cars have something like 7,000 of them. When charging, if just one cell is bad or a low-load cell got stuck in the pack by some production error, that cell is gonna get hot. When Li-Ion cells get over 230 degrees F they go into a neat little process thats called “Runaway Thermal Event”. The RTE is a lithium fire that burns at stupid high temperatures....enough to melt glass and no, water wont put it out. So...well...it makes a good “got a light” TV commercial if you know what I mean.