Attorney Benjamin Crump and members of George Floyd's family met on Tuesday with President Joe Biden, ostensibly to talk about what Crump calls the "George Floyd Justice and Policin' Act."

"The president was very personal," Crump told reporters afterward, "because he got to know this family over the years." Crump did not say how many years ago Biden first met the Floyds, but he can be forgiven for this miscue in that he usually makes even less sense than Biden.

If, however, Crump bragged to the president about how he cleverly framed George Zimmerman in the 2012 Florida death of Trayvon Martin, he did not share that tidbit with the press.

Had Crump tried to explain, reporters would have held their hands over their ears. As I can vouch from personal experience, mainstream "journalists" simply do not want to know how Crump flagrantly corrupted the most racially charged trial since O.J. Simpson's. 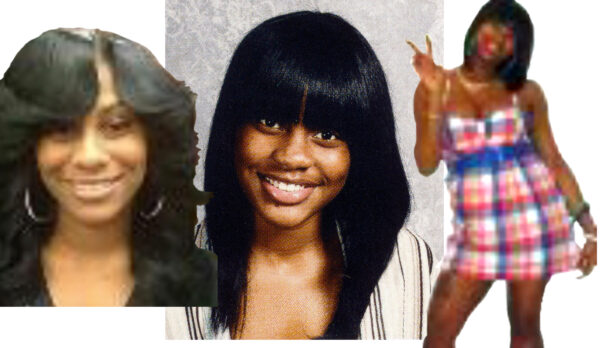 Pretty hard to believe they’ve become so wealthy what with the US being so systemically racis’ and stuff. So, if we are so bad, how come people ain’t bailing out for that better place? Hello? Hello?

And never paid a price.

That’s pretty much all you need to know.

Joel Gilbert has produced a superb work of investigative journalism. If the old media were not complicit in the hoax, this would be front-page news across the nation. A travesty of justice was perpetrated against George Zimmerman. The two-hour documentary shows how and why it was done.

Full disclosure: This correspondent has written extensively on the Trayvon Martin – George Zimmerman case. I was one of the first to defend George Zimmerman, to declare the case was being used for political purposes. AmmoLand News has also reported in depth on the event with in-person interviews.

Joel Gilbert’s documentary and investigative work are convincing evidence of how the fraud on the court was created, propagated, and promoted for political and financial gain.

Gilbert started his investigation with a desire to document how a far-left, radical mayor, with significant corruption problems, came within a squeak of being elected as the Governor of Florida in 2018. As he looked into the politics of the election, it became clear candidate Andrew Gillum used false perceptions about the Trayvon Martin – George Zimmerman case, fostered and promoted by the Media, to promote his candidacy. Gillum, who has since been involved in more scandals, came shockingly close to winning.

And the mainstream massed media, deliberately, does not care. Trump was defeated.

What never has been examined is Biden’s conduct during his term as VP and his reaction when Obama used the Bully Pulpit to create racial division during the Zimmerman trial.

When as a result of Obama’s inflammatory racist comments suggesting a racist murder. Where Obama’s remarks were interpreted by black gangs suggesting retribution for a racial incident went on attacking non blacks innocently entering “hoods” and attacking and sometimes killing them like the Australian visitor from Melbourne; Christopher Lane, here on a college scholarship in Duncan Oklahoma who was murdered while exercising on one of Duncan’s streets.

I did not realize the Bidens were so tight with the Floyds. George was probably like a son to Joe, much like Hunter, except George preferred fentanyl and Hunter enjoyed crack.

Wait till you see how many vote for Charlie the tuna Crist and Val.

Charlie is the original OrangeMan. And it would be bad.