What Happened When I Looked For Ancient Aliens In Roswell
The Federalist ^ | May 14, 2021 | Tristan Justice

A peculiar ranch incident in New Mexico nearly 75 years ago has kept UFO enthusiasts intrigued at the possible presence of alien life on Earth until this very day.

Amid a violent summer thunderstorm in July 1947, a large flying object fell out of favor with the gods and crashed on a ranch about 75 miles northwest of the military town. The events to follow gave rise to Roswell as a tourist attraction for UFO conspiracies comparable to the likes of Nevada’s Area 51.

Local rancher Mack Brazel was the first to stumble upon the field of debris that stretched wider than a football field. Reports of flying saucers were rampant at the time, and while Brazel hadn’t heard of them at first, sightings began to captivate the public nationwide.

Several days later, Brazel reported the crash site to local authorities and described the scene as “a large area of bright wreckage” where he found “rubber strips, tinfoil, [and] a rather tough paper and sticks” to the Roswell Daily Record in a story published on July 8, stoking rumors of a flying saucer.

The many rumors regarding the flying disc became a reality yesterday when the intelligence officer of the 509th Bomb Group of the Eighth Air Force, Roswell Army Air Field, was fortunate enough to gain possession of a disk through the cooperation of one of the local ranchers and the sheriff’s office of Chaves County.

The story was later retracted after the government released a follow-up explanation that the downed aircraft was a weather balloon. For years, that was that. The government’s position has remained the same ever since.

Eyewitnesses to the early events began to challenge the government’s official position 30 years later. Nuclear physicist and UFO researcher Stanton Friedman interviewed an intelligence officer involved with the case, Major Jesse Marcel, in 1979. He claimed the downed aircraft was of another world and that the government kept him quiet.

Countless other researchers and “ufologists” have called into question the government’s narrative for decades, highlighting inconsistencies in its subsequent reports. The International UFO Museum and Research Center in Roswell has become their campus.

While a bit corny to attract tourists, the people who run the museum are serious, with an entire library dedicated to the academic study of alien UFOs, to which the U.S. military has dedicated an entire program within the Pentagon.

This is what everybody misses.

You need sticks and rather tough paper to build an interstellar Bugatti.

Most uninformative article on UFOs and Roswell ever writtem IMHO the wreckage found was a prototypical Air Force baloon drone designed to monitor nuclear tests from a different perspective. It crashed, probably on a test flight. Sorry, no aliens travelling the unimaginable distance of 100 light years just to crash in New Mexico.

In before the meme

6 posted on 05/14/2021 6:56:04 AM PDT by wardaddy (Let me guess FREEPERS are now salivating over Tim Scott.....so predictable just like talk radio )
[ Post Reply | Private Reply | To 1 | View Replies]
To: Kaslin
A CIA agent told me that he had read the classified paper on what happened. He said it was a rice paper balloon with a dead Japanese bomber that was shot down to keep the bomb form exploding farther east.

The incident is still highly classified.

My Theory: It was a time machine from the future—from Japan. A warning of the end of the world unless things change. The deformed people were the Japanese pilots who were deformed from the effects of the future environment or the passage though time. It was a one way trip—but they may well have saved the world. I think this is as logical as aliens from space.

Space rope... That will stay with me all day.

Strange state. Lived there for 2 years a long time ago.

You were either a scientist for one of the labs and/or a gov't contractor and lived well or you were not.

Beautiful place though, and probably the best weather aside from California.

Hah! That’s what I was thinking too. Rubber and wooden sticks, sounds like alien interstellar craft to me!

Good quote in that article about how weather balloons 🎈 just don’t go splat ⚫ in the desert.

So they were racist

Manny people don't know what's happening here on earth, or even next door in many instances.

While not convinced of UFO's and life on other planets, I surely can't unequivocally deny their existence either. 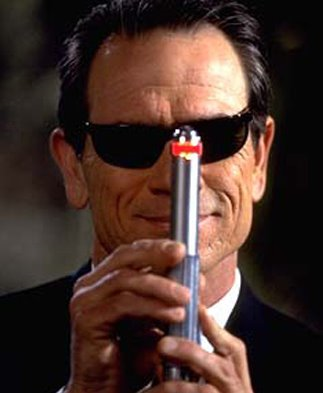 Thought I was going to get some KFC

sorry dude, but the information is long gone.

Why would it still be classified?
Also, we're supposed to believe that a balloon bomb was floating around for over two years?