President Joe Biden pulled out all the stops for International Women’s Day on Monday, but he arguably undercut women’s advancement while paying lip service to it. He issued a glowing statement about women’s empowerment, launched a Gender Policy Council, and signed an executive order barring “sex discrimination” — including discrimination on the basis of gender identity — in public schools. On one hand, Biden celebrated women’s advancement, and on the other, he forced schoolgirls to share bathrooms and sports teams with biological boys.

“On International Women’s Day, we celebrate the achievements, contributions, and progress of women and girls in the United States and around the globe,” Biden declared. “My Administration is committed to honoring women by investing in their opportunity, security, and wellbeing.”

“Elevating the status of women and girls globally is the right thing to do — it is a matter of justice, fairness, and decency, and it will lead to a better, more secure, and more prosperous world for us all,” Biden argued.

Yet as he made this important declaration, the president also arguably helped erect one of the “systemic obstacles” undermining “women’s potential.”

The president signed an executive order “Guaranteeing an Educational Environment Free from Discrimination on the Basis of Sex, Including Sexual Orientation or Gender Identity.” While he had already signed an executive order to a similar effect in other arenas, this order specifically directs the Department of Education to require schools to enforce transgender ideology in order to receive federal financial assistance under Title IX.

TOPICS: Culture/Society; Government; News/Current Events; Philosophy
KEYWORDS: article9; bathrooms; boys; gaystapo; girls; homosexualagenda; transgender
NOTE: While the order aims to prevent “sexual violence,” it will allow biological males to use women’s and girls’ restrooms and locker rooms in schools. Transgender activists claim that this is not dangerous because people who genuinely suffer from gender dysphoria (the persistent and painful condition of identifying with the gender opposite one’s biological sex) do not represent a threat in private spaces. Unfortunately, opening sex-segregated spaces like bathrooms and changing rooms would not just open the doors to individuals with gender dysphoria — it would also allow provocateurs like Jessica Yaniv and perverts to access private women’s spaces.
1 posted on 03/08/2021 8:20:42 PM PST by SeekAndFind
[ Post Reply | Private Reply | View Replies]
To: SeekAndFind

I am 72 years old with arthritis of spine and hip. My skeletal and muscle is good. I can kick the ass of a much younger female.

It is insanity for me to compete with a female, I am stronger and quicker.

We are just different and thank god for this. If we were all equal in all our qualities we would not be interested in each other. I am very interested in my wife post 27 years of marriage. LOL

When I was in high school, I would have been proud to stand in, uh, solidarity, with the female cheerleaders in the showers. And if they had wanted to shower with the guys, I’m positive they would have been welcomed with open arms. Among other things.

Do you think that the left’s open destruction of women is an influence of a religion from around the Persian Gulf? 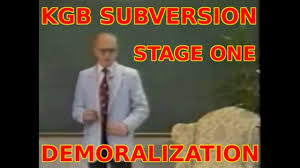