Answering questions from his audience on Zoom at a Likud event on Wednesday, Prime Minister Benjamin Netanyahu spoke of two reasons four Arab states normalized ties with Israel in the past year, and more want to join them: the economic advantages of cooperating, and shared security aims.

Netanyahu referred to his 2015 speech before both houses of the US Congress against the Iran deal: “During the speech, during the live broadcast, senior people from the Arab world called my people – I was still speaking – and they said: ‘We cannot believe what we are seeing... the daring of the prime minister of Israel. If he is willing to stand up against the strongest power in the world, we want to talk to you.’”

The prime minister added: “If there’s something that brings peace more than anything else, it’s that [Arab states] stopped seeing Israel as an enemy, and started seeing us as an ally in security and economically.”

This is a variation on things Netanyahu has been saying for some time, even more often since the United Arab Emirates and Bahrain took the plunge and normalized ties with Israel last year: We were drawn together due to a shared enemy, and then found other advantages to the relations.

What Netanyahu didn’t mention is that talks are ongoing to enhance the cooperation on security and intelligence matters, and not only with Bahrain and the UAE but probably Saudi Arabia as well, even though Jerusalem and Riyadh don’t have diplomatic relations.

These are countries that have been eyeing Iran’s latest steps toward a nuclear weapon with increasing concern, believe that a US return to the 2015 Iran nuclear deal would not prevent Tehran from getting the bomb, and are working together to counter it. In the past week, several Israeli news outlets, including The Jerusalem Post, have published stories to that effect, with each confirming the others’ reports and adding its own small details.

The coalition that includes Egypt, jordan, Israel, Saudi Arabia, Kuwait, Bahrain, Qaqter, United Arab Emirates and Oman can easily be understood as NATO. That's what it is.

Although President Trump was not mentioned, his son in law Jared Kushner was his personal envoy in Israel and getting the Embassy moved to Jerusalem. The President himself very early on, went to Riyadh and before all of the assembled Arab world declared that things were going to be different.

Biden now has no real say in the Middle East. He will be given lip service but will make no difference. Iran is contained.

The basis for an alliance between Israel, the 9/11 Saudis and the arid Sunni Gulf states is the threat of Iran. If Israel were smart it would use this alliance for what its worth ( flyover rights and landing sites) and take out Iran’s nuclear capabilities bfore the weapons are loaded on medium range stealthy ballistic missiles. That “alliance” can quickly fall apart and the Obama operatives who now control CIA and NSA will inevitably leak any knowlegde they have of Mossad’s operation within Iran to the mullahs.

Long running ‘joke’ from an Israeli friend of mine:
Imagine an army with Egyptian manpower, Saudi money, and trained and led by the Israelis!

This article is just plain fascinating.

I remember reading about intelligence cooperation between Israel and Arab nations back in the 1980s in such books as “The Spymasters of Israel”.

These relationships seem to have blossomed now that there is a mutual future-nuclear enemy.

Biden’s bailing on helping Yemen’s shaky UN-supported regime will help push the Saudis back in the right direction, even though it is inconceivable that it was the main motivation for the abandonment.

If they do, I suspect it will have more impact in the region than NATO.

There are no permanent allies, only permanent interests.

This was predictable at least, and possibly inevitable.

Although he never said so, I had the opinion that is where Donald Trump was going with the Abraham Accords along with Egypt, Israel, Saudi Arabia, and several other like minded Muslim countries. Remember his first meeting with ME countries after taking office; I thought that was the beginning of a plan - a Mideast alliance similar to NATO. Then another one in the Far East countries - each region banding together for common defense.


This one sentence sums up the failure of traditional US/Western policy in the Middle East. For too long, the West has treated the ME as a Protectorate that had to abide by the West’s view of how things should be done. Trump changed the playing field by encouraging the ME countries to talk to one another and to make decisions that worked best for them. Clueless Biden, who has been on the wrong side of every foreign policy issue for his entire career, tried to go back to the old way of thinking by suggesting the US will rejoin the JCPOA, relax sanctions, and by removing the Iran supported Houthis in Yemen from the list of terrorist organizations. None of this was missed by the ME countries most effected, and this is the impetus for talk of a ME NATO. These countries are forging their own way forward and no longer will be subjected to the directions of the US or the West.

It is my understanding that Israel has had fly over Saudi Arabia for years. The basis for that thought is reports read here on Free Republic years ago.

What is not mentioned and is unmentionable that somehow the Iranian nuclear bomb does not exist.

During the time of President W Bush we were led to believe it would be a reality in say two years. The bomb still doesn’t exist and creation is still just around the corner. The coalition before it existed managed to covertly eliminate the Iranian nuclear endeavor with many known and who knows how many unknown successful efforts

Also unmentionable is nuclear superiority. If as is widely publicized Israel possesses a nuclear device of some sort. Now, so does Saudi Arabia et al. So, it can be reasonably surmised that Iran is screwed big time

Meanwhile, Biden boasts of renewing the trashed Inranian nuclear deal that is now totally irrelevant. For him to even mention it makes him a world laughing stock. Biden and crew of jesters are all are playing a game in the press that is already over

Doubt the Israelis are underestimating Iran’s current capabilities of very quickly assembling nuclear weapons. Pakistan when confronted with a nuclear armed India and with much less manufacturing infrastructure and nuclear facilities quickly assembled and tested nuclear weapons. Israel takes the mullah’s rants to destroy Israel seriously. Apparently the 9/11 Saudis and the arid, air conditioned Sunni Gulf states are also worried. Also doubt that Netanyahu, who ‘s life has been defined by the Holocaust, will leave the existential Iranian threat to Israel and the Jewish people intact before he leaves office in the near future.

“That “alliance” can quickly fall apart and the Obama operatives who now control CIA and NSA will inevitably leak any knowlegde they have of Mossad’s operation within Iran to the mullahs.”

Around two hundred, last time I looked it up.

(the last handful saved for Berlin and Moscow). 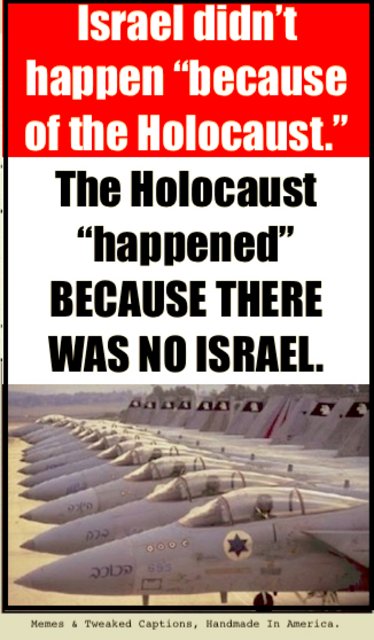