On Thursday afternoon, President Donald Trump released another statement bashing Senate Minority Leader Mitch McConnell, who he previously described as a “dour, sullen, and unsmiling political hack”. In the latest statement, responding to false accusations from the Wall Street Journal that he is responsible for the loss of two Republican Senate seats in Georgia, lays the blame squarely on Republican Governor Brian Kemp and McConnell.

President Trump then sought to “set the record straight” on why the Republican Party lost the two Georgia Senate seat. “First, Republicans did not turn out to vote because they were so angry and disappointed with Georgia Republican leadership and Governor Kemp for failing to stand up to Stacey Abrams and the disastrous Consent Decree that virtually eliminated signature verification requirements across the state (and much worse),” President Trump wrote, which he says led to “a rigged election.”

Then, President Trump proceeded to explain how McConnell – the leader of the Republican Party in the Senate – bungled the race by refusing to recognize political realities.

“Second, Senator Mitch McConnell’s refusal to go above $600 per person on the stimulus check payments when the two Democrat opponents were touting $2,000 per person in ad after ad. This latter point was used against our Senators and the $2,000 will be approved anyway by the Democrats who bought the Georgia election—and McConnell let them do it!” President Trump added, “Even more stupidly, the National Republican Senatorial Committee spent millions of dollars on ineffective TV ads starring Mitch McConnell, the most unpopular politician in the country, who only won in Kentucky because President Trump endorsed him. He would have lost badly without this endorsement.”

Sen. Lindsey Graham, a strong ally of McConnell and lukewarm ally of President Trump, recently traveled to the President’s Mar-A-Lago estate in Florida for the purpose of convincing President Trump to abandon his feud with McConnell, despite McConnell generating the ill will when he repeatedly accused President Trump of inciting an insurrection on January 6. It appears Graham was unsuccessful.

President Trump also noted that McConnell cannot speak authoritatively on China, as he has strong familial ties to the communist country. McConnell’s family controls a shipping magnate that, while nominally based in the United States, exclusively sails with flags from foreign countries. Additionally, McConnell’s net worth dramatically increased alongside the fortunes of this shipping company.

McConnell is also willing to work to serve the Biden regime’s agenda. Recently, he confirmed that he will green light the Senate confirmation of Biden’s Attorney General nominee, Merrick Garland, who has sought to curtail the Second Amendment for over 20 years.

I’d have dropped the elaine IG report in there for good measure.

Trump’s got a point.

McConnell is despised by both Republicans AND Democrats.

People like to point at Nancy Pelosi and Chuck Schumer as nasty, utterly
corrupt examples, when they have always been 2nd fiddle to the sneakiest,
most corrupt entity there... Mitch McConnell.

(And his sidekick Linsey Graham.)

Yay, another strongly worded statement. How will Mitch ever recover?

Do you want some cheese with your w(h)ine? 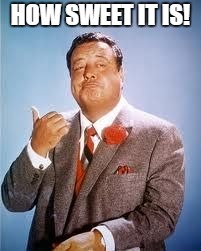 “In the latest statement, responding to false accusations from the Wall Street Journal that he is responsible for the loss of two Republican Senate seats in Georgia, lays the blame squarely on Republican Governor Brian Kemp and McConnell.”

Trump put the $2,000 check idea into the Democratic playbook.

“I definitely interpreted Warnock and Ossoff’s many advertisements and interviews where they spoke explicitly of getting people ‘$2,000 checks,’ as meaning $2,000 checks,” Atlanta, Georgia-based YouTuber Mac Holmes told Mediaite. “If they meant $1,400 on top of the previous $600, why continue advertising $2,000 checks after the $600 was already passed? That’s at best misleading and at worst an outright lie.”

Note that the Code of Georgia §21-2-570 provides that “Any person who gives or receives, offers to give or receive, or participates in the giving or receiving of money or gifts for the purpose of registering as a voter, voting, or voting for a particular candidate in any primary or election shall be guilty of a felony.”

“’When you send me and Reverend Warnock to the senate, we will pass those two thousand dollar stimulus checks that the people need, that families need to stay on their feet and in their homes,’ Ossoff reiterated.”

What’s to whine about? I don’t even read the Wall Street Journal editorial page.

(It wasn’t me complaining about it. It was someone else. But you might hesitate to call his complaint “whining.”)

Would you rather he didn’t respond?

I thought you were referring to Trump. If not, I AM SORRY. I felt has every right to strike out at McConnell and the Wall Street journal, that is why I said what I said.

You can add me to that group. By me Mitch McConnell is one of the least pleasant, meanest looking congress critter.

And that awful speech he gave after Trump's trial on impeachment was just a horrible thing to do. He didn't have to praise the guy but he could have just kept his mouth shut.

It's really time for him to go.

Trump isn’t wrong on this. McConnell needs to step up or retire. I don’t think he has what it takes to make a case for limited government that serves the interests of the citizens.

I’d rather he do whatever suits him.

Attacking an obscure, ignored, discredited editorial page seems like a waste of time to me, but everyone needs a hobby.

The Republicans lost the sets in Georgia because they made a deal to get rid of Trump, and it backfired.

“McConnell is despised by both Republicans AND Democrats.”

No one respects a traitor. The British deemed Benedict Arnold a loathsome creature.