Alanna Smith's dedication to her sport is profound. Just listening to the elite high school track star explain her training schedule is exhausting. Yet no matter how hard she trains, if she has to compete against biological males, she stands no chance of winning.

"There is simply a biological advantage that males have over females," explained the daughter of baseball Hall of Fame pitcher Lee Smith.

"Here is a perfect example," Smith told me. "I have a twin brother who is an athlete but does not run competitively for his sports. We raced against each other recently, and he beat me. Not because he trained harder, but because there are biological and physical advantages boys have over girls in some sports."

Smith, who set high school and county records as a short-distance track runner the moment she stepped on the field as a freshman at Danbury High School in Connecticut, says when she turns up to compete against male runners who identify and compete as females, she knows the cards are stacked against her.

And it has nothing to do with not being prepared.

"It is frustrating. I spend all of that time training to compete against other girls, and I find myself losing to biological males," she said.

Since 2017, two males who identify as female have taken 15 women's state championship titles in Connecticut. Smith's frustration led her last February to join with two other elite Connecticut runners, Selina Soule and Chelsea Mitchell, to file a federal discrimination complaint against Connecticut's policy allowing transgender competition against females. The girls explained that the suit alleges the policy unfairly marginalized them and violated Title IX, the federal law designed to ensure equal opportunities for females in education and school-based athletics.

Mitchell said she was ranked as the fastest girl in the 55-meter dash in Connecticut high school track in 2019. "Then I went to a high school competition, competing with two biological males who identify as girls," she said. "I really put my all into it, (but) I ultimately came in third, behind the both of them."

Soule said she missed an opportunity to qualify for the New England state championship in 2019 by one spot: "Both spots above me were taken by biological males."

Soule said that two distinct positions can be held about this that don't need to conflict with each other.

"This is not about not being supportive of the transgender community," she asserted. "Not at all. This is about fairness to girls and women. you can effectively hold both points of view."

White House press secretary Jen Psaki was one of those elite high school athletes in Connecticut in the mid-1990s who was able to shine because of Title IX as an accomplished swimmer for Greenwich High School, and she earned all-state honors in the backstroke. Psaki went on to swim for two years at William and Mary, an NCAA Division I school that currently gives out approximately 200 athletic scholarships a year, including women's swimming.

A 2020 study by the International Journal of Environmental Research and Public Health showed among female and male competitive swimmers, males were increasingly faster than females beginning at the age of 10 years and continuing until the age of 17. In other words, had Psaki -- who was also the captain of the high school swim team -- had to compete against male swimmers who identified as female, her results may have fallen, despite her devotion to competing in her sport.

When asked about Biden's executive order and what the White House message is to the girls being forced to compete in sports against biological males, in particular in high school sports that lead to scholarship opportunities, Psaki said: "The president's belief is that trans rights are human rights, and that's why he signed that executive order. In terms of the determinations by universities and colleges, I would certainly defer to them."

In short, she did not answer the question, despite the president making it a priority to place female athletes and male athletes identifying as females in direct competition. Since Title IX, female athletes have been given the opportunity to compete in sports, giving them the experiences that athletics give to the development of the young mind and body, such as organization and dedication, and learning how to manage both the lows of sitting on the bench or losing and the highs of winning or excelling.

It also gives them the opportunity for scholarships, just like the boys.

Soule said that competing in sports is as important for young women as it is for young men and teaches important, lifelong lessons.

"It is one thing to show up at a meet expecting to compete against another girl you know is a worthy rival," she said. "It is another to show up and know you will lose before you even start because of the biological advantages you can do nothing about."

Christiana Holcomb, who is representing the three girls for the Alliance Defending Freedom, a legal foundation, said: "It is because of the advantages of those biological differences that these girls are losing their ability to compete fairly. That is what this is all about."

There is no need to put “biological” before “male.” A male is a male, biologically. Putting “transgender” before “female” doesn’t make the person female. The person remains male.

But logic and science have been eliminated in the Post Woke world, and have been replaced by magical incantations and superstition.

If extra college admission points are awarded to applicants based on race, soon athletes will be awarded advantages based on gender. Where does it stop will legal decisions have a leveling points chart too. 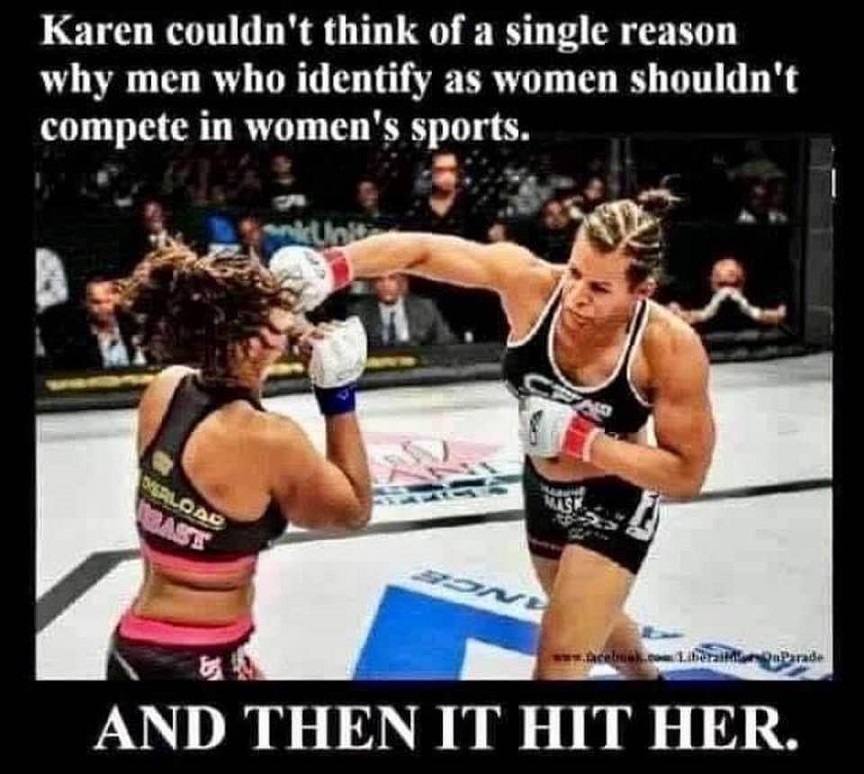 there is no such creature as a girl. the term is passe, archaic

When a mentally ill person thinks he is a fie hydrant: it is his dysfunction. If his teachers let their pets pee on that particular compliant fire hydrant: whose dysfunction is that? What fools have let fools set the standards for good and healthy?

There is simply a biological advantage that males have over females,” explained the daughter of baseball Hall of Fame pitcher Lee Smith.””

This ain’t happening in a vacuum. For two generations we’ve been actively making believe and being forced to make believe that the historically recognized difference between men and woman was a construct of the mean evil patriarchy. Without THAT idiotic untruth being shoved down our throats the mental conditioning necessary to the LATEST idiotic leftist premise would never be possible.

If you accept bullshit as Truth you are no longer auditing or acting in reality. Good luck asserting the opposite of what our entire society participated in elevating as Truth these many decades.

Early in this sick game I worked for a municipality where we were instructed forcibly to attend a diversity training program. Most of my colleges were female Latino blacks minority whites. The instructor began by saying that no one in this room will have any objection to a male believing he was a female and looking the part Or not have access to a female bathroom where your young daughter just entered. NOT A ONE STOOD UP AND BITCH SLAPPED THIS PR### INSTRUCTOR, WHY? because their job was at stake. EXTORTION

Why not create a division called “Authentic Females” and one called “Come on man. You know, the thing” for the other critters to compete in?

She needs to transgender herself and start taking large daily infusions of testosterone and steroids. but just not enough to fail to remain female.

Come on, get WOKE gurl!

This is stupid. As if the main problem here is “girls being hurt” because they can’t win some athletic competition.

THE PROBLEM IS REQUIRED DENIAL OF REALITY BY ALL PEOPLE, boys, girls, men, women, leaders, followers, Christians, Jews - you name it.

This is the Party demanding that 2+2=5. By accepting it, people are actually becoming accustomed to BELIEVING that 2+2=5.

This will have consequences much more severe than some girl losing some contest to a boy.

Perhaps there should be three categories; male, female, other?

it’s women issue. let them sort it out. They vote. 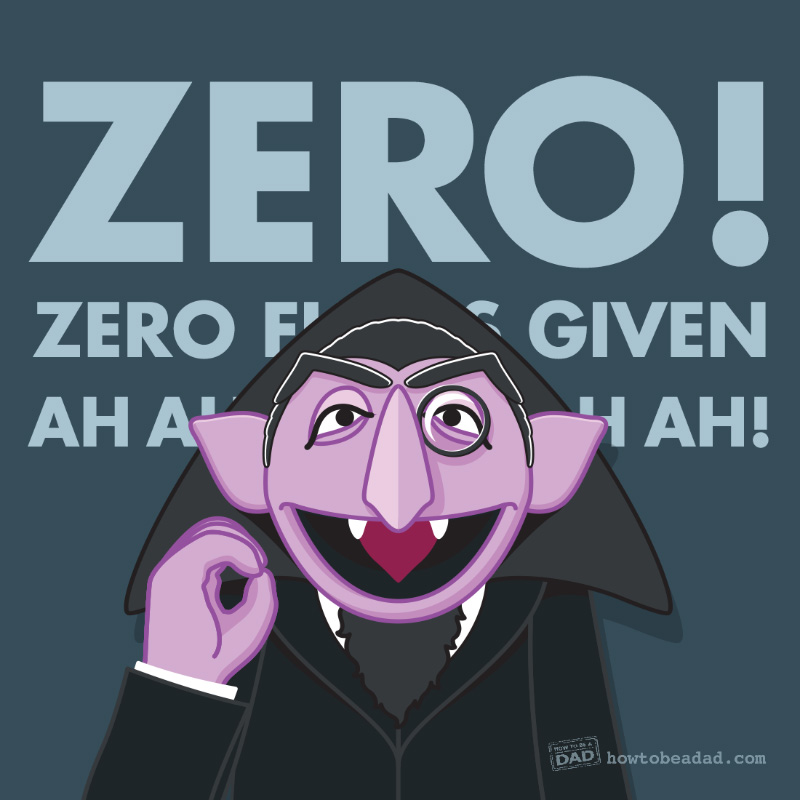 15 posted on 02/23/2021 5:45:19 AM PST by snoringbear (,W,E.oGovernment is the Pimp, )
[ Post Reply | Private Reply | To 13 | View Replies]
To: Kaslin
This is really a battle that the women are going to have to fight. As a man, I throw up my hands. It seems that most women don't care that men - who likely weren't good enough to make the boys teams - are allowed to tie a scrunchie in their hair, proclaim themselves women and compete in women's athletics. So why should I get worked up about it?

I have no vested interest in sustaining the purity of women's athletics.

Women need to step up to the plate here or they will see increasing amounts of men infiltrating their sports, putting them on the sidelines, and making a mockery of their athletic programs.

I’m hoping this will signal the end of gender
insanity.

It is about time women learn their lesson.

Think of the male job candidate, or someone bidding on a project but knowing that they will not get it because of affirmative action or a set-aside.

Something, something, dies by the sword