Have you ever heard of the Depository Trust & Clearing Corporation? What about Cede and Company? If those names are foreign to you, then you don’t really understand how the core of our financial system really works. A lot of people are blaming Robinhood CEO Vlad Tenev and the heads of other major trading platforms for the stock trading restrictions that we witnessed last week, but it was actually the DTCC that suddenly jacked up deposit requirements ten-fold. Robinhood and other trading platforms were put in a vise-like grip, and they had no choice but to act. Someone needs to investigate how these decisions were made at the DTCC, and if laws were broken those that were responsible for the decisions need to go to prison. 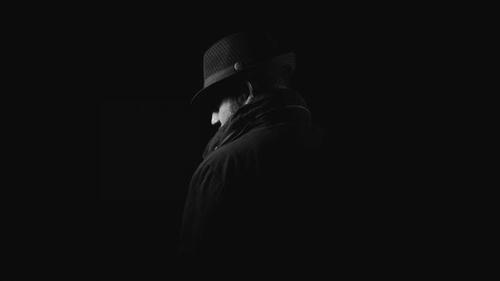 We are being told that retail traders needed to be brought under control “for their own good”, but it was the reckless short selling of the big hedge funds that actually set the stage of last week’s chaos.

Why doesn’t anyone ever talk about restricting their exceedingly foolish trading strategies?

Thanks to relentless buying by “the Reddit Army”, several major hedge funds got absolutely slaughtered last week, and that group included Melvin Capital…

Melvin, a major short-seller of GameStop, bet that the company’s shares would drop. But, on January 11, GameStop announced new board members who could help it with digital sales. That set off a fury on Reddit, namely subreddit WallStreetBets, which catapulted GameStop’s stock more than 1,600%.

Of course the small fish are not supposed to beat up the big fish like that, and the billionaires at the big hedge funds undoubtedly reached out to their powerful friends for help.

There had been speculation that the big hedge funds leaned on Robinhood CEO Vlad Tenev and the heads of other large trading platforms directly, but the truth is more complicated.

It turns out that the pressure on Robinhood and other major trading platforms came from the clearinghouse level. The following comes from a piece in USA Today that was authored by Vlad Tenev himself…

In a matter of days, our clearinghouse-mandated deposit requirements related to stocks increased ten-fold. These deposits are the collateral we post to ensure our access to clearinghouse services on behalf of our customers. They are what led us to put temporary buying restrictions in place on a small number of securities that the clearinghouses had raised their deposit requirements on. As we noted in a blog on Friday, it was not because we wanted to stop people from buying these or any stocks — we built Robinhood to provide access to investing for all. And it certainly wasn’t because we were trying to help hedge funds.

Tenev didn’t mention it by name, but the company that clears almost all of Robinhood’s trades is the Depository Trust & Clearing Corporation. If you are not familiar with the DTCC, here is some basic info from Wikipedia…

The Depository Trust & Clearing Corporation (DTCC) is an American post-trade financial services company providing clearing and settlement services to the financial markets. It performs the exchange of securities on behalf of buyers and sellers and functions as a central securities depository by providing central custody of securities.

DTCC was established in 1999 as a holding company to combine The Depository Trust Company (DTC) and National Securities Clearing Corporation (NSCC). User-owned and directed, it automates, centralizes, standardizes, and streamlines processes in the capital markets.[3] Through its subsidiaries, DTCC provides clearance, settlement, and information services for equities, corporate and municipal bonds, unit investment trusts, government and mortgage-backed securities, money market instruments, and over-the-counter derivatives. It also manages transactions between mutual funds and insurance carriers and their respective investors.

In 2011, DTCC settled the vast majority of securities transactions in the United States and close to $1.7 quadrillion[4][5][6] in value worldwide, making it by far the highest financial value processor in the world.[6] DTCC operates facilities in the New York metropolitan area, and at multiple locations in and outside the United States.

Theoretically, the DTCC is supposed to be a neutral participant in the markets.

But as we saw last week, that is definitely not the case.

So why should we allow a “for-profit monopoly” to have so much power over our financial system? The following comes from a piece that was just authored by Omid Malekan…

The brilliance of this excuse is that it only proves the skeptics and conspiracy-theory believers right. DTCC is a for-profit monopoly that sits at the heart of America’s financial system. It is controlled by the biggest Wall Street institutions and responsible for all public equity settlement. A subsidiary of it literally owns every single share of publicly traded stock in America. Yes, you read that correctly. You don’t actually own your shares of Apple or Microsoft, they do. You are only allowed to enjoy the financial benefits of being an investor because your corporate overlords let you. Why? Because the government wants it that way (the fact that financial firms like DTCC always donate a lot of money to politicians has nothing to do with it.)

Of course the DTCC is not actually the top of the pyramid.

This small New York based financial institution has a dozen directors and no more than a half dozen employees but holds, according to some reports, some 34 trillion dollars in assets.

And, on paper at least, own all the stocks traded.

One or more decision makers at these shadowy entities decided to put an extraordinary amount of pressure on Robinhood and other trading platforms.

We need to find out exactly who was involved in making the decisions, and if something illegal took place the decision makers need to be held accountable.

For now, Robinhood and other trading platforms will continue to restrict trading in certain stocks as we begin a new week…

Robinhood will continue to limit trading on Monday in short-squeeze names like GameStop that have experienced explosive rallies and unprecedented volatility over the past week.

Customers can only buy one share of GameStop’s stock and five options contracts. However, the millennial-favored stock trading app did cut down its list of restricted stocks from as many as 50 on Friday to eight starting Monday.

Our financial system is far more vulnerable than most people realize, and it is just a matter of time before the house of cards comes tumbling down.

Anyone that still thinks that we have a “free market” after what we witnessed last week is simply being delusional.

Very powerful forces look out for the interests of the ultra-wealthy, and the game has been carefully designed for them to win.

Too big to fail and too big to jail.

The same double standards we saw from DOJ with Hillary and Trump now extend to the SEC and Wall Street.

Those of us paying attention knew this after the housing bubble burst, but these kids on Reddit just yanked down the pants of hedge funds who immediately ran to the bureaucrats and democrats (and GOPe) for protection because they were on the losing end of the scam they have pulled for decades.

The real threat that the left will prosecute these kids for using the same game against the hedge funds should terrify everyone.

Speaking of stocks, anyone notice Pelosi violated the Stock act again? Clear cut criminal act of trading on insider information which is now illegal due to the Stock act of 2013 signed into law by B. Hussein Obama. Anybody in the Republican party say anything? Any calls to impeach her?

Having owned a couple of businesses I can tell you the people in the trade regardless of the business are a clannish lot. In general the customers, the retail trade are looked down on. Just about any time would get broken to favor “the trade” over some retail stranger. It sounds like rules, customary practices and possibly mass were broken. But these traders are big contributors so, likely prosecutorial discretion will be liberally employed. The little guys will end up with the short straw.

Ally investment sent out a letter of restriction to me too so stay clear of them too.

The reddit kiddie charged a foxhole and found a few enemy combatants sleeping and nailed them. Now they think they are a 101st Airborne division. No hedge fund will be found sleeping again.

I suspect most of the buyers in that range were hedge funds that were forced to cover their short sales under duress.

Yeah, how ‘bout a name? ANTIFA would have it out there by now if they cared.

“I suspect most of the buyers in that range were hedge funds that were forced to cover their short sales under duress.”

That’s what I figure.

That’s how you lose half your stash in a few days.

Times and sales on Thursday and Friday of last week show lot did.

Can anyone recommend a good trading app that did not prohibit the purchase of gamestop? I looked at the recent reviews on the app store and all of the name brands have horrible reviews because they participated in protecting the hedge funds.

The only thing that baffles me about this is why GME management did not issue a boatload of new stock in to this pump. They could have really cleaned up. Must not have had enough authorized shares available and would not have been able to get the vote done in time to increase those.

Do you mean a broker that has an app?

This would make a great movie. Like a Mission Impossible or Jack Ryan one.

Let’s turn over the clearing house functions over to the government, so every 5th trade gets lost like in the US mail system. Or if you want to make a trade, you have to wait in line like at the DMV.