Donald Trump Jr. exposes the real reason Biden is blocking Keystone XL: This has nothing to do with the environment or even politics. It's all about the Benjamins.
NOQ Report ^ | 01/22/2021 | Lorie Wimble

Even before Joe Biden was inaugurated as president, he and his team were calling for an end to the Keystone Pipeline. The fourth leg of the energy project, Keystone XL, has been delayed, then resumed, and now delayed again by three presidents since 2015.

It attracted opposition from environmentalists, becoming a symbol of the battle over climate change and fossil fuels. At least that’s the story we’ve been hearing from mainstream media, environmental groups, and the Biden administration. But Donald Trump Jr. has a different, more lucid take on what’s been happening.

See how that works? It’s not environmental policy it’s a kickback to democrat donors and nothing more. https://t.co/PwRrMRwTbO

Billionaire Warren Buffett and other major donors to Democratic candidates clearly benefit from an end to Keystone XL. Their methods of transportation, from rail lines to semi-trucks, benefit from the diminished effectiveness of the pipeline. The oil will still come, but now it will have to be transported less efficiently and at higher cost to consumers.

But does it benefit the environment? No. Many of the original complaints against Keystone XL have been debunked. Moreover, the change in transportation style does more to harm the environment than the pipeline itself. Conservationists have a claim, but climate change environmentalists have backed away from their complaints because as long as demand for the oil remains high, it’s going to continue to flow in ways that are less carbon-friendly than the pipeline.

It really does come down to the money and the Democratic donors.

We’re barely two days into a Biden administration and the skirts are already being lifted on the hypocritical policies. Blocking Keystone XL has nothing to do with the environment and everything to do with leftist megadonors.

The big guy has been upgraded. He takes 20% now.

A bunch of malarkey.

Come on Man, everyone in a criminal organization knows they have to kick up a gratuity to the Godfather. He has to wet his beak. You need to show respect.

It is all about The-Party.

It is always about
The-Party, in all communist states.

The-Party does whatever it wants and all must serve The-Party, or be crushed. Servants of The-Party are immune from all laws, as long as they do what the The-Party wants.

8 posted on 01/22/2021 9:11:29 AM PST by mosesdapoet (mosesdapoet aka L.J.Keslin posting here for the record hoping somebody might read and pass around)
[ Post Reply | Private Reply | To 1 | View Replies]
To: SeekAndFind

Where does oil on rail cars go?

Where does oil on rail cars go?

Old news from the glorious Obama years. Those idiot garbage people protesting out there were funded by Buffet’s environmental front groups and those useful idiots never bother to check what they are protesting for.

so more money on rail?

except Canada is considering selling the pipe as scrap to recap costs, and not exporting to the US at all.

Remember when Warren was politicking on behalf of Obama for tax increases?

And Obama was stopping the pipeline so Warren could transport the oil? 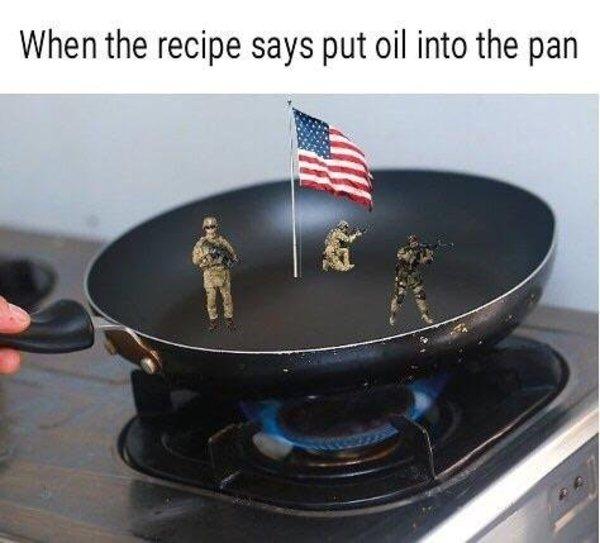 Nothing happens in government without someone making bucks from it.

Warren Buffet already a billionaire many times over who does not need any more money has destroyed the jobs of at least 11,000 people with some 42,000 auxiliary jobs lost.