“I couldn’t be more pleased to learn that Alabama will be the new home to the United States Space Command!” Ivey tweeted.

“Our state has long provided exceptional support for our military and their families as well as rich and storied history when it comes to space exploration. This combination only enhances the outstanding relationships we have with the 65 diverse federal agencies on Redstone Arsenal, not to mention the growing presence of the FBI and other federal installations.”

The Air Force said Huntsville checked off all the requirements for the Air Force: proximity to military bases involved with space, high security and communications capabilities.

Colorado Gov. Jared Polis called the decision “misguided” and said the state’s aerospace security, military heritage, and quality of life makes it the “epicenter of national security space and the only permanent home for U.S. Space Command.”

Huntsville is home to the largest space museum in the world: the U.S. Space & Rocket Center.

Not only is America’s space program on exhibit in Huntsville, it was forged in Huntsville. We’re known as the “Rocket City” because Huntsville, Alabama is where rockets were developed that put men on the moon. When you visit this attraction, you can’t help but feel the anticipation Dr. Wernher von Braun and his team must have felt as they prepared to put man on the moon. And now you can learn about NASA's current plans (and Huntsville’s role in it) to travel to Mars with the world’s most powerful rocket – the Space Launch System (SLS).

No room at the Pentagon?

I agree with this choice even though my experience is in Sunnyvale, Austin, and Troy (with Lockheed). I have visited the exhibits in Huntsville and even flew in one night for an emergency problem with the THAAD missile communication system (at Cortland at that time)

Alabama is a nice place but our son went to Auburn, (War Eagle) but congrats to the Tide this year.

I put the Space Force logo on my car last week. Will put another on the passenger side. They were about 2 bucks. Looks great!!

So much for Grissom Air Plane Patch getting the nod, not that the base had a snowball’s chance in BLEEP. 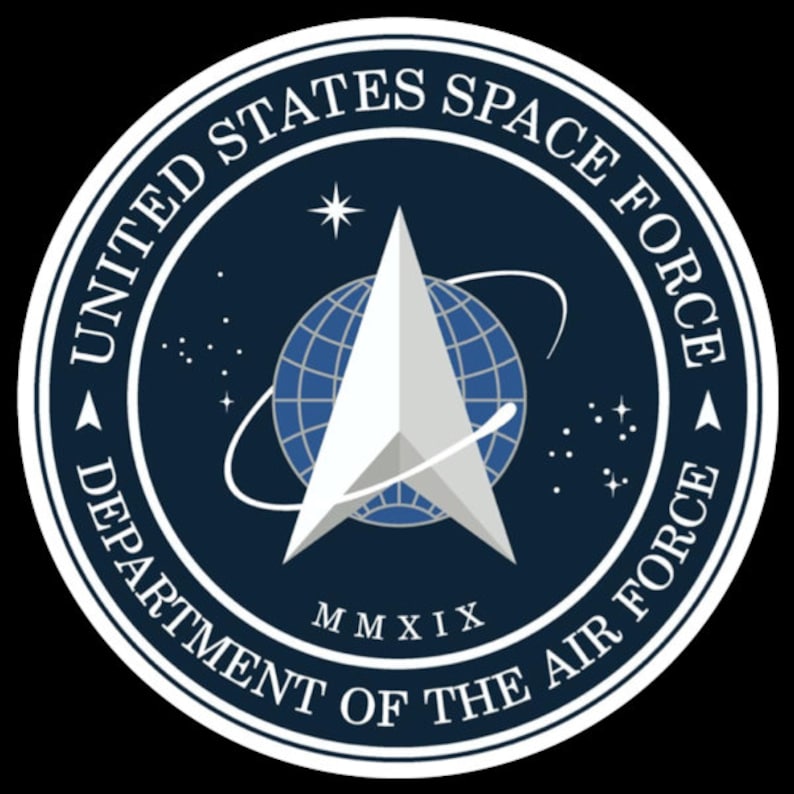 My late father worked at Redstone during the 60’s & 70’s, Huntsville is the birthplace of America’s space program. I think they made a great choice

9 posted on 01/13/2021 3:19:42 PM PST by orlop9
[ Post Reply | Private Reply | To 1 | View Replies]
To: blam
As a Coloradan, the practical side of me says that it should have remained near Colorado Springs, because NORAD is also located there, and the new Space Delta 4 (formerly the 460th Space Wing) is located at Buckley Air Force Base near Denver.

On the other hand, Colorado is now enemy territory, so perhaps they didn’t want a critical military installation located behind the lines.

Remember that most graffiti like this will be done in space.

Marshall Space Flight Center is there.

I know some bright Materials Science people out that way.

Whether or not there is room in the Pentagon, think this as getting bureaucrapts out of DC and into the hinterland and make them live with “common folk.”

Regarding “room in the Pentagon” the military command structure and bureaurcracy exceeded the capacity of the Pentagon many decades ago, probably around 1960. When I first went there in 1981, there were entire DoD organizations in a dedicated set of at least 6 high rise buildings know as Crystal City. It was just across I-395 on the south side of the Pentagon. I was in the actual Pentagon building, in the 2nd sub-basement for 2 years in the Army Operations Center. It was a pretty good assignment. I arrived as a SSG and departed as a CPT.

But will Star Gate Command remain at Cheyenne or have to move to Alabama?

I’m surprised, I figured the Air Force mafia would ensure this HQ would be in Colorado Springs. HSV is a great location. The persons I’ve known who’ve been part of relocations to HSV have been very happy.

FWIW, I was first assigned to Redstone (Huntsville) in 1973. In fact, I’ve moved here three times, 1973, 1974, and 1996. I’ll live here till I die. Absolutely the best place I’ve ever lived. Most liberal/bluestate/progressives won’t like it here since the taxes aren’t nearly high enough and the politics are decidedly right wing.

16 posted on 01/13/2021 3:34:50 PM PST by DugwayDuke (Biden - Not My President!)
[ Post Reply | Private Reply | To 1 | View Replies]
To: blam
It really doesn't matter. I would not be surprised at all if our new communist government cancels the Space Force. They would not want the US projecting power. Not only that, China will tell them to cancel the program. Money is better spent buying votes anyway. /sarcasm>

Also expect the Artemis moon shot program to be cancelled too. Only great nations do great things and the commies don't want us to be great.

That's right. It's those Saturn V people. At zip codes 358xx no less.

Ah yes, dear old Grissom AFB, aka Bunker Hill AFB/Naval Air Station. I remember my dad taking me there for an open house once and another time just to watch the B-58 Hustler’s take off and land.

It is a nice remote location, but I’ll have to agree that the missile center at Huntsville makes sense.

I’m guessing that they decided that Cape Canaveral was too much in the route of hurricanes tracking up the coast.

No room in California...