“The accounts have been suspended in line with our policy on Coordinated Harmful Activity,” a Twitter spokesman told NBC News. “We’ve been clear that we will take strong enforcement action on behavior that has the potential to lead to offline harm, and given the renewed potential for violence

Getting my stuff off of Fakebook tonight.

4 posted on 01/08/2021 3:04:04 PM PST by ifinnegan (Democrats kill babies and harvest their organs to sell)
[ Post Reply | Private Reply | To 1 | View Replies]
To: Bigtigermike
WHY all the sudden need to BAN people like Flynn & Powell and to REMOVE Trump IMMEDIATELY?

Dark Day for America – Will Trump Strike Back? – Alex Newman

Journalist Alex Newman says if you think the certification of Joe Biden as President means it’s over, you are wrong. It is not over, and the Deep State coup plotters are afraid of President Trump invoking something called the “Insurrection Act.” That act allows him to stop a coup or an attack on America by using the military or militia.

Trump has said that he has tried to overturn the fraudulent election by all legal means and has failed. Newman says, “Former head of the Defense Intelligence Agency (DIA) General Michael Flynn says he is 100% sure Trump will be President for the next four years. He said it was a ten out of ten.  Flynn knows things we don’t know, and Flynn is dealing with the President on a regular basis. . . . The President has to understand that if he walks away, they are never going to leave him alone. . . . It’s a dark day for America.

There are a lot of people that think the President is considering various options (such as the Insurrection Act).  I get the sense that the Deep State swamp monsters are absolutely freaking out. There are a few reasons why I say this. One is the hysteria of removing the President under the 25th Amendment, and if that fails, then going for an impeachment. Why?

If you really believe the guy’s gone in two weeks, if he’s been defeated and you’ve got him in checkmate and there is nothing more he can do, why are you so anxious to get him out of there?  I think they are worried about massive declassification. . . . I also think there is something else.  Several former Defense Secretaries have written a letter and told the President that he should not invoke the Insurrection Act. Some generals that I was recently on a call with say he must invoke the Insurrection Act. I don’t know what he’s going to do, and I am not making any predictions, but I do think there are many powerful people in Washington that are terrified of what he might do in the next two weeks.”

So, more proof that the 1st Amendment is gone...others soon to follow in this new socialist country...

1984 by means of pinko owned corporations.

They just need to move to Parler and Gab until those are kicked off the internet.

Pretty sure Trump is next after the inauguration.

All part of the gaslighting/psuedo reality being pushed by the DS/MSM.

The what is now Big Tech can and will Censor any and all Conservative Speech with no Backlash from the new President.

There will be no call to regulate them as a Public Utility, which Trump should have done. Facebook, Twitter, Google now will totally come out of the shadows and ban what they want on their platforms and we the Sheeple will do nothing. Legally they can it, Morally and Ethically no.

And twitter leaves Lin Wood up to run his alien conspiracy theories???

I am giving Fakebook the big F You this evening. Went to the Nukemap website and dropped 3.4 megatons on Palo Alto. Posted the results of Fakebook with the note “Yo, Zuckface”. 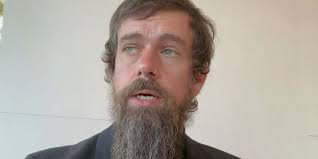 Wake me when they ban Antifa, BLM, the PLO, etc etc.

we all need to move off of twitter and FB. the ONLY thing that keeping the communist shithole site thriving was POTUS. let them ban all conservatives and see how long they last in their circle jerk. there is no need to be on FB or Twitter.

1. To disqualify him from running again.

2. To avoid the public embarrassment of having an inauguration without the departing President in attendance.