VATICAN CITY (ChurchMilitant.com) - Pope Francis is calling for a universal basic income (UBI) — a proposal denounced by a top Catholic economist as "a radical innovation in Catholic teaching without any obvious roots."

Francis' controversial reflections, published in a new book Let Us Dream: The Path to a Better Future, records exchanges between the pope and his hagiographer Austen Ivereigh.

The 150-page book, to be published Dec. 1, closes with Francis pushing UBI in a post-Wuhan pandemic world as the means to a more equitable economy.

"I believe it is time to explore concepts like the universal basic income (UBI), also known as 'the negative income tax': an unconditional flat payment to all citizens, which could be dispersed through the tax system," Francis asserts.

Francis urges governments to hand out "an unconditional lump-sum payment to all citizens, which could be paid through the tax system" while criticizing "the false assumption of the infamous trickle-down theory that a growing economy will make us all richer."

"Universal basic income could reshape labor market relations by guaranteeing people the dignity to refuse employment conditions that lock them into poverty," the pope insists.

However, secular and Catholic economists have derided the pontiff's pursuit of "misguided ideals ... as idealistic as they are simplistic."

"Of course, needless to say, this is just an awful idea by Francis, at once impractical and impossible," political theorist Paul Kengor told Church Militant. "It betrays a fundamental ignorance of basic economics and how economies function."

Emphasizing this is "not how to best help the poor, quite the contrary," Professor Kengor, a distinguished papal biographer and expert on communism, labeled Francis' proposal "quite embarrassing."

"It will again put us Catholics in the bind of trying to explain to non-Catholics another ridiculously bad idea from a pope who's again speaking way outside of his expertise and purpose," Kengor comments. "It most certainly will further fuel the perception that Francis is a socialist."

The author of the newly published The Devil and Karl Marx: Communism's Long March of Death, Deception, and Infiltration pleads:

What we need right now, desperately, is a pope who can courageously and eloquently speak to the world about timeless truths involving the family, marriage, gender, sexuality and unborn human life — i.e., the enduring moral order — not a pope who engages in class-based sophistry about "universal basic income." I'm so sorry if this sounds disrespectful, but I am enormously frustrated and disheartened by repeated statements like this from this pope. I'm worn out.

I'm so sorry if this sounds disrespectful, but I am enormously frustrated and disheartened by repeated statements like this from this pope. I'm worn out.Tweet

However, Philip Booth, senior academic fellow at the Institute of Economic Affairs and professor of Finance, Public Policy and Ethics at St. Mary's University, Twickenham, writes: "It is difficult to square this with Catholic social teaching on the importance of work."

Responding to Francis' previous pontifical letter calling for UBI, Booth says the idea has its origins in "Robespierre, Montesquieu, Thomas Paine and Thomas Spence, none of whom were exactly friends of organized religion. In the modern era, Bertrand Russell popularized the concept."

In April, Francis said it "may be the time to consider a universal basic wage," but the Vatican clarified that the pope did not mean "universal basic income."

In the tradition of Catholic social teaching, "the starting point should be that those earning money within the household share their resources with family members who are not earning," writes Booth.

Those on the Left who support a basic income are keen to pursue a cultural agenda which removes the family from public discourse and social policy.Tweet

"A universal basic income does interfere in the family by taxing some families who may not be well off in order to provide an income to individuals who may have no market income but who may live in well-off families," Booth explains.

Citing Pope Leo XIII's 1891 encyclical Rerum Novarum on capital and labor and warning against Francis' "radical innovation," Booth argues that "Catholic social teaching has never suggested that the state should go beyond providing contingent help to families in need or beyond supporting welfare institutions within civil society that do the same." 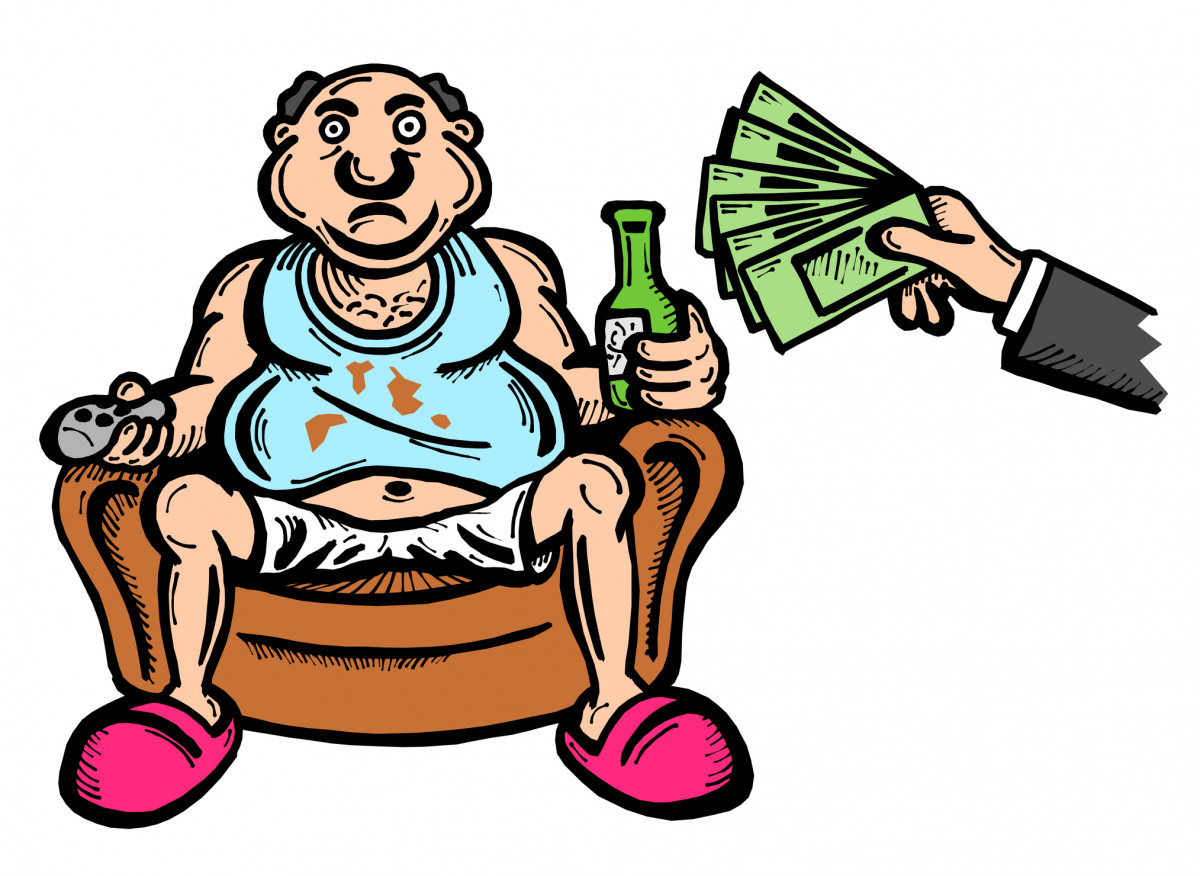 Economists warn that the UBI destroys the incentive to work

Catholic scholars also quote St. Paul's "command" from 2 Thessalonians 3:10: "If anyone is not willing to work, let him not eat."

It can reasonably be suspected that those on the Left who support a basic income are keen to pursue a cultural agenda which removes the family from public discourse and social policy. They also seek another cultural change. If everybody receives an income from the state, we are all, to some extent, reliant upon the state. People will come to see the state as the first provider rather than as the last resort.

Meanwhile, China's foreign ministry spokesperson, Zhao Lijian, said Francis' remarks on the persecution of Uighur Muslims had "no factual basis at all."

"People of all ethnic groups enjoy the full rights of survival, development and freedom of religious belief," Lijian said at a Tuesday briefing.

Francis fleetingly mentions the persecuted Muslim minority in his interview: "I think often of persecuted peoples: the Rohingya, the poor Uighurs, the Yazidi."

The pontiff, however, speaks at length about anti-lockdown protestors, calling them "victims only in their own imagination — those who claim, for example, that being forced to wear a mask is an unwarranted imposition by the State, yet who forget or do not care about those who cannot rely, for example, on social security or who have lost their jobs."

"You'll never find such people protesting the death of George Floyd, or joining a demonstration because there are shantytowns where children lack water or education, or because there are whole families who have lost their income," Francis rails, calling anti-lockdown protestors "incapable of moving outside of their own little world of interests."

TOPICS: Government; News/Current Events
KEYWORDS: apostatepope; bidenvoters; fakepope; francesconomics; freeloaders; helicoptermoney; marxistpretender; socialistpope; ubi Navigation: use the links below to view more comments.
first 1-20, 21-40, 41-60, 61-80, 81-85 next last
It can reasonably be suspected that those on the Left who support a basic income are keen to pursue a cultural agenda which removes the family from public discourse and social policy. They also seek another cultural change. If everybody receives an income from the state, we are all, to some extent, reliant upon the state. People will come to see the state as the first provider rather than as the last resort.
1 posted on 11/25/2020 6:28:34 PM PST by ebb tide
[ Post Reply | Private Reply | View Replies]
To: ebb tide

Again - the Pope can start and lead by opening up the catholic church’ coffers and paying its own people and church members a UBI.

Until then, he can STFU.

As soon as this ass Pope uses the Churches billions to help then he might have a leg to stand on. Until then, he should just shut up — or run for Premier of Russia

People here were insulted when I would call him Pope Che

I think we can see the name fits. There are probably better ones but I like that one.

Not especially new, but they seem to want to push this in an extreme direction with UBI.

Question: Who won’t decide to stop working and just freeload? Only suckers will still want a job.

If anyone is not willing to work, let him not eat.

Exactly. If he ain’t funding it with Vatican gold he can gfh.

People who see the Lord as window dressing will inevitably see human institutions as their light.

is election fraud a possibility in a papal conclave? beginning to wonder.

If the shoe fits

Communist. Is there any question about this at all? From anyone?
Christ does not want state forced charity, Frankie. The Bible is very clear on this.

The pope and Che are kindred spirits.

Looks like the Pope is part of the great reset!

pope francis is so far out of his lane it is pathetic...

will no won rid us of this meddlesome priest?

They weren’t aware of how far from Christianity the RC Church has wondered. I find that many, who used to object, are now in agreement with Yiu.