Americans remain the most religious people in the industrialized world: 87% believe in God, two-thirds say they’re Christians, and 45% attend religious services at least once a month (23% weekly).

One political party supports their worldview, the other disdains it. One views religion as an ally, the other as an adversary. ...

The modern Democrat party – the party of Biden, Bernie and Kamala – is increasingly hostile to religion, depicting it as a force for repression and a danger to democracy. ...

In his seminal work, The Clash of Civilization and Remaking of World Order, Samuel Huntington predicted that future wars would be between cultures, not countries.

In America, the culture war is between the left’s neo-Marxist worldview – which has come to dominate the Democrat Party -- and what’s called the Judeo-Christian ethic. ...

In every revolution since 1789, religion has been a principal target – the French Revolution with its murder of priests and Goddess of Reason (the counterrevolution in the Vendee was inspired as much by Catholicism as royalism), the Bolshevik Revolution (which demolished churches and turned Russian Orthodoxy into an adjunct of the regime), and the 1920s anti-clericalism of Mexico’s socialist government, which sparked the Cristero War.

The clash was inevitable:

1. Judeo-Christian (or Biblical) morality teaches objective ethics -- applicable for all time and in all places. Leftism teaches that morality is subjective (in a constant state of flux) and that anything can be justified if it advances the revolution.

2. Religion puts God above the state. Leftism says the regime is God – the source of all blessings.

3. Judeo-Christian ethics says the natural family is essential for social cohesion. Leftism says the family is whatever we say it is, and really not that important, anyway.

4. The Judeo-Christian worldview says God created man and woman and intended for them to complement each other. Leftism says male and female are meaningless concepts, and that to believe otherwise is bigotry.

5. Judeo-Christian morality encourages procreation as the first Commandment. Leftism says that in a world of global warming, having children is irresponsible and should be limited by law, if individual choice isn’t enough.

7. The Bible says, or at least implies, that society should be color-blind. Leftism says except for Caucasians, who must do perpetual penance for something called “white privilege.”

These principles shape the policies of two competing belief systems. More than capitalists, colonialists, warmongers and the proverbial 1%, this has made Christians and Jews Public Enemy No. 1 on the left.

This is something for the religious to bear in mind as they vote. Democrats may make rhetorical love to them now, but if they’re ever in power again, serious Catholics, Hasidic Jews, Evangelicals and Mormons will walk around with large, fluorescent targets on their backs.

Islam rejects all other religions as false.

Leftism also rejects all other religions as false.

That the religion of leftism also rejects God is less important than their absolute faith in their religion.

Ironically, leftism is still caught up in Judeo-Christian beliefs in support of their atheism. Since they reject virtue, they embrace sin, the seven deadly sins, as their sacraments.

It’s not that complicated

They worship Satan the dark lord. They’ll tell you that themselves

Notice murder of innocent babes is their highest of high priorities!

That’s all you need to know

Unfortunately many Christians have been brainwashed and deceived into Leftist framework as well.

6 posted on 10/13/2020 8:50:15 PM PDT by Fungi
[ Post Reply | Private Reply | To 1 | View Replies]
To: MacNaughton
Leftism is fundamentally a vanity disorder, a protective response developed in early adulthood to life's 90% competitive failure rate. As a developmental disorder, there is no cure, and it only gets worse with age.

Always with vanity comes envy. They are entangled compliments of each other. There is nothing so trivial a leftist can't envy.

Religion is a competitive advantage available only to those without runaway egos. Religion is a healthy adaptation to life's 90% failure rate. As a significant advantage they can't benefit from, they seek to destroy it in all others.

Leftism is just a fancy cover word for Satanism.
They worship at his altar everyday thru Molech, the demon of abortion...sacrificing the innocent.
Just look at the vile, demonic Botoxian. IF ever there was a demon-possessed individual, it’s the Botoxian.

The historian Arnold Toynbee considered Marxim the historically most recent form of a Christian heresy.

At the most fundamental level, Marxism demands absolute faith, belief and obedience. This is the essence of absolute control. There is no room for religion.

Liberals don’t hate religion. They love SIN! They hate that God gave them a conscience to prick over their sin and they choose their own sin over God. Therefore, in their hatred and jealousy towards what is righteous and godly, they attack Christianity or try to pervert it into approving their particular sin.

Government then becomes their religion - a government that can force others not only into approving their sin but supporting it with their tax dollars.

12 posted on 10/13/2020 9:11:11 PM PDT by OrangeHoof (COVID infects the Democrat brain and makes them drunk with power.)
[ Post Reply | Private Reply | To 1 | View Replies]
To: Crucial
At the most fundamental level, Marxism demands absolute faith, belief and obedience.

And you'd better not be a "revisionist".

For instance the notorious atheist Christopher Hitchens wrote many books. If one were to read the index of one such book, you would find Hitchens very critical of Christianity while rarely criticizing other religions.

Many anti-Christian organizations are educational nonprofits
who rely on grants and donors to fund operations.

Since 1960 the Federal government has increase spending and control to such a level, that churches are becoming obsolete. The new religions for the American people are sexism, racism, scientism, and environmentalism.

The left is religious.

Today’s social justice wave has dozens of mirror image anti-correlations to Judaism and Christianity, minus the grace mercy love and hope of heaven.

Since when is Satanism not a religion? 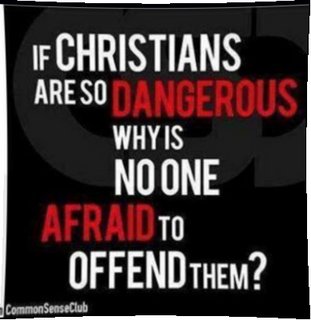 lOOK AT WHAT HAPPENED HERE PROVES THAT CLAIM
BECAUSE THE (in name only Democrats) DEMONS DID NOT LIKE THE VOTING OF CONGRESSMAN DAN LIPINSKI AND HIS NON SUPPORT OF ABORTION OR BEING THE ONLY DEMOCRAT CONGRESS MEMBER VOTING AGAINST ALLOWING MALES TO CLAIM THEY’RE FEMALE IN COLLEGE SPORTS.

THEY USED THE RECENT 2020 PRIMARY IN THE 3RD CONGRESSIONAL DISTRICT ELECTION. TO GET THE DUMP LIPINSKI RESULTS THEY WANTED WHICH WAS THROUGH REDISTRICTING THE AREA . NOT ONLY THE CONGRESSIONAL DISTRICT BUT THE WARDS IN THE AREA THAT SUPPORTED HIM
USING THE 2012 23RD WARD REMAP THAT HAD FRAGMENTED THE ORIGINAL WARD AND REDUCED THE NUMBER OF PRECINCTS TO 39. IT ALSO LOCATED THE EXISTING 23RD WARD DEM OFFICES TO THE 14TH WARD AND REMOVED THE COMMUNITIES OF WEST LAWN, VITTUM PARK, ALONG WITH MAJOR PARTS OF GARFIELD RIDGE AND ARCHER HEIGHTS. THIS HAD VOTERS WONDER WHAT WARD THEY WERE LIVING IN AND WHERE THE POLLING PLACE WAS TO GO VOTE

IN THIS 2020 PRIMARY THEY CREATED COVID RELOCATIONS OF POLLING PLACES FOR THIS PRIMARY SURROUNDING CHICAGO MIDWAY AIRPORT WHICH OF COURSE AFFECTED TURNOUT BY DOING SO.

HISTORY AND AREA
HOW IDENTITY POLITICS AND WARD RE MAPPING DESTROYED THE COMMUNITIES WITHIN.http://www.theusmat.com/mdwbea.htm