The power shift in the Middle East over the past several years has reshaped the political challenges facing several of its constituent countries, and has led them to consider a possible expansion of their framework of relations. Considering Turkey’s repeated interventions in the affairs of more than one state and the potential threat its ambitions pose to the region’s future, the strategic interests of Israel and many Arab countries—especially the UAE and Saudi Arabia—necessitate a strengthening of relations among countries that can offset Ankara’s aggression.

Greece is perhaps uniquely suited to assist in this cooperation. Jerusalem boosted its ties with Athens in the last decade in parallel with increasingly solid joint efforts between Israeli and Greek lobbies in the US through the formation of the Congressional Hellenic Israel Alliance (CHIA) in 2013. In recent years, military cooperation between the two countries grew after Israel opened a military attaché office in Athens. When completed, the EuroAsia Interconnector, a planned cable system to connect the electricity grids of Israel, Cyprus, and Greece to the European transmission network, will be the world’s longest submarine power cable. In 2015, Israel and Greece signed a “status of forces” agreement that render legal defense to both militaries while training in each other’s countries.

At the other end, Arabs and Greeks share much in common, ranging from history to geography to culture and food (many Greek dishes are mistakenly thought to be Turkish). Greek minorities in Arab cities such as Alexandria, Aleppo, and Beirut have made a significant cultural impact. The social relations of Arab Christians with Greeks and the presence of three patriarchates that follow Athens (the Patriarchates of Jerusalem, Antioch, and Alexandria) are also worthy of note. For decades, Greece’s political stance has supported Arab rhetoric in the international arena, and Arab states returned the favor by refusing to recognize the so-called Turkish Republic of Northern Cyprus despite Ankara’s attempts to play the religion card.

Greece’s geographical location can also be a key factor in attracting Middle Eastern countries toward a firm relationship with Athens. The location holds major strategic importance in two respects: Greece is an EU member and can thus act as its local allies’ political and economic voice in Brussels; and it is adjacent to the Balkan Peninsula, which gives it the gravitas to confront Turkish president Recep Tayyip Erdoğan’s expansionist ambitions.

It is no secret that Ankara enjoys significant influence in Bosnia, Kosovo, and Albania due to historical and religious ties. However, Greece can be the window through which Arabs and Israelis reach out to the Balkans. Together, they can explore greater cooperation opportunities with the region, especially considering Athens’ deep-rooted relations with Serbia and much-improved ties with North Macedonia, both of which are predominantly Orthodox, as is Greece. Saudi Arabia and the UAE, in their turn, aided the Bosnians during their war of independence and recognized the independence of Kosovo, and they supported Sarajevo’s and Pristina’s accession to the Organization of Islamic Cooperation. Israel voted in favor of accepting Bosnia-Herzegovina as a full UN member in 1992, and its diplomacy recently achieved a major breakthrough: the establishment of full diplomatic relations between Jerusalem and Kosovo.

Tensions have been rising recently in the waters of the Eastern Mediterranean, where Erdoğan is escalating competition over energy reserves by pursuing a hostile gas exploration policy. A tangible multilateral regional initiative to throttle Turkish adventurism is becoming ever more vital. As Greece is essential in this context, it seems fundamental to lay down a road map for an Arab-Mediterranean bloc that can include France, Italy, Greece, Cyprus, Israel, Egypt, Saudi Arabia, the UAE, Bahrain (a neighbor of Iran that recently recognized Israel), and Libya (excluding extremist forces). Such a bloc could establish a clear vision for the region’s future and the different aspects of political cooperation and mutual investment in a way that serves each country’s interests while achieving regional goals.

This alliance, which could be called “7+3” as a reference to the seven Mediterranean countries plus the UAE, Saudi Arabia, and Bahrain, would function as a barrier against Ankara’s efforts to exploit the natural resources issue in its quest to create a de facto situation and reinforce its proxies at the expense of the security and stability of the Middle East and the Mediterranean. (This is hardly the first time that Erdoğan has stirred up international unrest; he did so in 2015 with the European migrant crisis.)

In military terms, France, Italy, and Greece are all NATO members, while Israel, Egypt, and Bahrain are designated as “major non-NATO allies.” Likewise, Cyprus, Saudi Arabia, and the UAE all enjoy excellent strategic relations with NATO, with Abu Dhabi adding the advanced F-35 stealth fighter jet to its arsenal—the first Arab country to do so. According to GlobalFirepower index “PwrIndx,” five of these 10 countries are ranked among the world’s top 20 armies by military strength.

For both Israelis and Arabs, investing in relations with Athens on all levels within a broader coalition should be viewed as a long-term strategic investment that starts in the Middle East and Mediterranean, passes through the Balkans, and extends to the rest of Europe.

Creating an alliance to confront the expansionist regional aspirations of NATO member Turkey.

What no one will confront:

Why is Turkey still in NATO?

This question needs to be resolved, and soon.

IMHO, Erdogan has a sultan complex.

Kamil Attaturk is spinning in his grave.

1) The Greek Navy has raised its level of alert, ordering its battleships to surround a cluster of islands in the southeast Aegean Sea and prepare for potential hostilities from Turkey.
2) Senior officials in Jerusalem revealed that a public declaration is expected to be made in the next several days -- announcing a U.S. brokered normalization accord between Israel and Sudan.
3) U.N.-led negotiations in the Swiss city of Geneva, between Libya's Western-based Government of National Accord and the Eastern-based Libyan National Army, produced a commitment by both sides to halt any hostilities for the time being. 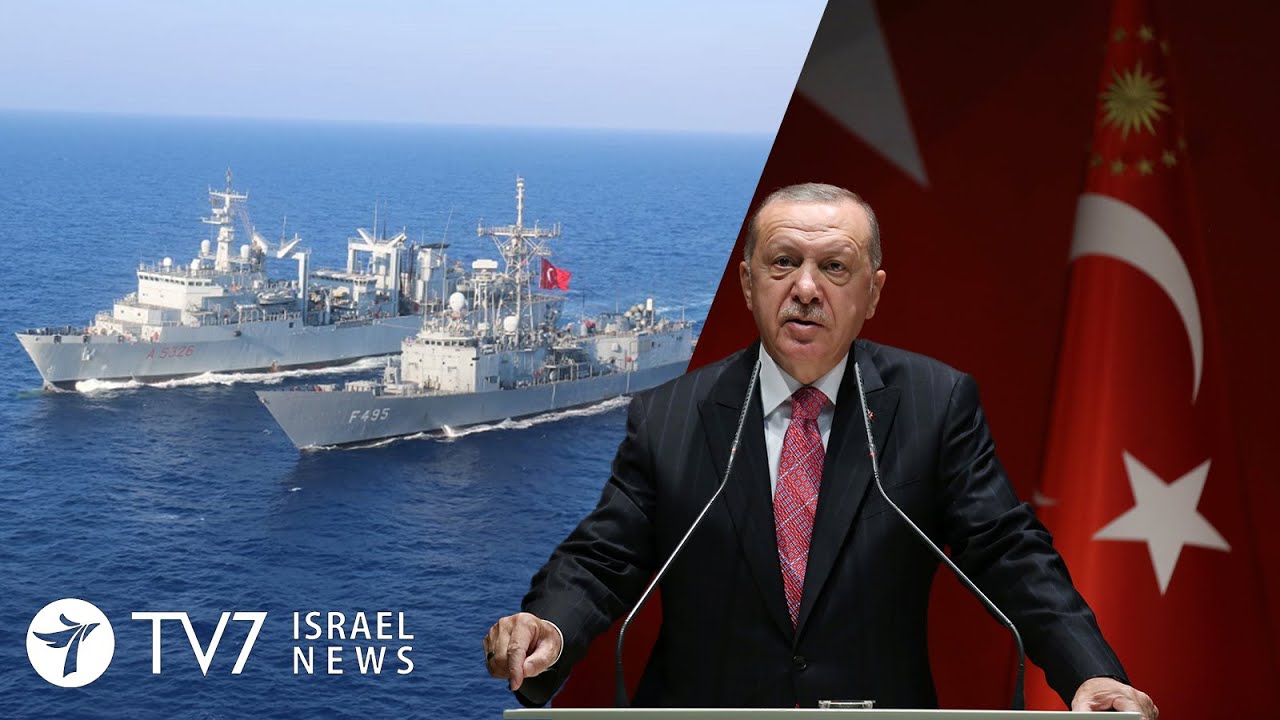