Back in February of 2016, Amy Coney Barrett did an interview with CBS about filling Supreme Court vacancies. The interview was done shortly after Justice Antonin Scalia passed away and Democrats were pushing for Judge Merrick Garland to be confirmed.

Democrats sliced the clip to make it sound as though Barrett was against filling a vacancy during a presidential election year:

Even the Washington Post concluded that what she was saying was taken out of context. Barrett was explaining that filling Scalia's seat should wait until after the election because there was a divided government (President Obama in the White House and Republicans controlled the Senate). In other words, Republicans wouldn't agree to Garland's confirmation because it was someone Obama put forth.

The argument Barrett made was simple: replacing Scalia, the Court's staunch conservative, with a progressive justice isn't a unilateral move. It changes the court's makeup. And that's what people took issue with.

From WaPo (emphasis mine):

But the full context of Barrett’s remarks make clear she was saying no such thing. In fact, she was explicitly making a point about how rare such a scenario would be in divided government — a situation we don’t have today, with a president and Senate controlled by the same party.

Coney noted that the only recent example of a Senate controlled by the opposite party confirming a president’s nominee in a presidential election year was Anthony M. Kennedy — a Ronald Reagan appointee whom the Democratic-controlled Senate confirmed in early 1988. That vacancy was different from what was happening in 2016, she noted, because it actually came about in 1987, and the Democratic Senate was replacing a moderate Republican appointee (Lewis F. Powell Jr.) with a moderate Republican appointee.

That’s not taking a position on what’s appropriate; it’s merely summarizing what happened. But beyond that, she was explicitly talking about divided government, which doesn’t apply in 2020.

“The question is what does this precedent establish, and I don’t think it establishes a rule for either side in the debate,” Barrett said. “If you look back at, say, the six [justices] that were confirmed in the 20th century in a presidential election year, all but one of those was confirmed … in a period of united government, where the president and the Senate were the same political party.”

Barrett noted that setup meant that it “shouldn’t be a surprise” that those justices were confirmed, but then raised Kennedy as the exception.

Barrett added, crucially: “The president has the power to nominate, and I don’t think either one of them can claim that there’s a rule governing one way or another.”

That would seem the most operative quote today.

Below is the full interview:

The Marxists have no soul and will do anything and everything to gain power in America. Anything!

Sin. Joe Biden led off the Clarence Thomas hearings with an out of context redacted quote as well.

Democrats are just shocked that GOP politicians would resort to political means to accomplish their political ends.

Only Democrats are allowed to do that.

It’s not even that. Watch the whole clip. She was describing the issue and then at the end she said it’s up to the Senate.

There is nothing wrong with holding back a Senate vote if the Senate is of one party when the president is of another. The Senate is doing a kindness to the Judge. If the president’s party wins the election, the senate will vote on the other side. If they don’t, and you make the Senate vote, they will simply vote no. And the president can renominate him 3 months later. But without voting the Senate is allowing themselves to vote only once after the election. Remember they are not stopping him from getting to the bench by not voting. They of course would vote no. They are stopping the vote because he may be the guy they would vote for if they lose the election. The senate is saving their own face. The nominee was never going to get the job, at least before the election.

Scalia a “stauncher” conservative than Thomas?

Given how liberal fact checkers are, for them to be “corrected” is notable.

10 posted on 09/27/2020 11:08:06 AM PDT by tbw2
[ Post Reply | Private Reply | To 2 | View Replies]
To: Kaslin
What is really not noticed here is that everyone, including McConnell, Obama and all the other Democrats, thought (knew?) it was a foregone conclusion the Republicans would confirm Garland if he came up for a vote.

In other words, Republicans wouldn't agree to Garland's confirmation because it was someone Obama put forth. 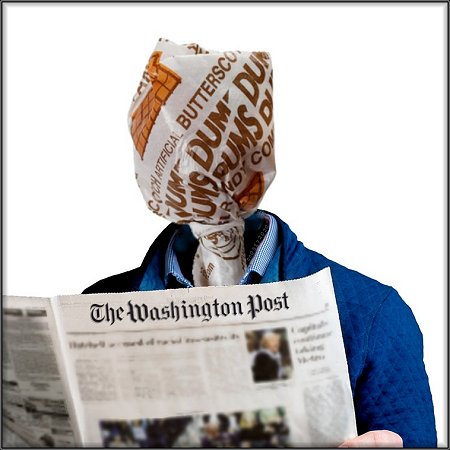 The senate would never have confirmed Garland had he come up to a vote. They just saved some time and also allowed Garland a little saving of face!

The Compost needs to keep their fact check staff. I am sure the next Bolshekrat claim will be that Stalin won WWII.

“Even the Washington Post concluded that what she was saying was taken out of context.”

WaPo must be realizing that John Q Public is onto the continuous D’rat and MSM lies, and are in damage control mode.

Too little, too late. And, the liars cannot stop lying. It’s deep habit. They’ll lie even if the truth would serve them better, because they fear truth.

Trump should come right out and say to Biden in the debate:

“Are you believing your own lies or is your memory that bad???”

When they’ve lost the Wapo they might as well give up.

If dems are so certain they will win (legitimately) and have already stated they will add at least 3 liberals to SCOTUS then why do they care if Barrett is placed on the SCOTUS? Of course we know the reason is the SCOTUS was part of their plan to win by cheating because they have Roberts under their thumb. This really messed up their plan A and now much switch to plan B, whatever that is. All we know for certain is that it involves cheating.

“There you go again”.

Every Republican during Obama's reign had a fear of being labeled racist.

I'm thinking if Garland came up for a vote, he would have sailed through.