On CNN this morning, Irin Carmon, the New York magazine writer, arch-feminist CNN contributor, and author of the Ruth Bader Ginsburg fangirl book Notorious RBG -- placed behind her left shoulder on screen -- claimed it was their job "as journalists" to rip the Republicans for hypocrisy. She added if Republicans had a sense of shame:

"We certainly would not have a Justice Brett Kavanaugh, after Christine Blasey Ford testified." 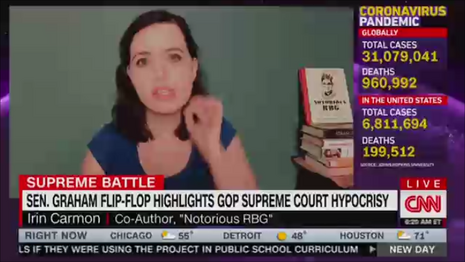 Blasey Ford was one of the least credible witnesses in Supreme Court nominee confirmation hearing history!

It’s the Democrats, and their enablers like this woman, who should be ashamed for having tried to use Ford to smear Kavanaugh and destroy his nomination!

The Republicans have the Senate both times

Its how the process works

Do some research on something you know nothing about, The Constitution, then write your “book” on that

Well the evil bastards murdered Scalia so you don’t reward them with seating Garland bitch.

This is an example of why the media truly is the enemy of the American people. One of the other taling points being put out is that Trump is going to nominate someone while he is a lame duck. That was corruptly stupid Stenopolis. Guess he doesn’t know Trump is president, not a lame duck. He would become a lame duck only if he loses and then he would be a lame duck from date of loss until the new president is sworn in. But it is one of the Left’s propaganda words which often work with the great number of stupid Americans.

One of the greatest things was to see his confirmation on July 9, 2019 which just happens to be my birthday and that was my 50th birthday

OK. When someone makes an accusation like that, here’s what we do. Try it in a court of law. Until the verdict is reached, not a word is revealed to the public. If the verdict is “guilty,” then the public hears about it.

The way it is now, the accused is treated as guilty and he has no way to defend himself. The accuser is taken as trustworthy and the man is condemned.

She said it under oath so it has to be true.

As an aside Blasey Ford had extensive CIA/ Deep state involvement with Stanfords’ CIA Internship program before it was scrubbed.

The latest talking point from Biden is that making a list of potential SC picks biases the courts by influencing judges to tailor their opinions to what will appeal to Trump. So, Biden shouldn’t release a list of potential candidates - in the name of fairness and justice.

“They’ve got change their Evil Ways” 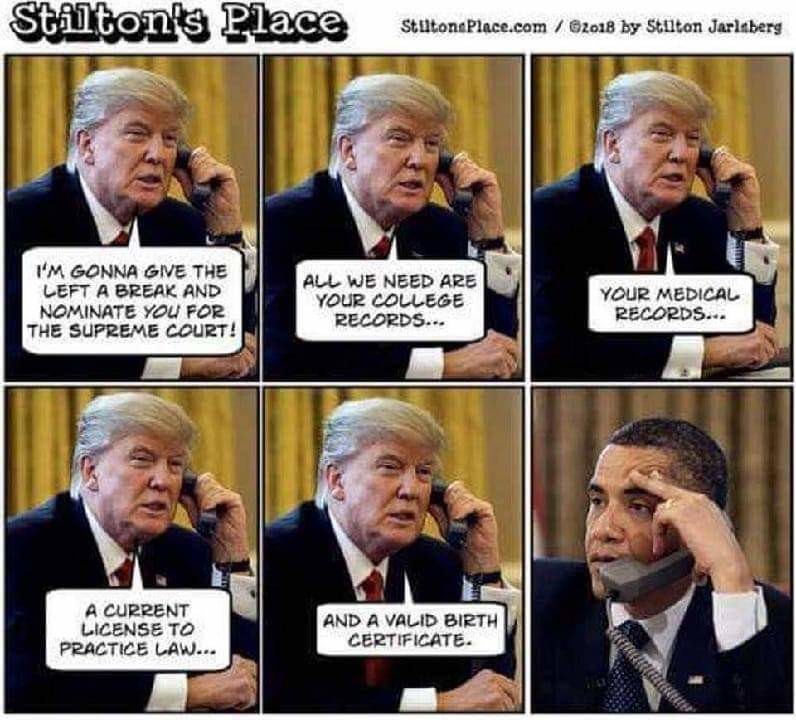 Not sure if it’s true but I heard that Amy Coney Barrett was holding down Christine Blasey Ford while Brett Kavanaugh did his thing. Democrat Senators say she will be happy to testify. 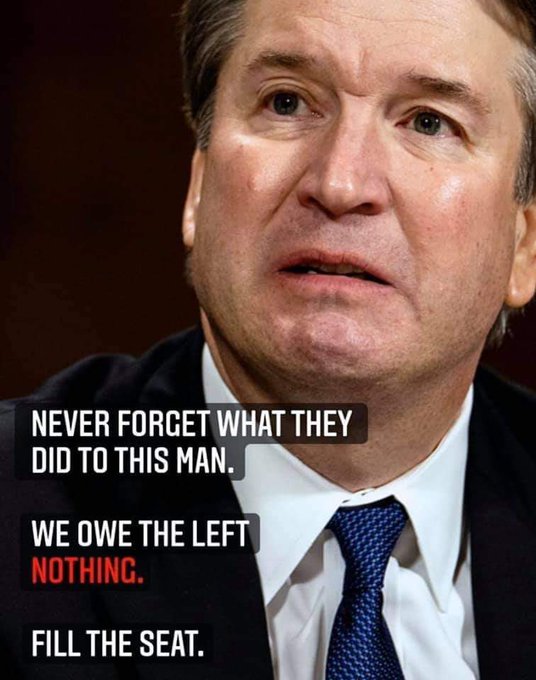 Ford should have been treated like a Republican and tried for perjury.

16 posted on 09/21/2020 11:12:37 AM PDT by UnwashedPeasant (Trump is solving the world's problems only to distract us from Russia.)
[ Post Reply | Private Reply | To 1 | View Replies]
To: governsleastgovernsbest
It’s the Democrats, and their enablers like this woman, who should be ashamed for having tried to use Ford to smear Kavanaugh and destroy his nomination!

Agreed, they took advantage of a mentally challenged person in Ford, downright shameful and abusive. But running Biden is akin to elder abuse so they don't care what they do to get power.

17 posted on 09/21/2020 11:14:07 AM PDT by 1Old Pro (evience)
[ Post Reply | Private Reply | To 2 | View Replies]
To: Truthoverpower
Judge Kavanagh and his family were put through the most vile and evil persecution. The evil left has no morals. They will do and say anything to further their agenda.

Democrats are threatening to:

-Impeach the President and the Attorney General

Don’t be fooled. They’ve been saying this for years.

The next SCOTUS nominee should fit the ideological mold of Clarence Thomas. ......Not John Roberts.

Time to Fill The Seat

Oh, yeah. My TDS nieces are sending around a post on Facebook that says utterly vile things about Trump, and ends with “and he appoints an alleged RAPIST to the Supreme Court, with such admiration”.

I watched each and every minute of the horrible public hearings against this good and innocent man. I prayed every day for him.
Any and every person involved in trying to lunch this man should never again be allowed to testify about anything. Frankly, they should each be serving prison time for what they did.