His proposal—aside from spending on financial crisis, pandemic—would represent the biggest increase in decades

Joe Biden won the Democratic presidential nomination running as a moderate, rejecting the big-government plans of progressive rivals as unaffordable.

In the general election campaign, he has rolled out his own multi-trillion-dollar platform that a new study finds would push long-term Washington spending to its highest level in decades.

The former vice president has proposed a total of $5.4 trillion in new spending over the next 10 years, according to an analysis published Monday by the Penn Wharton Budget Model, a nonpartisan group at the University of Pennsylvania’s Wharton School. That includes historically high allocations for sectors from education and health to child-care and housing.

Mr. Biden’s proposed budget is more than double that of Hillary Clinton, the 2016 Democratic nominee. It is a fraction of the $30 trillion to $50 trillion spending plans that progressive Sens. Bernie Sanders and Elizabeth Warren laid out during the Democratic primary. But since effectively sealing the nomination in March, Mr. Biden’s plan has grown in response to the pandemic, the lockdowns, and the resulting recession.

The plan also reflects a nod to Mr. Sanders, who has prodded Mr. Biden to move closer to his agenda to help solidify the support of the progressive wing. “I’ve talked to Joe on a number of occasions and I think he recognizes the suffering that is taking place out there right now,” says Mr. Sanders. “I believe he is prepared to respond to that pain once he’s elected president.” 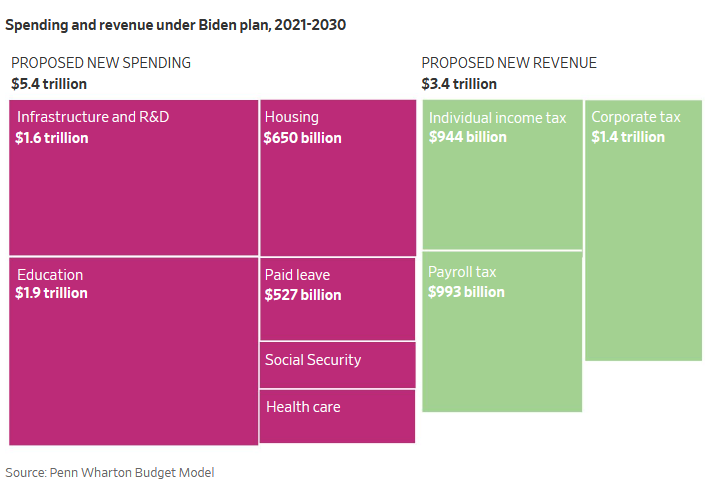 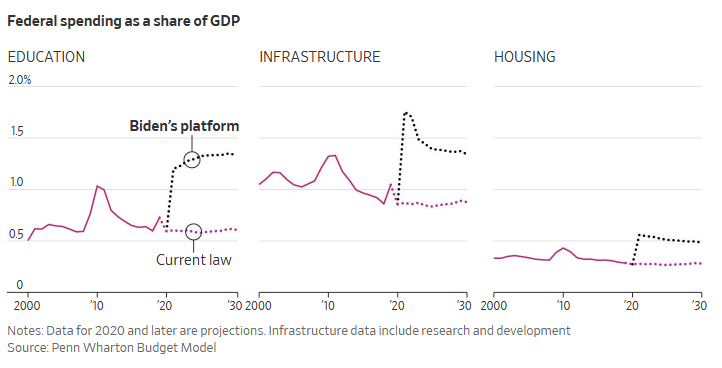 joe biden has no clue whatsoever what’s in “his” budget; I don’t think he has a clue of much of anything that doesn’t scroll across his teleprompter.

The WSJ knows Biden is not “honing” any complex federal budget. This ridiculous charade will run all the until election. Even the WSJ is right there perpetrating this historic fraud on the country.

This is getting so ridiculous. Anyone paying just a little attention knows that Joe doesn’t even know how to tie his shoes without help. He proposes nothing. People who control him make proposals and put his name on it. Joe is the Weekend At Bernie’s candidate in real life. We live in odd times.

Biden is having his diaper changed. He needs a new bib too.