A university professor said that she will dismiss students from her class if they argue against abortion or the Black Lives Matter movement.

Iowa State University professor Chloe Clark released a syllabus for a 200-level English class instructing students that they cannot argue against abortion, Black Lives Matter, and a number of other leftwing causes. It includes a "GIANT WARNING" that contradicting certain viewpoints may result in dismissal from class.

"Any instances of othering … are grounds for dismissal from the classroom," the syllabus obtained by Young America's Foundation reads. "The same goes for any papers/projects: you cannot choose any topic that takes at its base that one side doesn't deserve the same basic human rights as you do (i.e.: no arguments against gay marriage, abortion, Black Lives Matter, etc.)"

In a statement to the Washington Free Beacon, a university spokeswoman called Clark's syllabus "inconsistent" with the school's commitment to students' First Amendment rights. She also confirmed that the syllabus has been changed and that Clark has received additional information regarding Iowa State's First Amendment policies.

"The university does not take disciplinary action against students based on the content or viewpoint expressed in their speech," the spokeswoman said.

"[Clark] is not out of the ordinary," Hurley said. "Many professors do these sorts of things and have these heavy left biases. I am also certain that if [articles about the syllabus] hadn't come out and gotten attention, [Clark] would not have faced any university pushback."

Clark did not respond to multiple requests for comment. 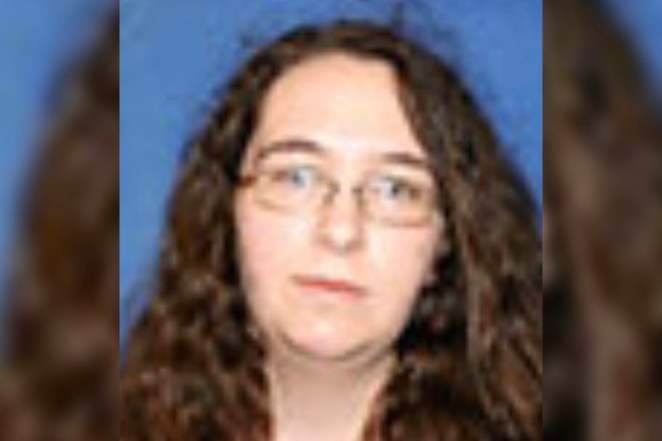 Disagreement not allowed? How about outright laughter and ridicule?

Cut off all federal funds to this university immediately.

Horrid looking. What were the odds? I wouldn’t touch any of those chins.

I don’t understand. If I was a professor and a kid respectfully told me his (wrong) positions on subjects, I would tell him I disagree or spar verbally if he was polite and move on.

What the hell is the matter with NAZIS!!!

Until trash like this is run out of every educational facility, things will never change and they will continue to indoctrinate children into Stalinazi, anti-God, anti-American hate.

Florida State University’s student senate ousted its president after he said that Black Lives Matter is anti-Catholic in a private group chat.

Students and faculty at Cornell University attacked a law professor at the school for criticizing Black Lives Matter on his blog.

The Federal Reserve Bank of Chicago booted a University of Chicago economics professor from his role at the bank for criticizing the “Defund the Police” movement.

So she’ll still impose the same repression, only not say so.

Actually bringing this to the public’s attention is a great way to combat Socialism in the classroom. For those of you who have kids, try to teach them to report socialist propaganda and totalitarianism in the classroom, then report it to the schools with threats of civil rights lawsuits and report it to any media outlet that will report on it.

Spread this word, because it is fighting fire with fire and tactics like this are the only way to avoid a hot civil war at this point.

Too late, they are the majority...

10 posted on 08/19/2020 10:33:28 AM PDT by CMailBag
[ Post Reply | Private Reply | To 5 | View Replies]
To: MarvinStinson
“Any instances of othering that you participate in intentionally (racism, sexism, ableism, homophobia, sorophobia, transphobia, classism, mocking of mental health issues, body shaming, etc.) in class are grounds for dismissal from the classroom,” Clark wrote in...

WTH is that? Is that fear of George Soros?

I have a friend who graduated from Iowa State.
Must tell him to adjust his alumni contribution accordingly.

Her animus towards decency highlights her feckless condition. Oops. I think that I was one vowel off when I typed “feckless”.

I assume all of these will be lawsuits.

Massive monetary hits are one way to stop this

Me, I’d instantly drop her class and enroll in another. Cancel that psycho. If everyone dropped her class then she would soon be unemployed.

“I have a friend who graduated from Iowa State.
Must tell him to adjust his alumni contribution accordingly.”

Hit them in the pocketbook; that will have an effect.

And if enough students submit and discuss items on the ‘banned’ list, she won’t have a class to teach.

Iowa State University is embroiled in a controversy this week that involves two of the favorite subjects of this blog academic freedom and freedom of speech. At the center of the controversy is ISU English Professor Chloe Clark who issued a syllabus for her English 250 class that banned students from expressing opposing to Black Lives Matter, abortion, same sex marriage or other causes or groups. She warns students that they will be dismissed and “I take this seriously.” Iowa State has intervened after an outcry and forced Clark to remove the language.

The syllabus reportedly contained that following warning (not just a warning actually, but a “GIANT WARNING”):

“GIANT WARNING: any instances of othering that you participate in intentionally (racism, sexism, ableism, homophobia, [sic], sorophobia, transphobia, classism, mocking of mental health issues, body shaming, etc) in class are grounds for dismissal from the classroom… You cannot choose any topic that takes at its base that one side doesn’t deserve the same basic human rights as you do (ie: no arguments against gay marriage, abortion, Black Lives Matter,etc). I take this seriously.”

Sidenote: I could not find a good definition for “sorophobia” as a form of “othering.” I did find this reference to a work on “sorophobia” on the differences among women in literature and the need to stop “the process of destructive ‘othering’ and … to continue the process of recognizing difference while refusing to re-create negative images of otherness.” If anyone has a good definition, let us know. Notably, Clark participates in an online publication called “Cotton Xenomorph” which explains its “no creeps” policy as “anything with language of oppression. That means: prejudice, racism, xenophobia, classism, sexism, ableism, serophobia, fat-shaming, intolerance of religion, homophobia, etc.” “Serophobia” is a fear of people with HIV or contracting HIV. The Iowa State Daily did explain how Clark led a “Feminist Friday” focus group that discussed her use of “monster theory” to combat “othering,” or judging those who are different.

Putting nomenclature aside, Iowa State did take a stand for free speech and issued the following statement through a spokesperson:

“The syllabus statement as written was inconsistent with the university’s standards and its commitment to the First Amendment rights of students. After reviewing the issue with the faculty member, the syllabus has been corrected to ensure it is consistent with university policy . . . Moreover, the faculty member is being provided additional information regarding the First Amendment policies of the University . . . Iowa State is firmly committed to protecting the First Amendment rights of its students, faculty, and staff. With respect to student expression in the classroom including the completion of assignments, the university does not take disciplinary action against students based on the content or viewpoints expressed in their speech.”

That is a strong and commendable statement for those who are concerned about a rising orthodoxy and intolerance on our campuses. Of course, the “giant warning” of Professor Clark will remain a giant concern of students over her tolerance for opposing views even without the express speech bans.

Notably, like many academics who incongruously oppose free speech and free though, Professor Clark seems to display the very bias that she says she loathes. “Otherism” has been defined as “the exclusion of a person based on their perceived diversions from an acceptable norm.” That would seem precisely what Clark is doing in silencing those who depart from her own acceptable norm.

The controversy is reminiscent of another recent controversy (out of LSU) where Professor Alyssa Johnson asked her colleagues for the names of any students who they believe espouse hateful views so she could ban them from her classes. There is a sense of entitlement among such academics today in the enforcement of an ideology or orthodoxy. It is a view that comes from a cultural shift on our faculties not just in terms of ideology but pedagogy.

Recently, the American Association of University Professors gave an award to a controversial academic in recognition for work that “transcends the division between scholarship and activism that encumbers traditional university life.” I have no problem with the award or the professor’s advocacy. Indeed, I have defended the right of faculty on the left and right to speak freely on social media and in support of political causes. However, the idea that the division between scholarship and activism “encumbers traditional university life” was startling. There is a role for such a separation of our roles as advocates outside of the classroom and our role as academics inside the classroom. Our students come to learn not to be indoctrinated by our personal political and ideological bias. Professor Clark is the inevitable result of the erosion of that distinction. It is the difference between pedagogy and orthodoxy.

In November, 2015 Melissa Click stopped a reporter from gathering facts on campus by shouting “I need some muscle over here!” at U. of Missouri. They grabbed his camera and pushed him around.

They can be a combination song and dance pair and speakers’ circuit team as Click and Clark.