A White Five-Year-Old Boy Was Executed Outside His Home. It’s Not a Shock Why the Liberal Media is Ignoring It.
Townhall ^ | 08/13/2020 | Matt Vespa 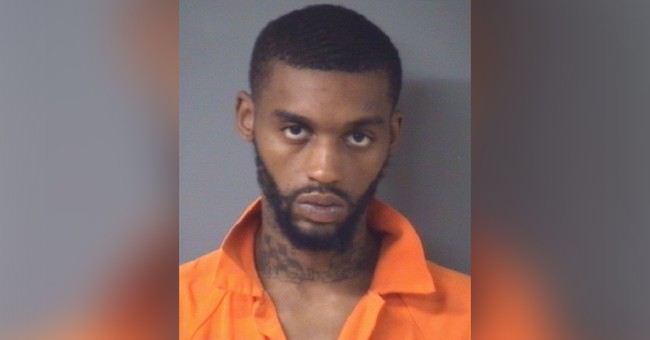 We have a brutal crime in North Carolina, and if the races of those involved were reversed, this would be a national story. Instead, the victim is white. A five-year-old was shot in the head by a 25-year-old black man in front of his siblings as they played outside of their father’s house in Wilson, North Carolina. We don’t know a motive, other than pure evil (via WSOCTV):

A 25-year-old man accused of shooting his 5-year-old neighbor in the head at point blank range in Wilson, North Carolina on Sunday night has been charged with first-degree murder in the boy’s death.

Darius Nathaniel Sessoms, 25, was arrested Monday after fleeing the scene and is in the custody of Wilson Police and members of the U.S. Marshals Service Carolinas Regional Task Force, The Wilson Times reported. Sessoms was found in a home in Goldsboro.

Wilson police said officers responding Sunday evening to a report of a shooting at a mobile home park found Cannon Hinnant suffering from a gunshot wound to the head. Capt. Steve Stroud said officers and other first responders performed first aid before the boy was taken to Wilson Medical Center, where he died.

“The Wilson Police Department sends its sincerest condolences and prayers to the family of Cannon during this tragic time,” the department said in a release.

Family members told WRAL that Cannon Hinnant was playing outside his father’s house when he was shot in the head. The boy’s two sisters, ages 8 and 7, saw their brother get shot, according to Cannon’s mother.

Doris Lybrand, who witnessed the shooting, told WRAL that Sessoms ran up to the boy, put the gun near his head and fired before running back to his own house.

“My first reaction was he’s playing with the kids,” Lybrand said. “For a second, I thought, ‘That couldn’t happen.’ People don’t run across the street and kill kids.”

Went online to confirm the details of this story- couldnt find a single national media outlet covering it. Not one.

Absolutely horrific, nightmarish story. Pure vicious evil. And media silence around it is disgusting and obvious. 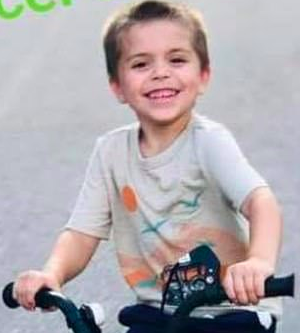 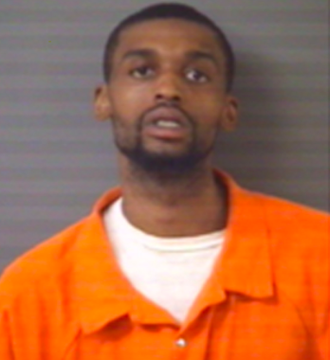 The lack of media coverage when the victim doesn’t fit the progressive narrative is not new. In Wisconsin, a retired Virginia police officer was brutally run over and killed by a Hispanic man, who was clearly Trump-deranged. The fact that the victim was riding a Harley-Davidson appears to be one of the many things that set him off. Daniel Navarro intentionally swerved into Phillip Thiessen to collide with him head-on, telling authorities all Harley riders are racists.

“If Trump and white people are going to create a world like we are living in, then he has no choice and people are going to have to die,” Navarro told authorities. He admitted that he had been thinking about targeting a white person to kill the day he murdered Thiessen. No one covered that story either.

Will there be whites rioting and looting in that town over this? No.

I guess the same can be said about Myron Berryman, who yelled
“I’m gonna shoot you!” at a White House Secret Service Agent, just before he was gunned down. Two days ago. I’m hearing even less about this significant incident. Myron is black.

Tucker had this on his show tonight.

Me too! ASAMOF, I’ve got excuses to never say or do anything. Excuses up the wazoo.

You should use them.

8 posted on 08/13/2020 7:37:49 PM PDT by TigersEye (Wear Your Mask/Stay In Your Home/Do What You're Told/Vote Democrat)
[ Post Reply | Private Reply | To 7 | View Replies]
To: SeekAndFind
Daniel Navarro intentionally swerved into Phillip Thiessen to collide with him head-on, telling authorities all Harley riders are racists.

I recall back in the late 1980s in my hometown, a neighbor of some friends of my family, who just happened to be a Black man, won the lottery.

The first thing he did after he got his check was go out and buy a fully dressed Harley-Davidson.

But I guess there is no reason a Black man can’t be a racist, unless you are a Liberal Democrat.

I believe one of the main issues why this is being covered up by AP, Reuters and others is clear. We all know media is All in for the Democrats who have supported BLM as well as the national looters. It was only a matter of time that the dangerous reporting and race baiting would embolden a viscous unhinged animal to commit a horrific crime such as this. Not only does the execution of this child destroy the narrative of systemic racism, it makes them all complicit in this crime and they know it.

Yesterday, I contacted Tucker, Ingraham, Gutfeld challenging them to do this story on national TV and to Tucker’s credit he did tonight. I am not suggesting it was my communication, although I would like to believe it may have helped. My angle was that this story has been intentionally ignored by politicians and media and at this point THAT IS THE STORY.

Articles about this story are being actively scrubbed from Facebook.

Hell, they don’t even care about black lives in they don’t advance their agenda.

They finally got the hint

How about conservative media?

Heard one republican talk about this?

How about any national leaders? Say during a daily press conference. This crap is happening every damn day and we get crickets from EVERYONE.

And I do mean EVERYONE. Anchors that rightfully should be hung around Biden and the left’s necks. And it would do wonders for Trump’s campaign. And yet we hear nothing. I write this because it infuriates me and I hope someone from the administration reads it and gets a clue.

The Father should go full Purge.

I would. Nothing short of a damn Abrams Tank would stop me.

The real scandal is that there is no reaction from ethnic Europeans... aka whites.

The story undermines the narrative so the Ministry of Propaganda will not cover it, therefore most people won’t even know it happened.

17 posted on 08/13/2020 7:59:39 PM PDT by Lurkinanloomin (Natural Born Citizens Are Born Here of Citizen Parents|Know Islam, No Peace-No Islam, Know Peace)
[ Post Reply | Private Reply | To 1 | View Replies]
To: SeekAndFind
A White Five-Year-Old Boy Was Executed Outside His Home. It’s Not a Shock Why the Liberal Media is Ignoring It.

Obviously, the kid "Disrespected" him.

Why could the same be said about an adult who threatened a Secret Service Agent?

This was an innocent child who never threatened to shoot anyone. He was riding his bike.

Why is the Conservative media ignoring it?