Biden Faces Pressure From Left Over Influence Industry Ties. Many of his aides and close allies are veteran Washington hands who have profited from advising big corporations. The Sanders-Warren wing of the party is not happy.
New York Times ^ | August 1, 2020 | Kenneth P. Vogel and Glenn Thrush

WASHINGTON — It was one of the few issues on which President Barack Obama and Vice President Joseph R. Biden Jr. disagreed — how far to go in limiting the influence of lobbyists in government.

The vice president privately complained that his boss’s effort to slam shut the revolving door between K Street and the administration would deprive it of experienced talent, and he bristled when Mr. Obama’s aides tried to block him from hiring a well-connected Washington operator who had lobbied for pharmaceutical and insurance companies, credit agencies and others.

That puts Mr. Biden at odds with powerful elements of his party’s liberal base. Increasingly, they are expressing concern that the military contractors, Wall Street banks and other major corporations that paid members of Mr. Biden’s inner circle while they were out of government could hold disproportionate power in a Biden administration.

Politically, it could limit Mr. Biden’s ability to cast himself as the antidote to the anything-goes access peddling that has proliferated in President Trump’s administration. Under Mr. Trump, lobbyists and campaign donors have not only enjoyed access to the highest levels of the administration, but have been tapped to lead cabinet departments and have exerted remarkable influence over policies of intense interest to their former employers.

“It’s worrisome, broadly speaking, that a Biden administration could end up abiding by the unfortunate bipartisan norms of putting people in posts where they oversee industries or employers they just left,” said David Segal, co-founder of the liberal group Demand Progress.

if justice works.. biden has yet to answer for past sins... before november. 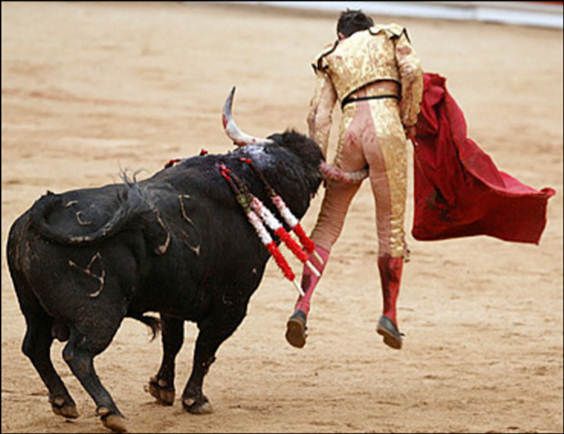 The Sanders-Warren wing of the party is not happy.

Neither bird nor plane can fly with two left wings.

Biden is an amazingly weak candidate.

Senile—and appears to be getting worse.

Pathological liar (see this clip from the 1988 campaign):

Groper Joe has a problem with women, including girls.

No principles at all—has policy changes over the years all over the place—including his past vicious attacks on blacks.

This is red meat for a ferocious campaigner like Donald Trump, particularly since low information voters don’t know _any_ of this stuff (thanks to mass media “hiding the ball”) and will learn about it for the first time during the campaign.

I am very optimistic about this election—Biden is the weakest possible candidate the Dems could have chosen.

do these NYT writers have amnesia?

Obama, bought and paid for by Wall St and Big Tech, among others.

I am very optimistic about this election—Biden is the weakest possible candidate the Dems could have chosen.

How do you feel about the House and Senate?

This is a planted #fake news article that is positioning Biden to be more establishment than Obama and not progressive enough for the left. Both pieces will coalesce around Biden because they hate Trump. Keep your heads down and keep registering Trump voters.

There's at least the ninth "incidences" among Joe Biden’s close family, and followed incidents involving his brother Frank, his son Hunter and his daughter Ashley. The cases - ranging from felony theft to drug possession - were all either thrown out, or resulted in light sentences with no jail time, according to a Post review of public records and published reports.

<><> The trouble for Ashley Biden, 39, started with a pot bust when she was a student at Tulane University in 1999. New Orleans police confirmed the possession arrest of the daughter of the then-Delaware senator, but no conviction was recorded in court records.

<><>Ten years later, during her father’s vice-presidency, video circulated showing a woman resembling Ashley snorting what appeared to be cocaine at a party. Joe Biden refused to comment on the reports, and there were no legal consequences.

<><> A second misdemeanor arrest for the Biden daughter was reported in 2002 after she allegedly attempted to obstruct a police officer - making “intimidating statements” - after a bottle-throwing brawl outside a Chicago bar. The charges were dropped.

10 posted on 08/01/2020 6:17:18 PM PDT by Liz ( Our side has 8 trillion bullets; the other side doesn't know which bathroom to use.)
[ Post Reply | Private Reply | To 9 | View Replies]
To: All
The infamous Hunter Biden was chronically unemployed and got tossed out of the Navy for drug abuse.
Hunter owed for child support, and spent bigtime on strippers, drugs, prosties, according to divorce papers .

<><> James Biden and his wife purchased an acre of land in the Virgin Islands for $150,000 in May 2005. A year later, James resold 1/3rd of that acre to Scott Green, a 'national security lobbyist who formerly served a Senate staffer for Joe Biden. Green paid $150,000 for the land, even though tax assessed value was only $38,000. “In effect, m/m Biden got their money back while keeping most of the land—recouping their investment in just 12 months.

Any money that Green may have lost through the deal was offset when Joe Biden became vice president.

<><> In 2010 Green and members of the lobbying firm he founded, "the Lafayette Group," were frequent visitors at the Obama-Biden White House.

<><> Green’s ties to the Biden clan seemed to be especially beneficial. On April 11, 2010, the Lafayette Group was awarded two taxpayer-funded contracts from FEMA worth a total of $5.8 million.ed.

Other members of the Biden family did just as well.

<><> Biden’s brother, Frank, benefited from $54 million in taxpayer-backed loans to Caribbean nations heavily involved in real estate and solar power projects he was pursuing in the region. ...even though he lacked a background in solar energy or international real estate development.

<><> Similarly, Biden's sister, Valerie, received millions in fees during the 2008 election. Valerie, was campaign manager for her brother’s failed presidential campaign that year; she paid her own consulting firm, Joe Slade White & Company, $2.5 million for its services. (More Biden finagling in article.......at breitbart.com)

Wouldn’t it be great if Biden’s blatant and chronic corruption was an issue in this presidential campaign?

If the Republicans weren't the stupid party, I would expect easy pickings there as well.

However, many of the Republicans are weaklings and can be picked off here and there, so no clue.

“Biden is the weakest possible candidate the Dems could have chosen.”

it continues to astonish me that the Dems managed to pick a WORSE candidate to run in 2020 than 2016’s Hillary Clinton ... i never thought that was possible ... but then again Donald Trump so gutted the Democrat party when he destroyed the Clinton cabal, which was the true Dem power structure, that the Dem party was left a smoking ruin without rudder,engine, or sail ... the power vacuum was subsequently filled by leftist morons like AOC because there were no adults remaining to be in charge ...

The snake is starting to eat itself. The Democrat Party was a lousy investment for corporate America.

I think the radical Left would actually rather have Trump to rail against for four more years over an insider who will undermine them from within. Nothing motivated and galvanized their movement like foaming at the mouth over him.