The process in Providence, Elorza said, will start with members of his administration and a group of African-American advisers meeting with historical societies and researchers to come up with a plan for sharing the state’s role throughout history in the institution of slavery, genocide of Indigenous people, forced assimilation and seizure of land. The history could be shared through methods such as exhibitions, community conversations and guest speakers, he said.

City leaders will also review local and state laws as part of this process, particularly those that result in discrimination against Black and Indigenous people in the public and private sectors, according to the city.

“Today’s announcement is a commitment that we’re making to a process,” Elorza said in a press conference. “What we’re doing here together is truly something historic… but most importantly, it comes directly from the voice of our Black community.”

Despite Elorza’s enthusiasm, not all local leaders believe reparations is the best method to increase opportunity within minority communities.

Mike Stenhouse, founder of the Rhode Island Center for Freedom and Prosperity, issued a statement saying that school choice, not reparations, should be the focus of helping people of color. 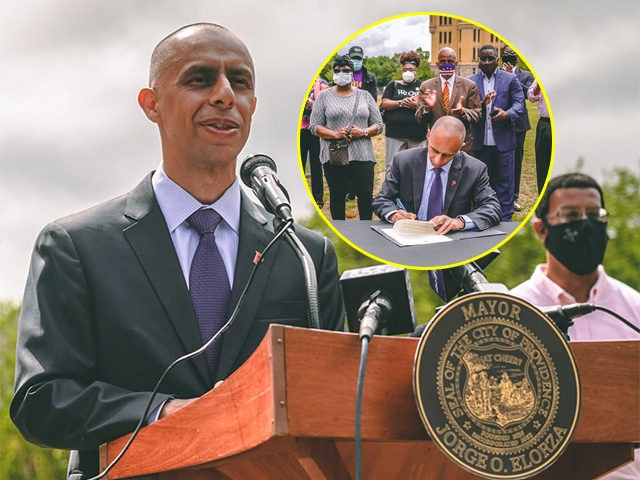 So if you’re black and your family immigrated from Ghana or Jamaica at some point you’re pretty much screwrd.

My Grandfather was murdered in a convenient store robbery by a black guy when I was 10. How much does his family owe me?

So, is he giving away his own money? Otherwise, he is just a thief.

If the reparations payouts are limited to cities and states run by the advocates, potential recipients will gravitate to those areas. They can then show everybody else his they can self fund the payouts. Be a role model !!!

Democrats are out to buy the vote.

Again, not enough that hundreds of thousands have their souls to free the slaves.

We have to pay them MOAR!

They have a big slave trade up Providence way?

So all the Algonquins are gonna get all that choice property?

They never got 40 and a mule. Maybe if if they did, we wouldn’t be in this mess.

12 posted on 07/16/2020 7:20:16 PM PDT by Vermont Lt
[ Post Reply | Private Reply | To 6 | View Replies]
To: The Toll
When I was 8, my uncle was delivering home heating oil in the middle of a very cold night to a Negroe who's tank was empty. The thanks my uncle received was being hit over the head with a piece of lumber, stuffed into a barrel and burned to death. Where are my family's reparations?

Shorty there after my 7 year old sister and I were jumped by a older group of Negroes as we were walking home from school. Where are my reparations?

From age fifteen I have been paying taxes, which totals in the hundreds of thousands of dollars to pay for Negroes' baby mommas and other welfare scum that are too lazy to educate themselves and work for a living. These Negroes are born here and are unable to form complete sentences because of their black culture. I want my money back. We'll call that reparations.

I tell you what. I won't demand any reparations and I'll call it even if they simply leave the country.

Whenever someone says “historic” these days, that means that taxpayers are going to take it in the $#@.

Think you "own" your home in Providence? Think again!

Oh...don't worry, white man. You won't have to give it "back". Well not yet anyway. But you will have to pay a "genocide tax" to the local casino owner's LLC.

I want the money my Irish ancestors would have earned if theyes hasn’t died stopping pickett’s charge.

I want damages too.

I want to see their plan they come up with, that should be interesting. Also, what are the odds he is up for re-election this year?

19 posted on 07/16/2020 7:50:44 PM PDT by Stayfree (Liberalism is an incurable mental disease caused by stupidity and ignorance!)
[ Post Reply | Private Reply | To 1 | View Replies]
To: South Dakota
I DEMAND my blood money, paid by Black taxpayers only for my 4 great granduncles who, as Union soldiers, died in the fight to free their ancestors, those payments to be at the rate of 100 times any reparations.

I DEMAND payment, by Black taxpayers only, for the risk of property and jail my ancestors took, sheltering escaped slaves as part of the Underground Railroad.

I also DEMAND reparations of the Quebec and Canadian governments reparations for the enslavement and murder of MANY of my relatives and ancestors.