The secret authorization — issued sometime in 2018 — offered the U.S. spy agency more freedom to both conduct cyber operations and choose its target, without the White House’s approval, the report said.

The order effectively undid many of the restrictions that had previously been placed on the agency by previous administrations, the report added, noting that the CIA has declined to comment on the issue.

The move has allowed the agency to engage in offensive cyber operations against “adversarial countries,” including Russia, China, Iran and North Korea, an official told Yahoo News.

“Secret Trump Order.” Secret, until now. Most Presidential orders to the CIA should be secret.

Who benefits from the press publishing this?

Forbes writes about these actions to safeguard our country as though they were bad things...just because TRUMP did them. If Odungo did them, they’d heap praise on them. Thing is, Odungo would have done (and certainly DID do) things to HARM our country, as frequently as he could.

As if Forbes would know.

Espionage and treason at best.

Insane, if the CIA was give authority to launch attacks without White House approval. Especially not with their track record. And what happens when they launch one on someone that the president is in the middle of interaction with and they do not agree?

But Forbes is now a Chinese owned magazine and is not related to the old American Business magazine. So who knows what the truth is? It’s a safe bet it isn’t found in this story.

Not so secret anymore, eh? Someone needs to go to jail.

This sure explains why Putin wanted Trump to win, eh? 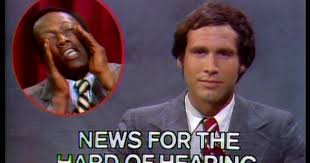 OUR TOP STORY TONIGHT -- WE ARE SECRETLY ATTACKING IRAN AND RUSSIA!

It sounds like a setup for the next “Russian Fairy tale”.

Thank you for that info, which I confirmed. Since 2014.

I've been a longtime Forbes subscriber, but I think I will read some of their articles, particularly editorials and articles about the Far East, more critically from now on.

The family has been cashing out, so that its assets will be easier to manage going forward. But, you wouldn't know it from Steve Forbes' editorials and public appearances.

My first thought was that this is an example of fake or semi-fake intel that the administration is using to smoke out the leaker.

Why are we being told about this?

“Secret Trump Order.” Secret, until now. Most Presidential orders to the CIA should be secret.

Should be TS! Bolton at work?

If true, we might read/hear about it with whatever replaces Kindle in about 50 years.

Steve Forbes has screwed up, again.

This article by YAHOO destroys them re Trump and Russian Collusion.

YAHOO news is possibly a Russian disinformation system, I could suppose. They sure act like it.

Without evidence it's just disgruntled former employees blowing smoke looking for someone to inhale.

Is anybody sworn to secrecy anymore? No oath? Spy orgs are like patents today...everything is permitted.