Lindsey Graham: ‘I Don’t Think Bubba Wallace Has Anything to Apologize For’
Breitbart ^ | July 06 2020 | PAM KEY

Has @BubbaWallace apologized to all of those great NASCAR drivers & officials who came to his aid, stood by his side, & were willing to sacrifice everything for him, only to find out that the whole thing was just another HOAX? That & Flag decision has caused lowest ratings EVER!

FWIW, I think that at least some of the people Epstein entrapped were used to get to other people. Think Prince Andrew. Linda didn’t have to catch a ride on the Lolita Express to have an Epstein problem. He just had to be delivered up by someone who did.

Flimsey Grahamnesty should apologize for voting to give away our country THREE times.

But he won’t because the fools in SC will re-elect him to do it AGAIN!

You liked it when he threatened Trump against firing Sessions?

Another reason why The President needs to just STHU sometimes

GET ON MESSAGE AND STAY THERE

I hate at least 95% of the Republican party. That number will rise to 100% when Trump is done with them.

bubba did wear an american flag mask and put his hand over his heart during the anthem on sunday...so there’s that.

Harvick was suppose to follow Hamlin but didnt hear it

Worthless POS is saving them for the communists, in case they win or steal the election... He'll do anything for "future" perks...

30 posted on 07/06/2020 1:47:45 PM PDT by SuperLuminal (Where is Sam Adams now that we desperately need him)
[ Post Reply | Private Reply | To 1 | View Replies]
To: A_Former_Democrat
Bubba, never having seen anything, couldn't wait to get his ugly black mug on ABCNBCCBS to spread a hoax, and you blame Trump?

He's all we have between us and the Scum, so think before you post.

No, Linda, you wouldn’t.

Sadly, I believe you think that, Lindsey.

Epstein targeted some of the most powerful people on the planet. People with the power, money, and resources to defend themselves. In any number of ways.

I’m wondering if it was because someone more powerful than any or all of them was protecting Epstein.

Who does that leave: State actors.

I wonder if Lindsey is related to Crazy Luke Graham, the late pro wrestler. Lindsay is as phony as a pro wrestler. 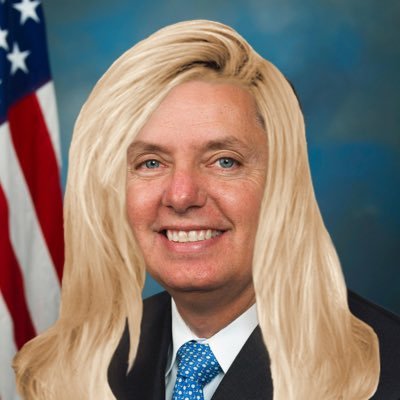 I saw a TV interview with him about 2 weeks ago

Some news babe asked him if anyone would be arrested for the Russia gate hoax, and he gave here a cheery “No Ma’am!”

Then he went on to say “I don’t want consequences to equate only to prosecutions” (or something similar...)

Please, the President should take your advice

Tell me what good this has done?

Another firestorm off a great weekend

Some of you are so anxious to stick it to the other side, you’ve lost your political sense, assuming you ever had it

BIDEN is a FAILED candidate. Go after his sorry ass. The Bubba Wallace hoax was two weeks ago. Irrelevant

Until today . ..some of you need to wake the Fup. This isn’t about Wallace

I think you and bubaba have something to apologize for- lidnsay

More likely Lindsey has met up with Fauci on GRINDR!!
They are both pathetic attention whores. I pray Linda is NOT re-elected. He has done NOTHING but run his mouth for the past 3 years!