The Trump administration signaled that it was considering another attempt to cancel an Obama-era program that benefited young immigrants, a day after a loss at the Supreme Court injected the issue into an already contentious election cycle.

President Trump on Friday said that the administration would be submitting “enhanced papers shortly” to address issues raised by the court in a case involving a program granting work permits and legal protection to hundreds of thousands of young immigrants.

“The Supreme Court asked us to resubmit on DACA, nothing was lost or won. They ‘punted’, much like in a football game,” Mr. Trump wrote on Twitter.

“We are on it,” Ken Cuccinelli, the second-ranking official at the Department of Homeland Security, responded in a tweet.

The court, in a 5-4 opinion by Chief Justice John Roberts, said the administration acted arbitrarily when it moved to end the Deferred Action for Childhood Arrivals program, failing to offer adequate reasons for doing so. DACA was created under President Obama and drew the ire of Republicans, who said the program sidestepped Congress. Mr. Trump moved to cancel the program in 2017, drawing immediate legal challenges.

The high court made clear that DHS could rescind the program, but said it must offer well-supported and transparent reasons for doing so. The court declined to weigh in on the Trump administration’s conclusion that DACA had been unlawful, but said that even if the program crossed legal lines, DHS still needed to weigh all sides of the issue before taking action.

TOPICS: Government
KEYWORDS: daca Navigation: use the links below to view more comments.
first 1-20, 21-28 next last
The administration should not have to jump through hoops to reverse an illegal executive order, but I'm glad they are not giving up.
1 posted on 06/19/2020 12:20:34 PM PDT by karpov
[ Post Reply | Private Reply | View Replies]
To: karpov

Zak Lee. Why is such a pain in the butt to shut down something that wasn’t legal in the first place. I know. Bizzarro world.

Just do the same exec order that obama did but instead allowing you say denying. What is Roberts to say then as he was ok with the illegal obama order.

“Sometimes getting to the right policy via the wrong process does more harm than good. We fear that will be the case with Thursday’s unfortunate 5-4 Supreme Court decision to block President Trump’s rescission of Barack Obama’s order for Deferred Action for Childhood Arrivals, widely known as Daca.”

“The decision in DHS v. University of California is being cheered because it offers a reprieve to the so-called Dreamers who were brought to the U.S. illegally as children. We support legalization for these 700,000 or so immigrants, as a matter of fairness and as contributors to American life. But this is an issue for Congress. The Court’s ruling on administrative-law grounds reads like a desired policy outcome in search of justifying legal logic, and it is likely to do long-term harm to the Constitution’s separation of powers and maybe to immigration reform.”

“Chief Justice John Roberts joined the four liberals, as he so often has, in ruling that the Trump Administration hadn’t properly followed the Administrative Procedure Act (APA). The Court remanded the rescission back to DHS to rewrite with a formal rule-making with notice and comment period.”

“This may seem routine, but the problem is that the Obama Administration never followed the APA when it issued Daca in 2012. Daca was never tested in court, but the Fifth Circuit Court of Appeals in 2015 issued an injunction against a companion order to Daca. The Supreme Court upheld that injunction, and the Trump Administration had every reason to believe Daca was thus illegal too.”

“Today the majority makes the mystifying determination that this rescission of DACA was unlawful. In reaching that conclusion, the majority acts as though it is engaging in the routine application of standard principles of administrative law,” Justice Clarence Thomas writes in a dissent joined by Samuel Alito and Neil Gorsuch. “On the contrary, this is anything but a standard administrative law case.”

“As Justice Thomas explains, a President should not have to follow normal administrative procedures to reverse a policy that was unlawful in the first place.”

“The Chief strains to rationalize his double regulatory standard by quibbling that a memo by former DHS Secretary Kirstjen Nielsen in June 2018 that expands on its original legal justification for ending Daca is a “post hoc” rationalization. But as Justice Brett Kavanaugh explains in his dissent, the Chief’s logic stretches the Court’s own precedents to rule the Nielsen memo out of legal bounds.”

“The practical consequence of the ruling is that a President can create an unlawful policy without legislation from Congress, but a future President cannot lawfully undo it without first jumping through regulatory hoops that can take years. This is an invitation for executive mischief, especially by Presidents at the end of their terms. They’ll issue orders that will invite years of legal challenge if the next President reverses them.”

“As Justice Thomas puts it: “Today’s decision must be recognized for what it is: an effort to avoid a politically controversial but legally correct decision” that has “given the green light for future political battles to be fought in this Court rather than where they rightfully belong—the political branches.”

“The result will also further diminish Congress, and one casualty could be immigration reform beyond Daca. President Trump’s Daca rescission had brought the political parties to the table, but Democrats now have little incentive to negotiate a compromise. They’ll hold out until they control the White House, impose their policies by executive fiat, and dare the Supreme Court to block them—and threaten to pack the Court if it does.”

“The Daca ruling is merely the latest in which the Chief Justice has joined the liberals to avoid a ruling that would have been criticized by the media and Democrats. Recall ObamaCare, the 2019 Census case, and Monday’s on sex and gender identity. It’s hard to avoid the conclusion that the campaign of intimidation and threat of court-packing by Senate Democrats are getting the results they want.”

That statement says that the judiciary is interfering with a political decision of the executive. "Because I said so," is a perfectly good reason for the executive to make any executive decision within its scope of authority.

It is not a decision of constitutionality.

7 posted on 06/19/2020 12:30:32 PM PDT by seowulf
[ Post Reply | Private Reply | To 1 | View Replies]
To: karpov
The homosexual Muslim Marxist signed an Executive Order for that was in defiance of Federal Immigration Law, and therefore was unconstitutional. 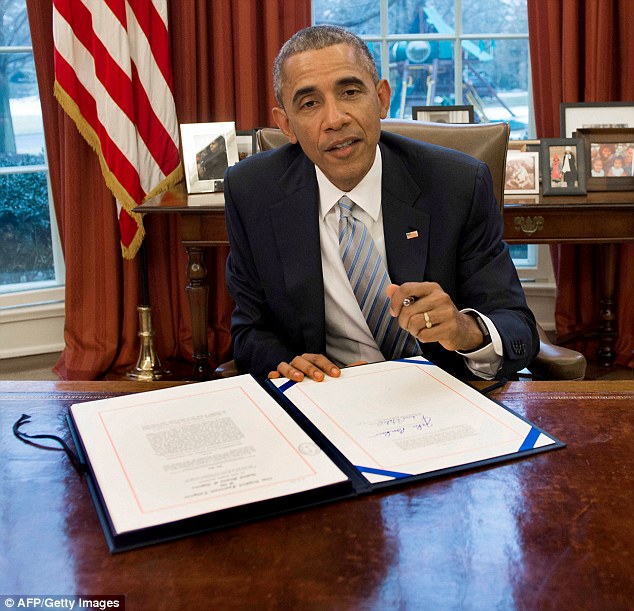 If I were Trump, I would sign a Double Secret Probation Executive Order, and let the courts stew over it while we deport millions of Illegal Invaders. Start by deporting the parents for even traffic violations. Heck even EBT fraud.

Damn it, GET SERIOUS! Hit them as hard and even harder than we got hit.

I am tired of paying people for making babies.

So, the judicial branch is now also making and carrying out the laws of this once great country. Mr. TRUMP..... It is time to lay out the rules of our constitution.

Perhaps it is better said that they were illegal invaders.

That too! Or just GimmieGrants.

14 posted on 06/19/2020 1:01:49 PM PDT by SkyDancer (~ Pilots: Looking Down On People Since 1903 ~)
[ Post Reply | Private Reply | To 12 | View Replies]
To: karpov
Perhaps Pres Trump should just come up with a list of what he wants, like a counter to a persons physical sex being whatever an individual says it is at any given time. Then the Pres issues an individual executive order for each of the items on his wish list and lets the woke Supreme Court justices work out what to do with it. If you cannot in good faith trust the SC then adjust the approach to their way of thinking. Obama is out of office but his EO is held as credible. Do it before the election so it has to be dealt with however that turns out.
15 posted on 06/19/2020 1:09:09 PM PDT by mountainfolk
[ Post Reply | Private Reply | To 1 | View Replies]
To: Parmy

The fault was failing to follow the Adiminstrative Procedures Act which requires public notice and public comment. Obama also failed to do so, but that was not the issue before the court. Two wrongs don't make a right.

The APA is not difficult to follow and it is astonsishing that DHS didn't do that, unless, of course, the deepstate DHS attorneys were trying to sabotage the whole thing.

DACA isn’t a EO. It never has been. It’s just a memo, just policy.