Mueller's investigation of Trump has consumed Barr since Day One
NBC "News" / Comcast ^ | May 8, 2020 | by Pete Williams

WASHINGTON -- To his critics, Attorney General William Barr is doing all he can to undercut the conclusions of the Mueller investigation to please the White House. To his supporters, he is scrutinizing the probe of a presidential candidate that even the Justice Department's inspector general said was flawed.

Those fault lines were in sharp relief after Barr directed federal prosecutors to abandon their prosecution of Michael Flynn, who served briefly as national security adviser in the early days of the Trump administration.

Barr's decision to abandon the Flynn case renewed criticism that he was doing the president's bidding.

He was accused in the spring of soft-pedaling the Mueller report before it was released. And in February, he instructed prosecutors to dial back their sentencing recommendation for former Trump campaign aide Roger Stone.

But Barr has been consistent in his view that the FBI's investigation of the Trump campaign was overzealous. A year ago, he told Congress that he wanted to review "both the genesis and the conduct of intelligence activities directed at the Trump campaign."

Thursday's court filing does not end the Flynn case. The Justice Department has now asked Federal District Court Judge Emmet Sullivan to dismiss the prosecution and suggested in its court filing that the judge had little choice in the matter.

But Sullivan may want to look more deeply at the government's version of what happened. "The judge may want to make some sort of inquiry to see if the dismissal is being sought for an appropriate purpose," said Chuck Rosenberg, a former federal prosecutor. Mueller is more Senile than Biden.

Mueller had very little to do with the Mueller report.

It SHOULD consume him! Nothing could be more important than ferreting out treason and prosecuting it.

No doubt Barr does lots of consuming.

Pete Williams has likely suffered serious brain injury because of multiple BLOWS from a blunt “instrument”.

Barr saw this for what it was immediately.

6 posted on 05/08/2020 10:35:44 AM PDT by LeonardFMason (Lou Dobbs)
[ Post Reply | Private Reply | To 1 | View Replies]
To: Oldeconomybuyer
But Sullivan may want to look more deeply at the government's version of what happened. "The judge may want to make some sort of inquiry to see if the dismissal is being sought for an appropriate purpose," said Chuck Rosenberg, a former federal prosecutor.

Whistling past the grave yard.

And why not? This will go down as the biggest crime in our history,

Overthrowing the Trump administration has “consumed” the MSM since November 9, 2016.

Not a lot of prosecutions for all that work, eh Bob?

Yeah whatever Cheeseburger Barr. It was Flynns attorney Sidney Powell, not your his fat bagpipe blowing ass that started the DOJ house of cards down.I have yet to see either him or Durham do jack crap! We knew all this crap in 2017. Theres 60 some books you can buy on amazon that spells it all out. I though Mueller was a waster of money. Barrs spending 10 times thst much I’ll bet!

2017:
In August 2017, Rosenberg found himself at odds with the Trump administration over the President’s remarks encouraging the police “be rough” with suspects.

2017:
On September 26, 2017, it was announced that Rosenberg, dismayed by the Trump administration, was stepping down.

2017:
On November 13, 2017, Rosenberg initiated his role as an MSNBC contributor with an interview on The Rachel Maddow Show.

When your FIRST “gig” is slumming at MSNBC on the Mr. Rachel Maddow “fantasy” Show you know anything you say is WORTHLESSS.

Judge Sullivan will go ahead with sentencing...you can bet on it. Flynn will probably get some time just because the judge will be po’d. 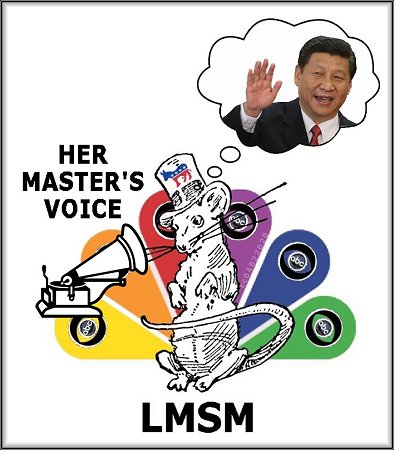 Had this case come to the court via a grand jury indictment
I think it would be harder for the DOJ to recall it. Obvious to me, the Judge has dithered as a good deal of the info from the filings from Flynn’s attorney should have been sufficient for the judge to rule to dismiss the matter. Also, The apparent collusion between his prior attorneys and the DOJ attorneys along with their hiding info from their client should have convinced the judge without Barr having to step in. I suspect Barr did it because he wanted to put the onus on Sullivan, get the info out into the public spector, and not have to rely on a Pardon from Trump which could interfere with his future plans for Comey et al.

Good analysis. One of my ideas is for the Senate (Lindsay Graham is the chairthing, I believe, and is always shrieking about hearings but I never hear them) to call both Barr and Mueller before them with a tough set of questions for both. I think Mueller makes joe Biden look like an Oxford professor; he is basically a cigar store Indian with a wooden head who has been used as a useful prop and front man but his mind is long gone. That would show up the Mueller investigation for exactly what it was - a phony dog and pony show that ruined good people’s lives and reputations under the guise of a senile ex-FBI Director.

>>To his critics, Attorney General William Barr is doing all he can to undercut the conclusions of the Mueller investigation to please the White House.

The Left’s phony case fell apart with the release of the transcripts. The big lie was an FBI FIB.

The judge blew his opportunity to withdraw the case. When the DOJ did, they cleared the way for lawsuits. Flynn now has a clear civil case against all. Barr has clear criminal shot against all. Barr clears the targets and said ready aim fire. Grennell did same with Schiff. You release all of I will. Ugly had no place to run

Next up for Barr,determine which members of the media had full knowledge of and participated in this fraud. The names will be released and the real fun begins.

If Sullivan sentences Flynn, Trump will immediately issue a pardon.