Trump Is Pushing a False Argument on Vote-by-Mail Fraud. Here Are the Facts.
NY Times via Yahoo! News ^ | April 9, 2020 | by Stephanie Saul and Reid J. Epstein ,The New York Times

With concerns mounting over how the country can conduct elections during a pandemic and Democrats pressing for alternatives to in-person voting, President Donald Trump has begun pushing a false argument that has circulated among conservatives for years - that voting by mail is a recipe for fraud.

“Mail ballots, they cheat,” Trump said at the White House on Tuesday afternoon. “Mail ballots are very dangerous for this country because of cheaters. They go collect them. They are fraudulent in many cases. They have to vote. They should have voter ID, by the way.”

Studies have shown that all forms of voting fraud are extremely rare in the United States. A national study in 2016 found few credible allegations of fraudulent voting. A panel that Trump charged with investigating election corruption found no real evidence of fraud before he disbanded it in 2018.

Even so, experts say that the mail voting system is more vulnerable to fraud than voting in person.

“What we know can be boiled down to this: Voting fraud in the United States is rare; less rare is fraud using mail ballots,” said Charles Stewart III of the Massachusetts Institute of Technology.

Stewart pointed to several documented voting fraud cases of recent decades involving mail or absentee ballots, most recently the race in North Carolina’s 9th Congressional District in 2018, when an operative who rounded up absentee ballots for the Republican candidate, Mark Harris, was charged with election fraud. The practice is known as ballot harvesting.

“They’re stories; they’re dramatic; they are rare,” said Stewart, a professor of political science who studies the machinations of voting. 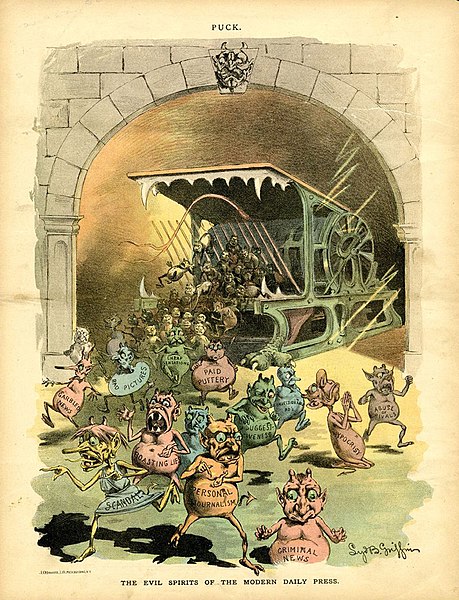 Thanks to RayChuang88 for the above. Ray noted that the media/press hasn't changed in well over one hundred thirty two years.

Are there any? I heard something about dead voters and Judaical Watch.

6 posted on 04/09/2020 7:46:40 AM PDT by Unassuaged (I have shocking data relevant to the conversation!)
[ Post Reply | Private Reply | To 4 | View Replies]
To: DoodleDawg
Best way to combat these stories is to present documented cases of voter fraud using mail-in ballots.

A few years ago, the Texas AG busted a big case of this in the Dallas/Fort Worth area.

Don’t trust the New York Times! It has become nothing more than a lying propaganda sheet.

Look at the abysmal handling of absentee ballots in Wisconsin, including ballots that were mailed weeks in advance of the primary. Undelivered mail, ballot envelopes without postmarks, etc.

“A national study in 2016 found few credible allegations of fraudulent voting. A panel that Trump charged with investigating election corruption found no real evidence of fraud before he disbanded it in 2018. “

Huh. And here I thought:

“Russia interfered with our election”.

My brother in law works at MIT, I'll have to ask him if this clown is really as stupid as he sounds. Come to Los Angeles if you want to see what Voter Fraud looks like, They Advertise on TV,Radio and Print for ILLEGAL ALIENS TO VOTE

Remember just a couple of years ago when they said that ballot fraud was non-existent?

Remember also how it was illegal for the GOP (due to an agreement back in the 80s) to contest vote fraud until a couple of years ago?
https://trueconservativepundit.com/2018/08/07/end-of-1982-consent-decree-gop-finally-can-contest-vote-fraud-after-36-years/

Yeah, no. Same "studies" predicted Trump would lose the election and the Chinesevirus wasn't a problem.

Studies [by liberals] have...

a national study [by liberals]...

14 posted on 04/09/2020 7:54:21 AM PDT by piasa (Attitude adjustments offered here free of charge.)
[ Post Reply | Private Reply | To 1 | View Replies]
To: Oldeconomybuyer
Isn't it interesting that the press doubles down on just about everything. Just ignore the mail-in vote problem in WI. Nothing to see there.

Things like this make me want to push the pendulum back further. From now on we should demand no absentee ballots, and certainly no mail-in voting, internet voting, or extended time frame voting. If you want to vote, arrange your schedule to be available in your home precinct between 7:00 am and 7:15 am to vote in person. If you have to travel half way around the world to do it, so be it.

Ask for more than what we want and we might get what we need. That's voting in person, all day long, on a single day and absentee ballots for people who truly need them.

15 posted on 04/09/2020 7:55:06 AM PDT by ConservativeInPA (It's official! I'm nominated for the 2020 Mr. Hyperbole and Sarcasm Award.)
[ Post Reply | Private Reply | To 1 | View Replies]
To: Oldeconomybuyer
most recently the race in North Carolina’s 9th Congressional District in 2018, when an operative who rounded up absentee ballots for the Republican candidate, Mark Harris, was charged with election fraud. The practice is known as ballot harvesting.

Which Democrats in California made legal.

NYT is a walking ‘false argument’....gg

However, when just ONE fraudulent vote is cast, it disenfranchises the legitimate vote through vote cancellation. That should be extremely unacceptable!

Remember when the Republicans celebrated vote fraud? I don’t think you do, because it didn’t happen.