An Update on My Health and Treatment

RUSH: I wanted to update you on my health. And the first thing to tell you is I’m fine. I’m sitting here at my official home library desk, and I am fine. Now, here’s where my problems began. The cancer I have, the lung cancer I have involves the mutation of a gene that occurs in 1 to 5% of lung cancer patients. Now, ordinarily that would be very bad news because it would be something that maybe there’s no medicine for or that there’s no targeted treatment for.

It turns out it’s the exact opposite. It turns out it was good news because there is a clinical trial of a combination of chemo drugs that has been very successful in attacking this particular gene mutation in melanoma cancers. So the clinical trial that I’m in — and I went into it with full knowledge that it was a trial, a stage 2 trial. I had every option every cancer patient’s ever had presented to me by numerous doctors, numerous places, I chose what happened here.

The stage 2 trial I’m in involves targeting with two different drugs the mutation that has caused my stage 4 lung cancer. By the way, my voice is weak only because I haven’t used it much. There’s nothing wrong there. And everything was going along fine. The first four weeks we were all feeling great because they warned us that the side effects of this drug could be pretty bad. Normal things like nausea, vomiting, fatigue, none of that happened to me. So the first four weeks went by, we’re kicking butt, we’re thinking this was great. And we have some indications that it’s working as well.

Well, late last week I began to find it very difficult to walk. My muscles in both legs, from the waist down, began to retain fluid and swell up incredibly to the point that ten days ago, Monday of last week when we were away for treatment, I could barely walk in the hotel room and needed a wheelchair to get where I was going. I kept taking the chemo drugs, thinking that it would be something that I could get past. I didn’t get past it and developed fevers of 102 to 103, which were also part of the list of side effects that could happen.

The point is, after about five weeks on this stuff, it all just hit me. And all of last week I was unable to get out of bed. Primarily because I couldn’t walk. The degree of pain and the swelling in both joints and legs — and I’ll give you an idea of the pain. ‘Cause they asked me to describe it. I said, “Imagine you have been sedentary for a year and then one day you go to the gym or you go practice football or you do a two-hour, strenuous workout. You know how you feel the next day, your muscles are filled up with lactic acid, you can barely move?” I said, “That’s what it’s like times five for me.”

“Oh, okay,” and they start writing it down, making notes. But I was not given anything for it. We just kept going with the treatment hoping that it would be something my system would metabolize and move beyond, but it didn’t. So it got bad enough on — losing track of the days here. I guess it got bad enough last Monday or whatever that we had to pull the treatment. We had to pull the treatment, and it was going to be just temporary for a week or two to see what would happen. I’m now taking drugs, steroids, to reverse the effects of the chemo drug. 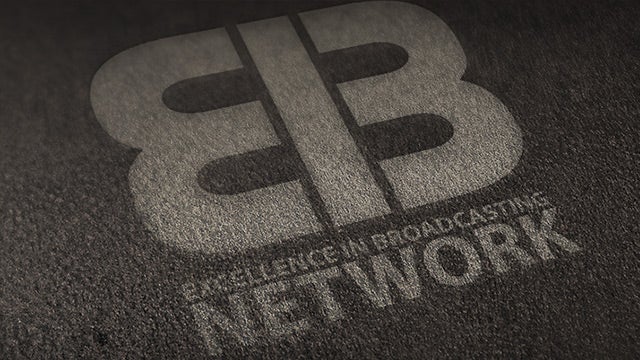 Here’s the irony, folks. The chemo drugs are working. They were… I’m not gonna go into detail about how we know because I don’t want to provide too much target area for media to go searching on the internet what I’m dealing with. But, trust me, it was working — and it’s working so well, the doctors want me to continue doing this and put up with the leg pain.

“I can’t do this,” I told them. “I can’t do this. I can’t work, I can’t think, I can’t… There’s just no way. It’s the same old question that cancer patients have. You have to balance quality of life versus length. So there are other alternatives that we’re looking into. I’ve currently suspended the treatment and we’re looking at alternatives, and there are plenty of those. But I’ve gotta get the swelling down and get this pain taking care of.

Otherwise, I won’t be able to do anything but talk to you from this desk on a phone. So that’s the status of that. I’m feeling much better physically having gotten off the chemo drugs. I think we dropped them Monday or Tuesday. (As I say, the days are running together.) So I wanted to share all this with you because there had been a lot of people concerned at the ongoing, extended absence, which is unlike me.

And I’ve made it very clear that the only place I really want to be during all of this — aside from at the side of my lovely wife, Kathryn — is in the radio studio. And the fact that you can’t do that is frustrating, and it was something everybody was noticing. So I started getting little emails from people. You read between the lines, they’re saying, “What the hell is going on! Where are you?”

So I thought it’d be wise and prudent to come in and share some of these details with you. I’m looking at the clock. Let’s take a break here and we’ll come back after the break and we’ll get back into some of the observations I’ve had about what’s going on with the coronavirus and what is happening to our country. It’s the Rush Limbaugh program. I made it past the call screener. As far as I know, I’m still on the air. I have not gotten myself thrown off yet.

You are not going to want to miss the first hour - the first segment of the Rush Limbaugh show today. Hint.— Bo Snerdley (@BoSnerdley) March 27, 2020

He's had a tough road, and more to go, glad he's still on the journey with us.

I pray it works

All we can do is pray and hope for the best, but it doesn’t look good for Rush....

I’m not sure what I would do in a similar situation..

Hang in there, Rush. I’ve been exactly where you are! Mine was six years ago. I was a 25 to 30 mile a week runner and after the third month of treatment, I could hardly walk across the room. Today, I walk 3 to 5 miles every day.

I’m praying for you!

Well, at least Rush is getting Kennedy/ McCain/ RGB/ Carter (he beat brain cancer)/ Jobs-level care. Glad he can afford it! I hope we have him for a few more years yet! Hang in there, Rush!

Here’s hoping for his recovery. This nation needs him more now than ever.

Best wishes Rush. Attitude is everything and yours is inspirational.

Are there drugs to reverse the side effects?

Ultimately our time is not is not in our hands. But we can trust Him who is in charge.

Whether we live or die we trust in Him.

I hope this is not Rush’s time. But if it is may he go in the presence of God. Thank you Rush. America is a better place because of you.

11 posted on 03/27/2020 1:35:54 PM PDT by Persevero (I am afraid propriety has been set at naught. - Jane Austen)
[ Post Reply | Private Reply | To 1 | View Replies]
To: conservative98
It is obviously risky to discontinue chemo against medical advice. Yet that's exactly what a friend of mine did a long time ago, and he's still alive.

Kicking prayers up a notch.

Prayers for Rush. Sounds so difficult and I know he says he just can’t do the chemo but it was working. Wish he could continue after the pain subsides.

Good grief! This guy should get the Presidential Medal of Freedom!

Rush is a national treasure

If he is going out of town for a Phase 1 clinical trials, there is a very good chance he is going to MD Anderson in Houston or Sloan Kettering in New York City.

Pretty sure it is SK in NYC.

chemotherapy can work very well but it usually involves what are, frankly, poisons....these poisons just happen to attack and kill rapidly-dividing cells MORE than they attack regular good healthy cells

so, since cancer consists of cells that are dividing too rapidly, chemotherapy’s poisons can kill the cancer before they kill the rest of the patient

but since they are mostly poisons, they still do some harm to the rest of the patient, and since they are usually quite powerful substances they can cause some difficult side-effects

Rush has described a rather typical chemotherapy quandary. The not walking for awhile will probably wear off, and he will likely be walking again soon after chemo ends.
But he mentions some mental confusion (though it surely doesn’t come thru in his writing, which is an excellent exposition). He needs to watch mental effects most especially, imho, as he is doing.

He also needs to MONITOR the cancer now more than ever.
I hate to say it but some cancers get aggressive again soon after chemo is interrupted. I am sure Rush’s doctors have explained this for him, and are doing the job!

Sometimes a slight modification of the dosage or ingredients can reduce the side effects while still being effective against the cancer. I am confident Rush’s docs are looking into this, too.

Rush’s note does sound quite hopeful for a full remission or “cure’ of the cancer, its just that he’s in the midst of the battle is all....can’t quite see to the victory at the end of the fight. But it could well still be there for him!
We pray