Urban slang defines a person being "woke" or "wokeness" as someone being cognizant of "social justice." Social justice, in this worldview, encompasses racism, feminism, gender fluidity, inequality, and "undocumented visitors" (illegal aliens).

The very word connotes a superior state of being in which any opposing opinion is perceived as a personal affront, or even attack, and triggers the necessity for safe spaces. Opposing viewpoints are bludgeoned on college campuses and in the mainstream media as racist, sexist, homophobic, xenophobic, gun-toting, and Bible-thumping idiocies.

Oh, the elitism — and blindness!

The woke are really the unwoke — those with no sense of self-awareness of the hypocritical and self-aggrandizing images they actually project to the rest of us.

The woke lecture on climate change but take private jet from forum to yacht to 20,000-square-foot-plus mansions.

The woke tremble at the thought of individual law-abiding citizens having guns to protect themselves but are surrounded by armed security guards and electrified walls.

The woke protect public school teachers' unions failing so many in the inner cities but send their kids to private schools.

The woke scream "racist" if the "N" word is used or radical Islam is noted but remain silent as anti-Semitism is rampant in U.S .colleges and some Democrat congressional members spew virulent anti-Semitic tropes.

TOPICS: Constitution/Conservatism; Culture/Society; Philosophy; Politics/Elections
KEYWORDS: culture; dumbassery; hypocrisy; pc; relationships; snowflakery; society; triggers; walkaway; woke; wokeness
We be 'woke' to the excess dumbassery faced on a daily basis from these fidiots. I saw a headline at 'Barron's' the other day claiming that COSTCO is the wokest company out there. But, no subscription so I couldn't post it. Pretty sure the head cheese is good buds with obxxx and an anti gunner so..................
1 posted on 01/18/2020 10:38:31 AM PST by rktman
[ Post Reply | Private Reply | View Replies]
To: rktman

If someone doesn’t like to hear me picking up or thumping my Bible then they shouldn’t listen.

Using the term “woke” exposes one as proving that life can exist successfully seven sigmas to the left of 100 on the Bell Curve.

Sooner or later we will laugh and shame these poor *sshats back to the studies department that spawned them.

The term “Social Justice” is an example of two words that really have no meaning together. An Oxymoron which we are supposed to choose either believe in it or suffer the outcast from society that Winston would endure.

O’Brien holds up four fingers and seeths authoritatively, “How Many Fingers Winston!!???”

FIVE!!!, said the tormented citizen. Another inductee surrenders to the social justice mob.

My father got angry/frustrated one day and asked me if I spoke to everyone about Christ. I told him I did unless I’m told not to do so by God.

It was about 6 months before we spoke after that incident.

He was made aware that I would end a call if I felt he was being disrespectful or not giving the Lord God the glory for things given out of mercy.

I wish he would speak of Christ to my adopted Muslim (long story) sister. I don’t know her last name and he refused to give me the name of her husband. Like, I’m in Texas! What’d he think I would do? Fly up to MD just to go visit her at the local mosque???

I told him no one gets to the Father but through Christ.

It’s not a ‘all boats flow together to the eventful spot,’ scenario.

I’m known for Foot In Mouth disease and that does cause me concern. I’ve often had to backspace an entire posting before I click submit because I don’t want to damage witnessing. 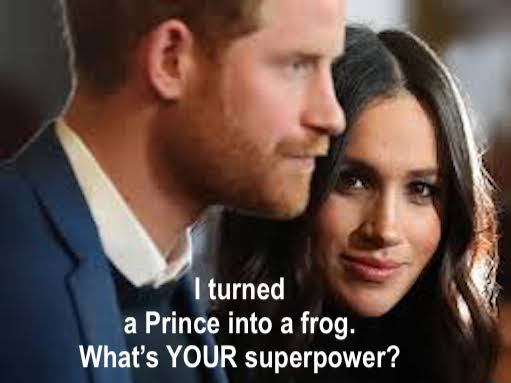 Thump that thing! We need it!

SMDH! That must be some snapper.

I guess I’m unwoke because I don’t believe in Social Justice!!!

I recently read a book When Faith Causes Family Friction by
by Dr. Ray Guarendi. He is a psychologist who has a regular show on the Catholic EWTN network on TV and radio. Has a number of interesting replies to questions he has received.

Note: I am not a Catholic myself, nor is my wife. I respect their faith but hold to my differences with them. I am a rarity in that I take in information from all kinds of sources.

Much of his attitude is that when family members disagree we are not ever going to change them, so we have to adjust to them. Forcing them to listen to our disagreeable lectures turns them away.

Sometimes, he says, people will change later when they see how we conduct ourselves and how we are loving while disagreeing. My problem is I’m not that role model of
admirable living. I battle anger issues of my own, for example. But he offers some hope that things might be better in the future for most families.

P.S. I used to work at a library and if you would rather borrow a book than buy it (as above book) you can ask your public library for an interlibrary loan. Another library sends the book for you to borrow.

I wish you the best.

Indeed. Actually, those who declared a period of “Enlightment” after the “Dark Ages,” the latter being a period of great faith in God, are an older type of “woke.”

Oh, my. You rock. At least with your current posting!

I became a Christian prior to my beloved husband. It drove me absolutely nuts. Not a good thing as it was an indication of really, really being a newbie to Christianity. Lack of trust...being the issue.

My pastor, kindly and yet firmly (!) told me to not talk about it just to live it as best as I could as the decision was my beloved’s to make willingly. It short of killed me because by nature I am not patient. (Hey, going to blame the fact that I’m a redhead on that one.) Eventually, my beloved did accept Christ as Savior.

Did we still have rough patches? Oh, my gosh. Yes, with all capital letters. LOL

It was with my father though, that took a nudge from the Lord via my pastor to be quiet. There was a sermon and message about listening to what the Lord instructs and I finally cooled down the on-the-phone diatribe. It’s not easy to admit that’s what I had started to be like, even though it was because of concern. It was true, though.

So now I pray for my adopted sister, and her family. My dad, however, let’s his Irish side come out and when he does I remind him we’ve agreed to not talk back and forth in the old way. I still hope one day for him to speak with her or her family. After 911 she and her husband asked my father about Jesus and the Lord God and my father, from what he told me, was he didn’t feel it was his job to talk to them since they were Muslim.

That’s what caused me to have such concern with my dad. Still, it cannot be forced. I will try to get that book. I still have so far to go with my own ‘Irish’ coming out.

Amazing, how folks can give so assistance as you did! It’s wonderful to hear my pastor’s advice being validated!

Yes! Bravo! Somehow the left always gets away with bastardizing the language. There is no “social justice”, only justice. They have also turned charity into the obligatory “giving back”, thugs shooting people is “gun violence”, homosexuals are “gay”, illegal aliens are “undocumented immigrants”, and abortion is a “choice”.

Thanks. God bless you and yours.