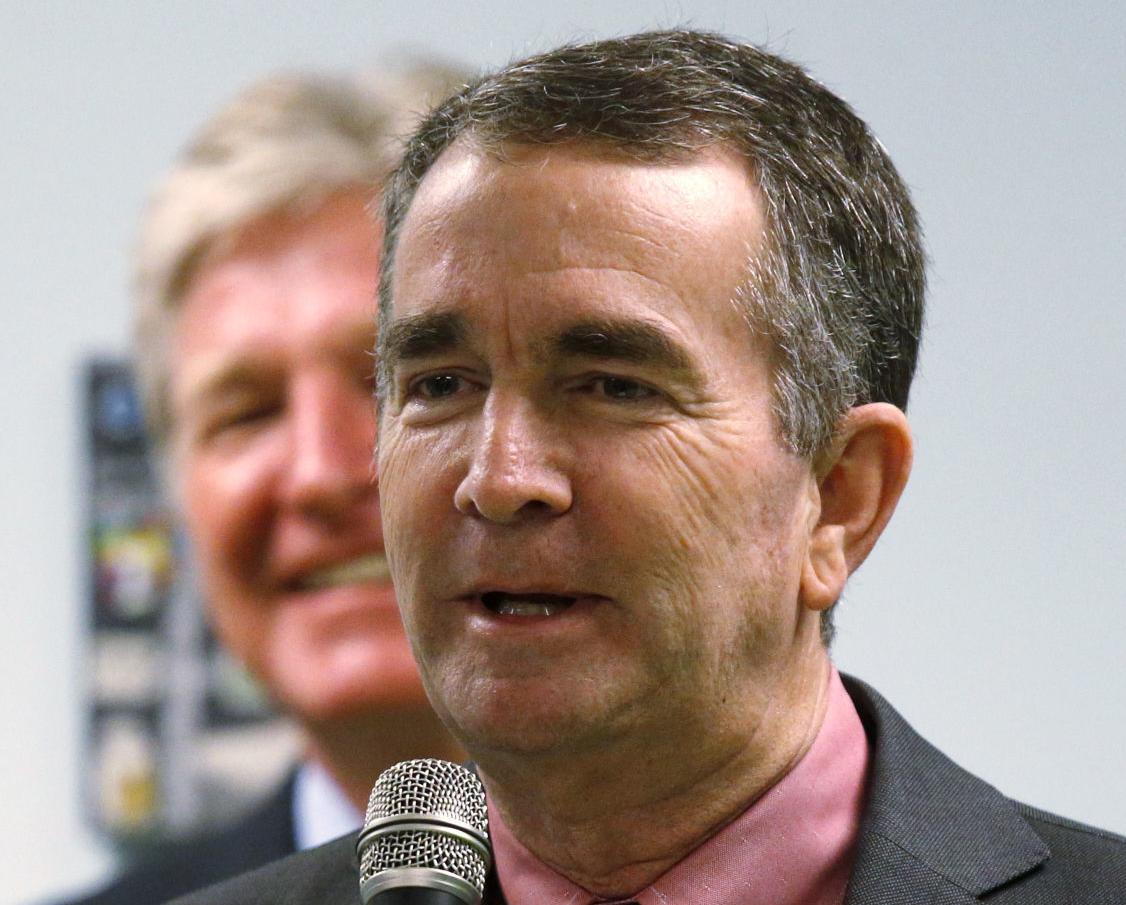 Gov. Ralph Northam said Friday that he would throw his weight behind the decriminalization of marijuana in Virginia this year but said he wants to study full legalization before going further.

Northam announced legislation Friday that would make possession of small amounts of marijuana a civil offense carrying a $50 penalty, instead of a criminal misdemeanor.

The proposal is part of a broader “criminal justice reform agenda” that includes changes to the state’s parole system, a higher threshold for theft to be considered a felony, and an increase to the age at which a young offender can be tried as an adult from 14 to 16.

Seeking to further a key 2019 win by his administration, Northam proposes to permanently eliminate the automatic suspension of driver’s licenses for unpaid fines, fees and court costs. Lawmakers had backed the reinstatement of licenses for 627,000 Virginians last year; Northam is proposing to end the practice permanently.

“All Virginians deserve access to a fair and equitable criminal justice system,” Northam said Friday during an event at OAR Richmond, a nonprofit that helps rehabilitate people formerly incarcerated. “This is a bold step towards a more just and inclusive commonwealth.”

Easing the legal consequences for marijuana possession has for years been a goal of Democrats, who have been blocked by some Republicans in a formerly GOP-controlled legislature.

Northam and other Democrats have argued that enforcement is expensive as possession of the drug becomes widespread. They also say it disproportionately jails African Americans.

The measure might see some GOP support. Sen. Siobhan Dunnavant, R-Henrico, supports decriminalization and has expressed support for the use of medical cannabis.

Northam is proposing to do away with criminal

I guess the voters of Virginia and the U.S. Government have no say in this matter either.

[Northam and other Democrats have argued that enforcement is expensive as possession of the drug becomes widespread. They also say it disproportionately jails African Americans. ]


All criminal statutes disproportionately jails blacks. Is murder really a crime if it’s decriminalized? Seems to work for abortion.

Northam is not stupid. He is, however, thoroughly evil.

Yeah just like in California and Dallas, you can steal $1000 worth of stuff and not be prosecuted. How many stores, etc., will close because they can’t afford this?

The way this Governor has gone into overdrive with leftist agenda makes me question if he was caught in bed with a young boy in a Soros honey trap.

Making it easier to rob you ....while making it harder to defend yourself. Democrats - illegals and criminals first.

Governor George Allen was one of Virginia’s great governors. Ralphie can’t hold a candle to him.

3 years ago, she was arrested for drug possession, given a suspended sentence, a pat on the head, and told not to do it again. She never reported to her probation officer nor complied with any of the terms the court set, because, why? Whatcha gonna do, give me another slap on the wrist?

2 years ago, she was arrested as part of a conspiracy to steal multiple cars and distribute meth. Again given a slap on the hand, though this time felony probation. The probation officer even made an attempt to call her and visited family to urge her to come in.

1 year ago, children now taken away, no contact orders issued, she slipped even deeper into the meth culture. Repeatedly arrested with meth, booked and released when taken to jail, most times the officers just took the drugs. She was ‘taking steps to get her life turned around’ by submitting to drug testing (yep, she's still doing drugs, probation officer didn't even bother having her hauled in.) She did get a job for 3 days.

A few days ago: When officers arrived at the scene of the shooting, they arrested the shooter as well as her - she was trying to hide the gun he used on her person, as well as having more meth again. Oops, slaps on the wrist are out the window; just in accrued suspended sentence time, she's looking at five years hard time, whereas before the longest she ever spent in jail was 3 days due to a holiday weekend. Shooter, her and her buddy were all felons.

The new charges will likely mean an additional 10 year sentence. Luckily the person shot will survive, but the DA is contemplating adding on carjacking, conspiracy charges, as well as attempted kidnapping (the shooting was over a friend who called someone to pick them up and the driver was shot at to prevent the friend from leaving...)

The criminal justice system failed this woman and her children. No responsibility for countless crimes and then all of a sudden it goes and drops a load on her. Not saying she didn't deserve it, but if with all her arrests she had spent at least a week in jail and actually had accountability in her probation program, she might not have decided to get involved in this latest incident.

This is what Northam is sentencing the youth of the state to as well as making hundreds of thousands of more victims. Soft on crime attempts have repeatedly been experimented with, and for every ‘success’ story there's a hundred who follow a similar path as my friend's daughter. Increasing levels of crime, fueled by meth, until she's looking at her kids becoming adults before she has a chance to get out on parole.

Virginians should say no. Not this time.

“We’re raising the minimum wage to a fair wage. But, if you can’t find work, you can always steal, so long as its under $1000.”

Right out of the DemocRAT playbook. Disarm the people while putting more criminals on the street. The citizens of Virginia are going to pay a high price for their foolishness at the polls last November.

No, she failed herself. Nobody twisted her arm when it came to making all those bad decisions.

Defense for no one - larceny for free.

I’m more than willing to say that the system failed her children and her family by not putting actual consequences in for her actions.

But dismissing the issue by saying she did this to herself ignores the elephant in the room - our justice system is a revolving door that sometimes even rewards criminals for their bad choices vs actually protecting society and putting in punishing consequences.

16 posted on 01/04/2020 11:36:06 AM PST by kingu (Everything starts with slashing the size and scope of the federal government.)
[ Post Reply | Private Reply | To 13 | View Replies]
To: Perseverando
A 2017 study from The Pew Charitable Trusts found that raising the [felonly] threshold did not affect downward trends in property crime and theft rates in the 30 states that made the change between 2000 and 2012.

The opposing viewpoint from the Independent Institute. Good long read.

18 posted on 01/04/2020 11:39:19 AM PST by truthkeeper (All Trump Has Going for Him is the Votes)
[ Post Reply | Private Reply | To 1 | View Replies]
To: Perseverando
I don’t think Northam is being stupid here. Reckless and irresponsible, yes. But not stupid. The old Klansman knows that he must move far to the left if his base is to forgive him for this little yearbook incident: 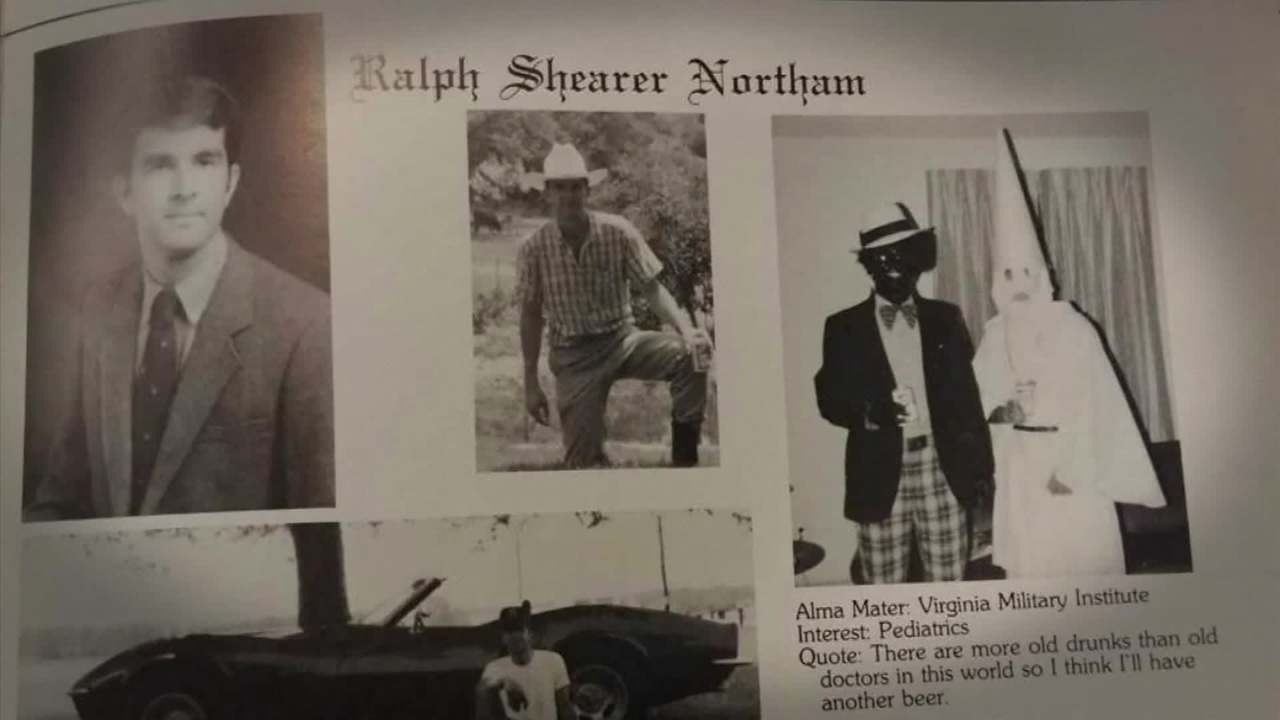 What did the state’s governor have to do with electing to carjack, kidnap and shoot someone in a crack house?