The Islamic Republic of Iran has actively courted war with the U.S. for a long time, as is shown in The Complete Infidel’s Guide to Iran. The mullahs may be hoping to provoke that war now in order to distract their people from their own miserable condition and relieve the pressure that they’re under domestically.

“US Embassy compound in Baghdad under siege as crowds protesting airstrikes break through gate,” by Greg Norman and Edmund DeMarche, Fox News, December 31, 2019:

Crowds of angry Iraqis protesting America’s recent airstrikes against an Iran-backed militia have laid siege to the U.S. Embassy compound in Baghdad Tuesday, chanting “Down, Down USA!” and storming through a main gate, prompting troops to fire back tear gas in response.

At least six U.S. soldiers were seen standing on the roof of the main building pointing their firearms at the demonstrators Tuesday afternoon as the chaotic scene is still unfolding in the Iraqi capital, where the sounds of gunfire could be heard.

Two Iraqi foreign ministry officials initially told Reuters the U.S. ambassador and staff were evacuated, but U.S. officials pushed back, telling Fox News that the embassy has not been evacuated. Further, an official said Ambassador Matthew H. Tueller was not evacuated but has been out of the country on a previously planned vacation.

“Now Iran is orchestrating an attack on the U.S. Embassy in Iraq. They will be held fully responsible,” President Trump tweeted. “In addition, we expect Iraq to use its forces to protect the Embassy, and so notified!”

Dozens of protesters, many of whom are reported to be wearing militia uniforms, are said to have come within 200 meters of the main building after busting through an entrance used by cars.

The embassy attack, one of the worst in recent memory, followed deadly U.S. airstrikes on Sunday that killed 25 fighters of the Iran-backed group, the Kataeb Hezbollah. The U.S. military said the airstrikes were in retaliation for last week’s killing of an American contractor in a rocket attack on an Iraqi military base that it had blamed on the militia.

Supporters of the militia held funerals Tuesday for the fighters killed, before setting their sights on the embassy.

The mob shouted “Down, Down USA!” as the crowd first tried to push inside the embassy grounds, hurling water and stones over its walls, the Associated Press reports. They raised yellow militia flags and taunted the embassy’s security staff who remained behind the glass windows in the gates’ reception area and also sprayed graffiti on the wall and windows. The graffiti, in red in support of the Kataeb Hezbollah, read: “Closed in the name of the resistance.”

Following the breach of the gate, an Associated Press reporter at the scene saw flames rising from inside the compound. Smoke from tear gas that was fired rose in the area, and at least three of the protesters appeared to have difficulties breathing. A man on a loudspeaker also was heard urging the mob not to enter the compound, saying: “The message was delivered.”…

Protesters angered by recent deadly US air strikes targeting an Iranian-backed Iraqi militia have attacked the US embassy compound in Baghdad.

US troops fired tear gas to disperse a crowd that breached the outer wall of the compound, which is in the capital’s heavily fortified Green Zone.

A guard post on the street nearby was also set alight.

US President Donald Trump accused Iran of “orchestrating” the attack and said it would be “held fully responsible”.

At least 25 fighters died when the US bombed bases associated with the Kataib Hezbollah militia in western Iraq and eastern Syria on Sunday.

The US said it was retaliating for a rocket attack on an Iraqi military base in Kirkuk on Friday that killed an American civilian contractor.

Iraqi Prime Minister Adel Abdul Mahdi said on Monday that the strikes had violated his country’s sovereignty and would force it to review its relations with the US.

Kataib Hezbollah’s commander, Abu Mahdi al-Muhandis, warned that the militia’s response “would be very tough on the American forces in Iraq”.

Iran described the attacks as a “clear example of terrorism”….

The situation later escalated when the compound’s wall was breached

from what I just read on Arutz Sheva, President Trump says that the U.S. will pound Iran once again, and that this is “not a warning, but a threat.”

This due to our embassy there being attacked by Iraqi militia allied with Iran (our embassador there and his staff were safely evacuated), in which windows were broken, fires set, and the protestors and militia bursting inside the embassy compound.

I think after the embassy is empty of US personnel the BUFFs should drop flyers telling everyone to vacate the area by many miles.

Then drop a MOAB right on the embassy

They do know it’s not obxxx in charge right?

And our embassy guards had ammunition this time.

Flatten a major piece of real property.
Be sure there are occupants worthy of moving on...

this was done/planned/armed
in conspiracy with Obola the Impostor and Iran
through Jarrett and Kerry.

Something tells me that we better start putting our heavy weapons manufacturing into overdrive. It seems that there’s a lot of chit going on around the world that don’t look good. While the Rat’s are distracting people with the fake impeachment bad actors around the world will take advantage and make some moves.

8 posted on 12/31/2019 4:34:10 PM PST by HighSierra5
[ Post Reply | Private Reply | To 1 | View Replies]
To: All
At least six U.S. soldiers were seen standing on the roof of the main building pointing their firearms at the demonstrators Tuesday afternoon as the chaotic scene is still unfolding in the Iraqi capital, where the sounds of gunfire could be heard.

I think I see the problem here...

A billion for that embassy. I’m sure it works. No one dead yet.

Be sure to tell them there is sexual bliss awaiting in the Embassy.

It probably is not prudent to fire on the demonstrators. But it does seem like a good opportunity to try out various non-lethal crowd control devices.

The Iraquis opened the green zone gates to allow “the mourners” (so dubbed by media) into the embassy grounds.

We can easily make it so that Iraqis will want to invade Iran again...

“President Trump says that the U.S. will pound Iran once again, and that this is “not a warning, but a threat.” 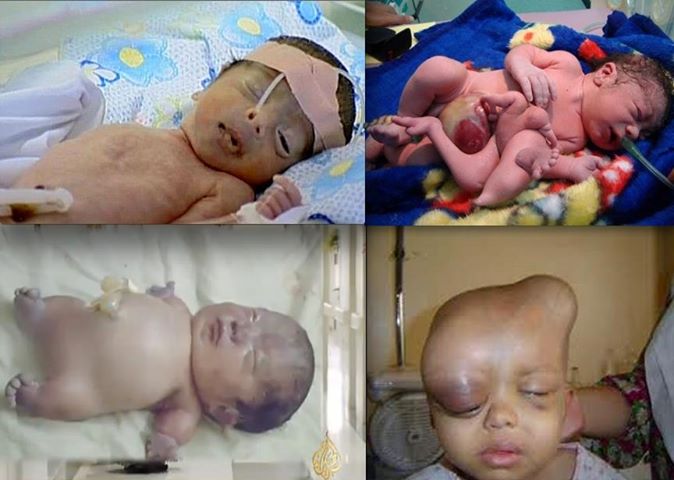 Oops, Correcting my error:Our bombing of that Country.

Why don’t you take your blame america depleted uranium bull crap and shove it over at D U.

You know that depleted uranium is used only in our Sabot-rounds for our tank guns.

Data shows that many of the DU rounds were fired in or near populated areas of Iraq, including As Samawah, Nasiriyah and Basrah. At least 1,500 rounds were also aimed at troops, the group says.

This conflicts with legal advice from the US Air Force in 1975 suggesting that DU weapons should only be used against hard targets like tanks and armoured vehicles.