Fox News host Laura Ingraham insisted on Thursday night that President Donald Trump was not actually impeached and that the entire process was “pretend.”

“America’s first fake impeachment,” Ingraham claimed one day after 230 House members voted yea to Article I of impeachment, on if Trump abused executive powers, and 229 voted yea on Article II, which accused him of obstructing justice. “Nancy Pelosi and Adam Schiff were right about one thing. Yesterday was historic. But not for the reason they claim. It’s historic because it was the first time the impeachment process has been used for purely partisan reasons.”

“One could make a fairly decent argument that the president wasn’t really even impeached,” she added, before laying out her theory, based on an op-ed by Noah Feldman in Bloomberg.

Now, why am I saying that? Because Nancy and the gang ran out of town without even naming impeachment managers, and without even sending the articles to the Senate! Do you know who else is saying this? The Democrats’ own lawyer, Noah Feldman, one of their impeachment witnesses wrote today, ‘If the House does not communicate its impeachment to the Senate, it actually hasn’t impeached the president. If the articles are not transmitted, Trump could legitimately say that he wasn’t truly impeached at all.'”

The host concluded that the whole process was a “pretend impeachment.”

“She just did this fake impeachment yesterday to get run out of town? How inconvenient. Again, it’s all fake,” she continued. “This is why the impeachment theater didn’t rate well even with the resistance watchers, both the acting and the script were lame. Fox has been Dominating the ratings since this sad saga began. Not trying to brag, but we have. The House impeached itself yesterday by perpetrating a fraud on the American people.'

Noah Feldman, a professor at Harvard Law School, published an opinion piece in Bloomberg on Thursday arguing against the House Democrats withholding the articles of impeachment, thus preventing the Senate from holding a trial.

"Both parts are necessary to make an impeachment under the Constitution:

The House must actually send the articles and send managers to the Senate to prosecute the impeachment.

The Senate must actually hold a trial," he argues. "If the House does not communicate its impeachment to the Senate, it hasn’t actually impeached the president.

If the articles are not transmitted, Trump could legitimately say that he wasn’t truly impeached at all."

Your own legal advisers are telling you this

“Both parts are necessary to make an impeachment under the Constitution”

Which clause in the Constitution says this?

The didn’t transmit the articles, holding a piece of legislation kills it.

Brought to you by the Democommie party.

Wile E. Coyote gets credit for trying. Not the Democrats.

Hwo soon before Fauxnews issues a rebuttal to their host?

Pelosi and Nadler should be charged with abuse of power.

That said, sitting on the articles and not promptly naming managers is unprecedented. The House still has the shampeachment ball. 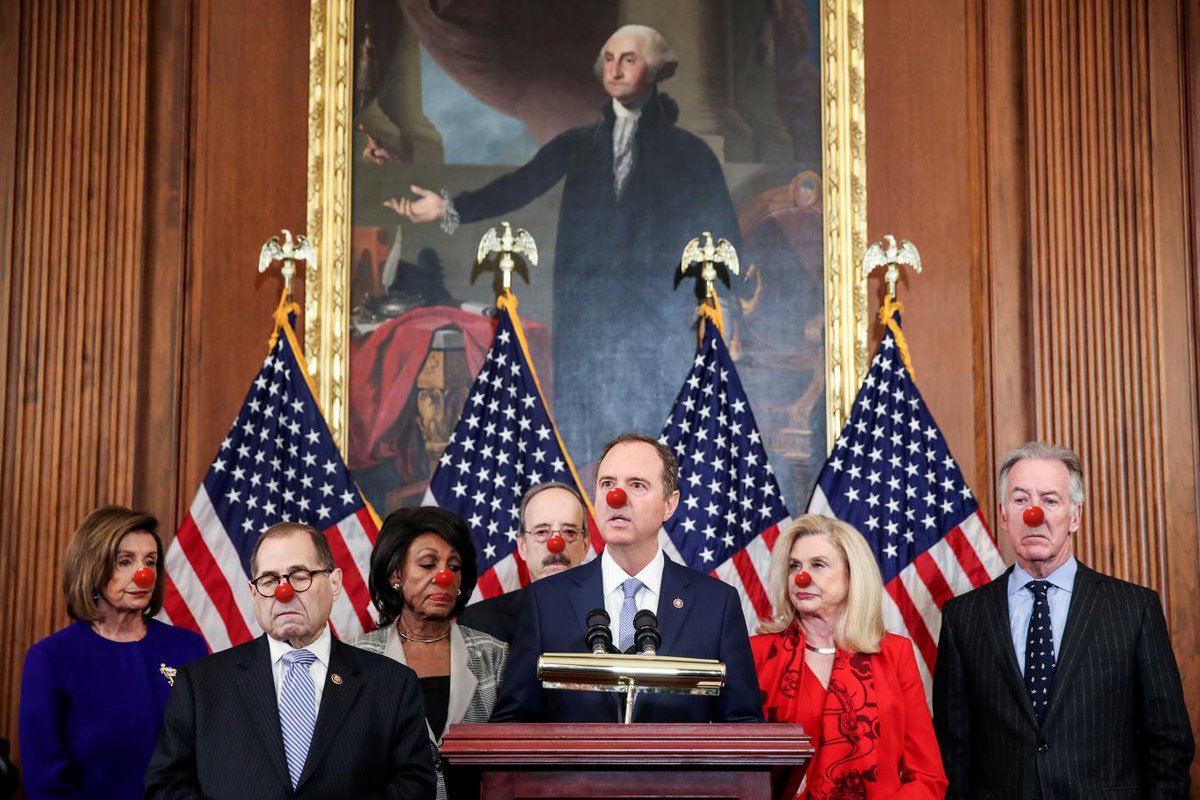 An even while they kill legislation by holding it, career lawmakers continue to brag about the legislation.

true.
there is no impeachment without the charges being brought to the tribunal (senate) and filed there

nancy realizes she has presided over a big fat loser

first charge....charges PDJT with something that HAD HE DONE IT would have been both constitutional and in compliance with our Ukraine treaty
and thus fully lawful.

second charge.. not even a crime, not an impeachable offense even if a president were to do it, in accordance with our constitutional separation of powers, and there are no established facts he did it anyway

Those Feckless Founding Fathers. They should have spent another year or two in Philadelphia working out ALL the possible details of every little nuance of governance that could have ever popped up. All they left us with was a broad framework.

Now we are stuck with “Was he or wasn’t he?”

After the impeachment vote, wouldn’t everything else be under the criminal code?