The Swedish government told the country’s main authority on crime to “correct” their reports in order to cover-up “politically sensitive” data, according to a study by Linköping University.

Brå personnel were summoned to the Justice Ministry to change their findings and that a “silence culture” based on “political steering” has been created.

“A number of interviewees testify, among other things, about how Brå’s management directly applied pressure on them to change their findings which, for political, ideological or other reasons, were not desirable,”

If the results were not liked, it meant censorship, manipulation of results, dimming some parts, and highlighting others that were not as sensitive or

Brå stopped collecting data on ethnicity and crime back in 2005 after stats showed migrants were over-represented in virtually every category of crime.

Since then, Sweden has accepted hundreds of thousands of new migrants and the country is suffering significant problems with rape, robberies, sexual assault and explosions.

Grenade attacks and deadly shootings in Sweden – concerns over which were once derided as a “conspiracy theory” by the media – now represent a “national emergency” according to a new report by Quillette.

As we previously highlighted, the media in Sweden is also complicit in hiding the truth about migrant crime.

The names have not been changed to protect the non-innocent.

What most Swedes will say is that the political system and news media of Sweden are both presently ‘broken’.

The citizens of Sweden have lost their country. Their politicians have betrayed them.

Sweden - Dying to Be Multicultural
https://www.youtube.com/watch?v=UQxajqcoBbY

I would add that the maker of this is a Leftist

It is easier just to write that the Social Democrats ran the country of Sweden into the garbage can.

And, I reckon, another analogy would be is how Slobodan Milošević (and his party affiliates) ran the country of Serbia into the garbage can.

I think I recall that Trump said there were “no go” Muslim zones in some Swedish cities, and the Foreign Minister of Sweden publicly rebuked him.

Even then, we knew they were lying.

8 posted on 12/19/2019 12:38:39 AM PST by zeestephen
[ Post Reply | Private Reply | To 1 | View Replies]
To: george76
Grenade attacks and deadly shootings in Sweden – concerns over which were once derided as a “conspiracy theory” by the media – now represent a “national emergency” according to a new report by Quillette.

Do the ass hats 🎩 running Sweden, really hate their own citizens that much? What other conclusion can I come to?

In other words, give the bearded savages a free pass to rape, destroy and kill.

Yet, the Swedish National Police stated months back, “Bombings in Sweden have reached a level that is Unique for a country not at war.”

This same policy is already pursued in many urban areas in the US.

As documented here for one:
https://heyjackass.com/

And here for another:
https://homicides.news.baltimoresun.com/

What’s different is we have 1A and can talk about it, albeit at the risk of being called a racist. In Sweden if you talk about it, you risk being thrown in prison.

Contempt for truth is the evil most fundamental to the decadence of Western Civilization.

14 posted on 12/19/2019 5:47:00 AM PST by Savage Beast (The curse of high intelligence: Having to watch the morons try everything that obviously won't work.)
[ Post Reply | Private Reply | To 1 | View Replies]
To: george76
Saw the movie "Stockholm" last night on cable. It is a fictional story of the "Stockholm Syndrome" with much artistic license. However, much of it played true and it shows how incompetent Swedish authorities were back in 1973. Still, good entertainment.

Found out why grenades a few month ago. In that part of the world if one buys enough illegal guns, the seller throws in a couple of boxes of grenades for free.

After 2008, the Obama regime ordered the Dept of Justice to stop tracking black on white vs. white on black rape statistics. 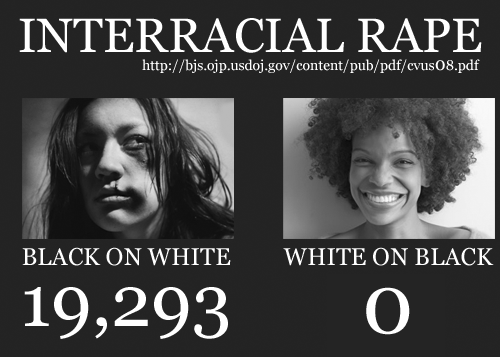 The worst part of it (beyond the “fake news” aspect, where the real news is omitted) is that people are put in danger by these policies. How many stories of attacks in the ghettoes are met with, “Why were the victims even there?”.

They are there because it is concealed from them that they are taking their lives in their hands.