61 posted on 12/05/2019 11:45:18 AM PST by Bloody Sam Roberts (In an age of artificial intelligence, teachers are creating artificial stupidity.)
[ Post Reply | Private Reply | To 17 | View Replies]
To: Libloather
" the man claimed the former vice president sent his son Hunter Biden to work for an energy company in Ukraine. "You're a damn liar, man. That's not true," Biden shot back at the man, "

So creepy joe admits that his son didn't work at burisma. He just took their money. Nice.

Well, there goes the “Trump is too crass” narrative. Only need to show THIS.

Woah, the Dems are in melt-down mode! Look at crazy hysterical Pelosi this morning, and now creepy ol’ Joe...

Perhaps you are right, although I doubt that Biden would recognize a new idea if it bit him.

They’ll probably take it even further!

That IG report must be really really bad for the Dems..you would think they would be happy I mean they are gonna impeach orange man bad right, you would think cartwheels and stuff, instead look at them, miserable as can be, like something BIG is going to come out

Where is Hunter? I thought he was going to campaign with Pops.

Yes, the crack dealers and strippers throughout Iowa, New Hampshire and South Carolina are deeply disappointed by Hunter's absence.

“Hey, maaaan— ask my Secret Service peeps! They watched me swimming at my pool. C’mon, let’s get naked and do a show and tell with female SS agents”.

This is one f’d up a@@clown. pushups, IQ test, blond hair the little negro kids could imagine feeling up his leg in the pool— a pool that definitely NEVER had any blacks in it.

Dude sounds like the character James Mason played in Mandingo. With his bare feet on the bare belly of a little black child-— more “apopcryphal” plantation days tales. From the mind of a lunatic. 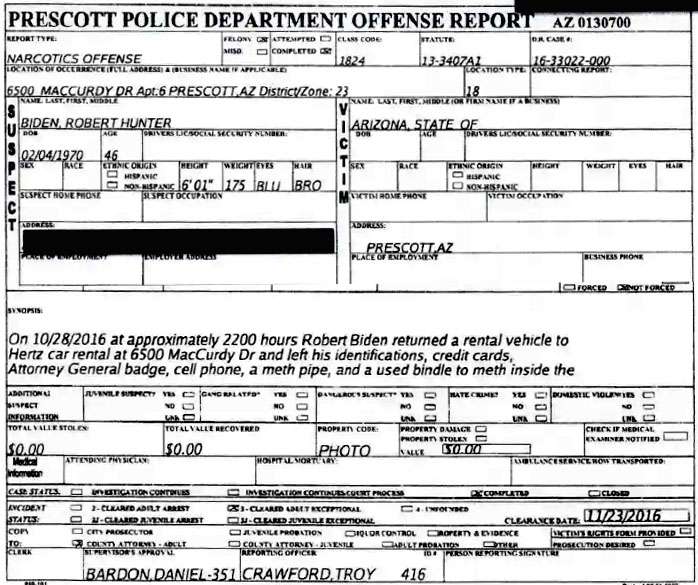 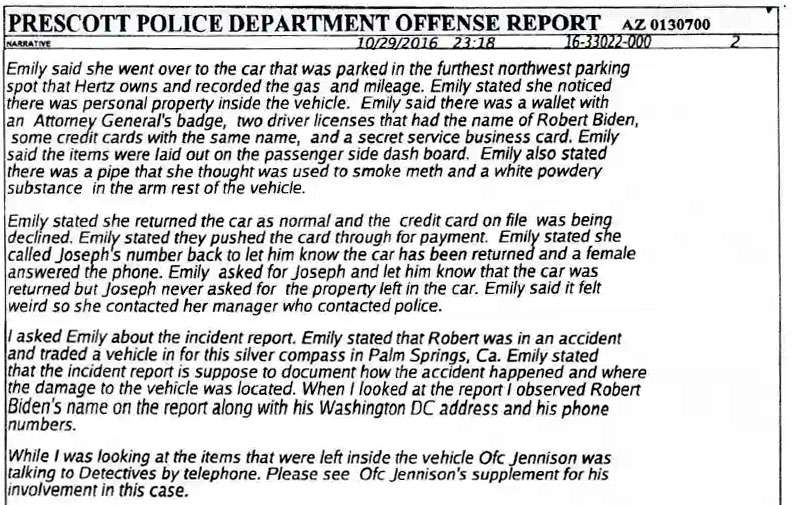 Breitbart News obtained a police report filed days before Obama's 2016 presidential election that describes a used cocaine pipe found in a rental car returned to an Arizona Hertz location in the middle of the night.

“Joseph McGee” called the Hertz rental car counter to inform them of how the keys to the car were left in the vehicle’s gas cap. “McGee” informed the rental car company employee that “his friend was feeling sick so they didn’t know what to do” when the car was returned.

He wouldn't recognize an old one, either, even if he'd plagiarized it sometime in the past.

Rush just said Plugs will be the democrat nominee.

When you're in the early stages of Alzheimer's, like Biden, expect nearly ANY type of retort.

Too old to vote for Biden? Well, he just tossed out most of his dem base.